Yeah, this is a thing that happened 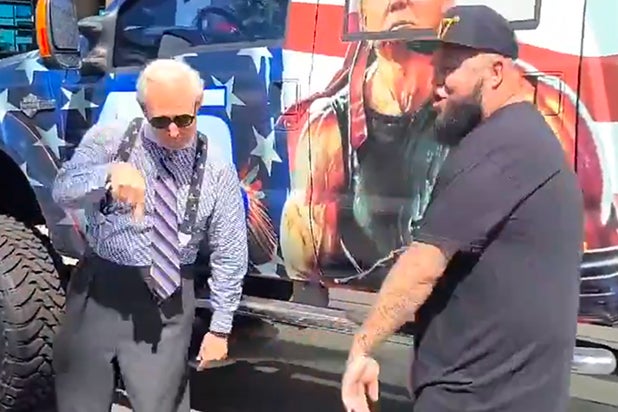 There’s a lot going on this weekend at the Conservative Political Action Conference (CPAC) but perhaps nothing will top this video of Roger Stone dancing to a Trump rapper on the streets of Orlando.

The unidentified rapper performed his song in front of a giant SUV with Donald Trump’s face painted on Sylvestor Stallone’s body from “Rambo.” The lyrics repeated Trump’s falsehood that he won the election and referred to the violent rioters who attacked the Capitol on Jan. 6 as “patriots pulling up, knocking at the Capitol.”

At the end of the video, Roger Stone can be heard saying something about his dancing skills before flashing a pair of peace signs. You can watch the video — if you dare — below.

Trump is expected to make his first public appearance since losing the election at CPAC on Sunday, as first reported by the New York Post. He has mostly remained quiet since leaving office, outside of putting out a few official statements, including one that attacked Senate Minority Leader Mitch McConnell for saying Trump bears responsibility for the Capitol Insurrection on Jan. 6. He also called in to conservative cable channels Newsmax and Fox News following the death of Rush Limbaugh.

Due to coronavirus restrictions, CPAC moved from Maryland, where it typically is held, to Orlando. Florida, as it has been this entire pandemic, has a far more lax attitude when it comes to controlling the spread of COVID-19.