It’s not always expensive to be her. Erika Jayne didn’t hold back when people claimed she no longer had a glam squad after photos of her quick trip to the gas station circulated online.

Celebs Fight Back on Social Media 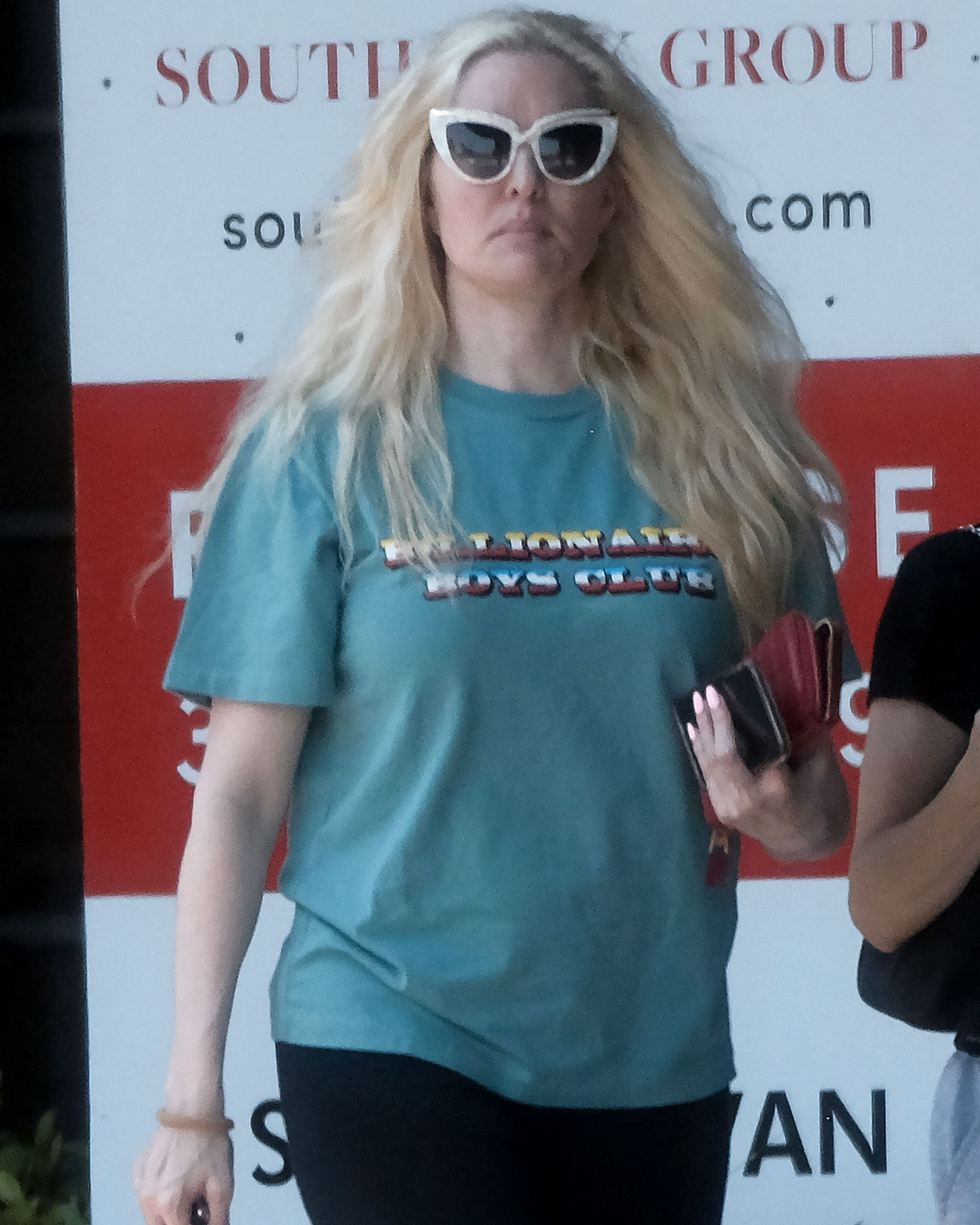 One day prior, the Bravo personality was spotted in a more relaxed outfit while running errands. Jayne wore a Billionaire Boys Club shirt and a pair of sunglasses as she spent time with a friend.

On Monday, June 21, a social media user posted the photos of the Real Housewives of Beverly Hills star and expressed some thoughts on what her casual appearance might really mean.

“These photos of erika jayne are how you know s–t has really hit the fan,” they tweeted.

Another fan came to Jayne’s defense, replying, “Y’all don’t know s–t about erika cause this has always been her when she’s just hanging with her friends. but go off i guess.”

‘The Housewife and the Hustler’: Biggest Bombshells About Erika and Tom

The reality star agreed with the fan and continued to “like” supportive tweets about her choice to opt for a less extravagant look. Jayne later decided to tweet a gif of herself from an RHOBH episode to offer one final piece of advice.

“Go be offended at your own life,” the singer said in the animated post.

The comments about Jayne’s appearance come after the ABC News documentary The Housewife and the Hustler questioned her possible involvement in her husband’s alleged embezzlement from his clients.

Jayne filed for divorce from Tom Girardi in November 2020 after more than 20 years of marriage, and one month later, the estranged couple were accused of stealing settlement funds intended for the families of victims killed in a 2018 plane crash.

The Housewife and the Hustler, which was released earlier this month on Hulu, featured former clients from whom Girardi, 82, allegedly stole. Shortly after the doc premiered, Jayne’s legal counsel filed documents to stop working her bankruptcy case.

“The relationship of trust and confidence that is essential to a properly functioning attorney-client relationship has broken down and, in the good faith assessment of counsel, the relationship is irreparable,” her lawyers wrote in the documents.
Us Weekly confirmed days later that the attorneys filed to dismiss their petition on Friday, June 18.

Jayne previously denied having any knowledge of her husband’s legal issues in clips from RHOBH. Girardi, for his part, told the judge earlier this month that he wants to end his conservatorship after a temporary one was granted in February.

Court documents revealed in March that following a diagnosis of late-onset Alzheimer’s and dementia, Girardi’s brother assumed control of his daily activities and personal care.

“I think that we should put together the reasons why the conservatorship should be dissolved, and then we’ll address it, address the court,” Girardi said in a virtual court hearing in June. “Right now, I have nothing to say to the court.”

While the Atlanta native has not publicly discussed her legal issues, her costar Kyle Richards recently offered an update on how she was dealing with the ongoing drama.