The Pioneer Woman show may look a bit different when Ree Drummond’s original film crew returns. Drummond teased that new The Pioneer Woman episodes will likely be a hybrid of the old format and how it’s been with her family as her crew during the pandemic.

Drummond’s daughters Alex and Paige, her nephew Stuart and son-in-law Mauricio took over filming The Pioneer Woman when the pandemic shut things down.

It worked out well, as Drummond enjoyed having her family on board to keep the show running. “Alex and Paige take turns operating the main camera (the camera I talk to, that follows my cooking),” Drummond said on The Pioneer Woman website. “I think they just have a sense of my rhythms, so they can anticipate when I’m going to want them to zoom in on the food and so forth.”

The only drawback was that the show no longer highlighted the goings-on around the ranch. Many fans missed seeing this slice of Drummond’s life but other fans loved the more laid-back vibe of the Food Network host joking around with her family.

On Jan. 15, Drummond took to Instagram to share how the show will return to showing life on the ranch. “We filmed this show last fall, and are looking forward to starting filming again next month!” she shared in the caption. “We’re going to start shooting more of the ranch activities again, which I’ve missed … and later this summer, my original crew from the U.K. will be coming back for the first time in over two years.”

On May 4, Drummond took to Instagram to say goodbye to her nephew. “My sweet Stu!! We knew this day would come. Today was my handsome nephew’s last day of filming my cooking show,” she noted in the caption. “He stepped in with my kids during the early days of the pandemic and helped shoot a couple of episodes on iPhones, and he also helped do some dishes. That was April 2020 … and those ‘couple of episodes’ turned into like 80 or more.”

She added, “Now he’s off to a summer internship in Chicago then back to college in the fall, and my original crew will come back in July! I love this kid so much, and we’ve had the greatest laughs. So proud of you Stu, and Aunt Ree will miss you so much!!!” 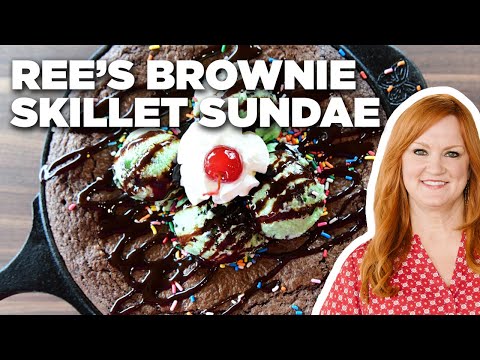 In an interview with People, Drummond shared more about filming during the pandemic. “​​It’s been an incredible bonding experience for the kids and me,” she explained. “Alex and Mauricio weren’t even engaged yet when the pandemic initially hit. And so it was a really great time for us to get to know Mauricio and just kind of have that purpose together during that crazy first few months.”

Drummond’s original TV crew returns in July but she promised her family will still be part of the show.

“We’ve all been talking and we kind of want to create a new version of the show that sort of marries the two eras — the kids shooting era and then the original,” she explained. “So it’ll be fun to kind of see where the show goes when my crew comes back.”

She loved the casual nature of filming with her kids, saying it “allowed me to really take the show in a more off-the-cuff, natural direction.”

“It’ll be so fun to create a whole new kind of a hybrid show,” she added.