Rebel Wilson took to Instagram to share a new photo of a scale and reveal that she reached her goal weight ‘even though it’s not about a weight number, it’s about being healthy.’

Rebel Wilson, 40, is celebrating reaching her goal weight a month earlier than she expected! The actress shared a pic on her Instagram story that showed a scale with 74.6 kgs, which is roughly 165 pounds, on it and used the caption to reveal the happy news with her followers. “Hit my goal with one month to spare! Even though it’s not about a weight number, it’s about being healthy, I needed a tangible measurement to have as a goal and that was 75kg’s,” the caption read.

Rebel went on to explain that she was planning on going on Instagram Live this week to talk about her weight loss journey with her fans. “I wanna go live on Insta on Tuesday night when I’m back in US to share stuff with you guys and thank everyone for their support. S000 until then…6pm NYC time,” she wrote.

Rebel’s thrilling news comes after she’s been inspiring her followers and others with her weight loss over the past several months. The blonde beauty hasn’t been shy when going into details about the process and even revealed she used to eat “3,000 calories’ a day before changing her habits to lose the weight. “Before I was probably eating 3,000 calories most days, and because they were normally carbs, I would still be hungry,” she told PEOPLE this month. 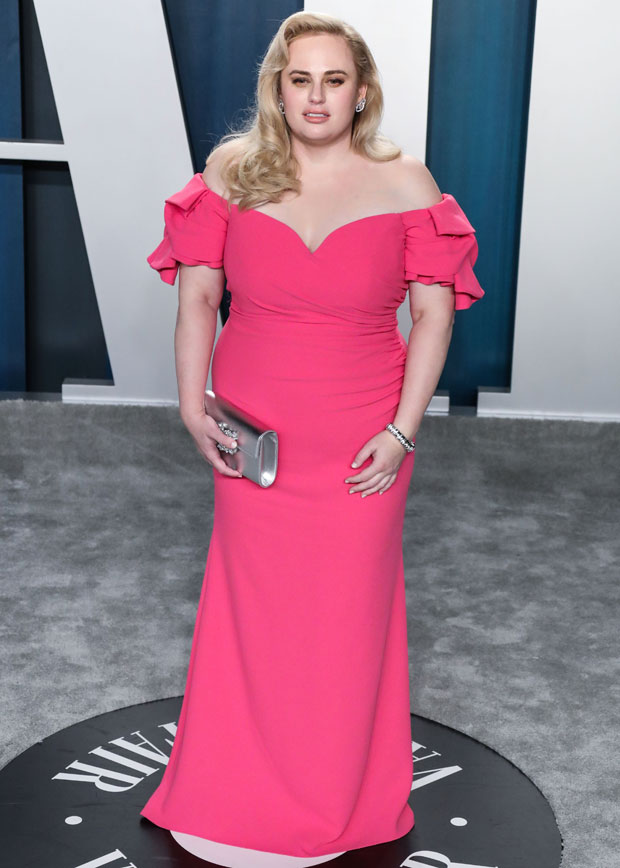 Rebel went on to reveal that once she changed to a high protein diet, she was able to start losing the pounds because she stayed full for longer. “So, I’ve really changed to eating a high-protein diet, which is challenging because I didn’t used to eat a lot of meat. I eat fish, salmon, and chicken breast,” she explained before admitting she has cheat days. “Some weeks are just write offs, and there’s nothing you can do about that,” she said.

No matter the number of pounds, Rebel is “just trying to go for overall balance, overall healthy balance.” “I have this state of being, which is not my quote, but I go ‘Nothing is forbidden’,” she added. “We’ll be like, ‘Should we get In-N-Out burger?’ And I’m like, ‘Nothing is forbidden.’ I can go there, I just might eat half of what I used to eat before. You know? And I’ll have a burger, and a few fries, and then you feel fine.”