Another royal baby is on the way! Princess Beatrice and her husband, Edoardo Mapelli Mozzi, are expecting their first child together.

Princess Beatrice is pregnant! Buckingham Palace confirmed on May 20 that the royal is expecting her first child with Edoardo Mapelli Mozzi, who she married in July 2020. “Her Royal Highness Princess Beatrice and Mr. Edoardo Mapelli Mozzi are very pleased to announce that they are expecting a baby in autumn of this year,” the statement read. “The Queen has been informed and both families are delighted with the news.”

Beatrice and Edoardo met in 2018, and were engaged in Sept. 2019. Their wedding was set for May 29, 2020, but had to be postponed amidst the coronavirus. Rather than revealing new plans for a big wedding, Beatrice and Edoardo held a private ceremony at the Royal Chapel of All Saints in Windsor on July 17, 2020. They did not announce the news until after they were already married. 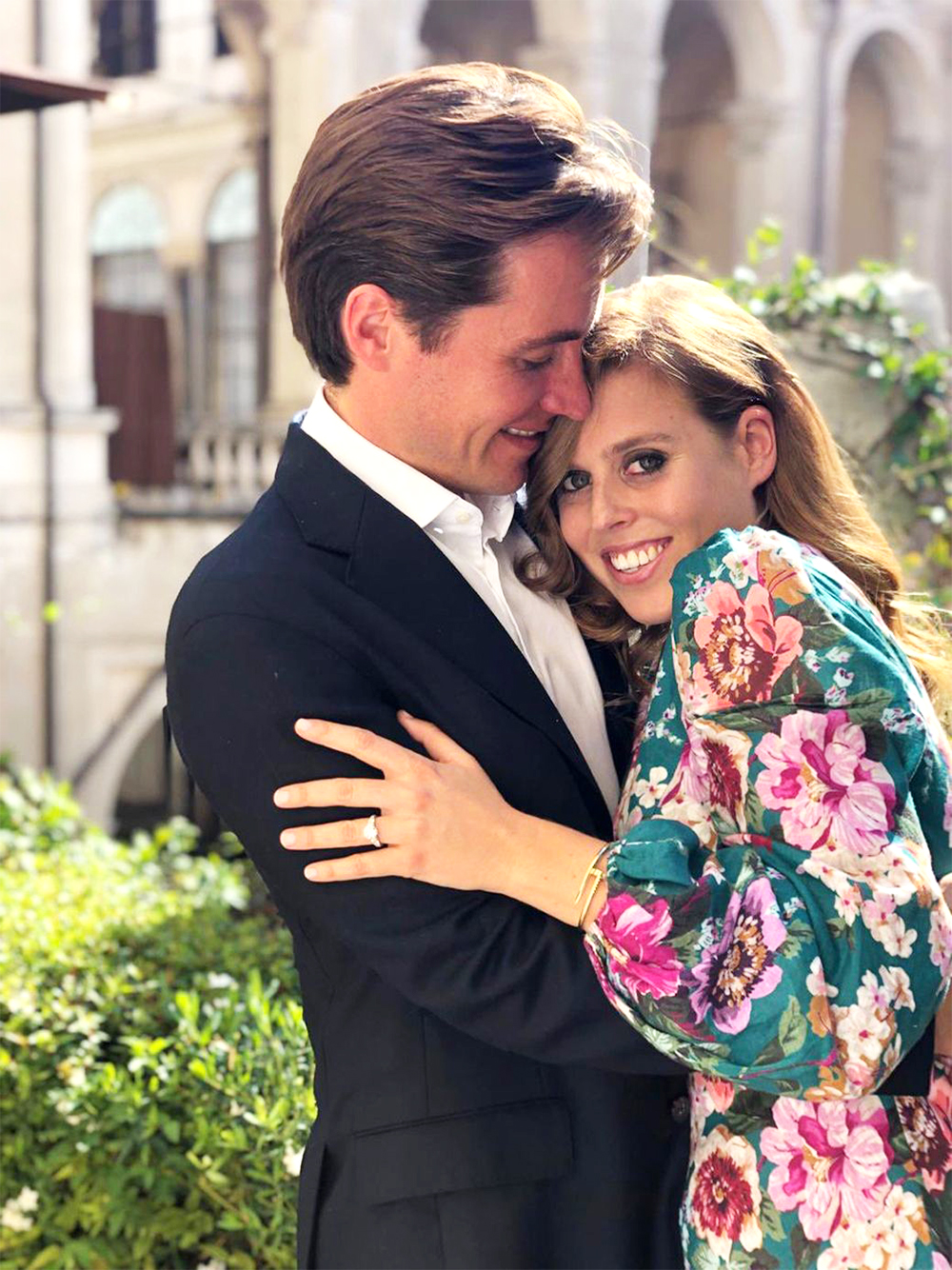 At the wedding, Beatrice borrowed a dress from her grandmother, Queen Elizabeth II, who was in attendance for the nuptials. The Queen loaned Beatrice a Norman Hartnell dress, which was remodeled and refitted for the 32-year-old to wear on her special day. Beatrice also wore the same diamond tiara that Queen Elizabeth wore on her own wedding day, so she really took the “something borrowed” portion of her nuptials very seriously!

While this will be Beatrice and Edoardo’s first child together, he already has a son, Christopher Woolf, who was born in 2016, from a previous relationship. Edoardo was engaged to architect Dara Huang before they split in 2018. Meanwhile, Beatrice’s sister, Princess Eugenie, just gave birth to her first child, a baby boy named August Philip Hawke Brooksbank, in Feb. 2021.

Beatrice is the daughter of Prince Andrew, the Duke of York, and Sarah, the Duchess of York. Her grandparents are Queen Elizabeth and the late Prince Philip, which means she is cousins with Prince William and Prince Harry. Due to her place in the royal family, Beatrice is ninth in the line of succession to the British throne. Congratulations to Beatrice and Edoardo on their exciting pregnancy news!