Polyamorous ‘throuple’ fire back at critics of their relationship: ‘We come from different schools of thought’ 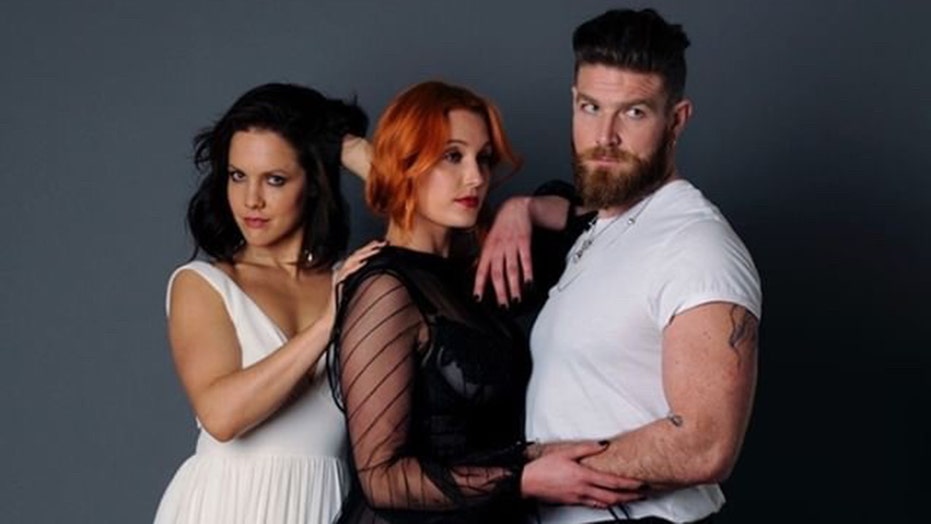 LOS ANGELES – Since their appearance as a “throuple” on “Red Table Talk” last month, Cathy and Thomas Keen, along with their girlfriend Nicole Everett, have been full steam ahead in discussing their three-way relationship and why their union works so well.

Cathy and Thomas, a polyamorous couple who have been in a relationship for a decade and share a 7-year-old son, along with Nicole, spoke with Fox News about the challenges of maintaining a marriage after a third party has been fully integrated into a relationship — specifically when family and religion come into play. 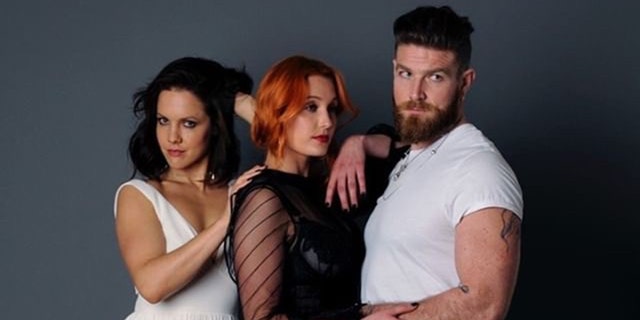 “There were issues initially when the relationship first came to light," Cathy shared. "Actually prior to us being with Nicole we had a couple of relationships with other people and we decided to tell our families because we wanted to be truthful about that,” she said, speaking about the time they elected to come clean about their arrangement with Nicole.

“There was just this undeniable chemistry and Thomas never behaved in a manner that was disrespectful at all.”

“It was difficult for them. I come from a strict Christian background so the initial reaction was one of shock,” the 39-year-old added. “Although they have been very supportive and I think that Nicole is a big part of how we've normalized with them because they've met her, they love her, they respect her and they can see our relationship as a three is not something that is threatening to the family.”

Nicole, 27, and Cathy had been friends before the "throuple" came to exist — the pair worked together at Feeld, a dating app for open-minded couples and singles. Cathy said she had no doubt Nicole and Thomas would hit it off.

“I do feel like it's specific to his situation because Nicole was my friend beforehand and I did have a consensual part to play them meeting,” said Cathy. “There was just this undeniable chemistry and Thomas never behaved in a manner that was disrespectful at all.”

“There was this tangible thing that you could feel,” she added. “And the reason I think I enjoy that is because I felt a certain sense of control of the situation because I was part of it, I was considered as much in the situation as they were.”

Cathy even joked that she thinks it’s “a bit of a kink” out of people finding her husband attractive. “I've spoken to psychotherapists about it in the past. They said it displaces jealousy — it's how your body manifests it, but it doesn't feel like that's me,” she added. 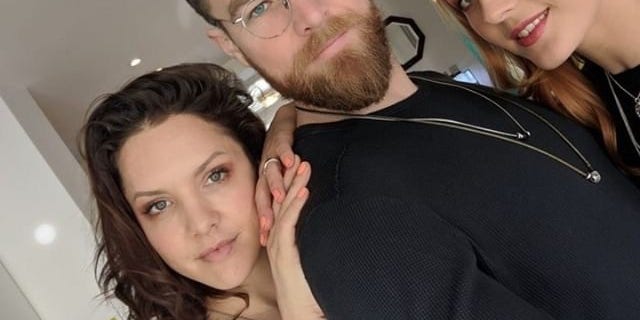 Nicole echoed Cathy’s sentiment of sparks immediately flying between herself and Thomas, adding that she had no idea what she would ultimately walk into and noted that her parents were also taken aback by the union.

“That's the main point to mention there is that they've met me, I'm not some kind of a loose creature that's spoken about — I'm a real person,” Everett explained. “And I mean, we all get along so well, so it's like the moment that you meet that person, it's like your fear of what you've been worried about almost like fades away.”

“My family were a little bit like, 'What the heck?' They had no idea what was really going on,” added Nicole. “But I think that as time progresses and they see that you're genuinely happy, they can't really have anything against it. And I've seen that happen with both of Cathy’s parents and Thomas' mom as well.

Despite being at the forefront of the conversation surrounding polyamory, Cathy said she was surprised to hear and read some of the backlash she, Nicole and Thomas received following their “Red Table Talk” chat with Jada Pinkett Smith, mother Adrienne and Willow Smith — of whom Nicole said she was “enamored” because Smith has remained so open about her relationship preferences.

“This is the first time we've come up against that because I feel like the U.S. audience is more conservative, more kind of Christian, although I saw a few Muslim women have written a couple of things too,” Cathy said.

“But it's the first time that we've come up against any kind of criticism based upon religion because in London people just don't hold the same faiths that they used to, maybe. It's just full of heathens basically. So yes, it was a bit of a shock to hear that.”

Cathy said though she understands the perspectives of those who may be uninformed of the lifestyle they share. Cathy contests that she, Nicole and Thomas simply “just have very different ideas about sex,” and see it as a “spiritual thing that you can use to connect with other people, not something that has to be just between two people.”

“I do understand why that is kind of like quite a difficult subject for certain people. The one thing I would say about that is that sex especially seems to get really demonized by those types of people who will respond to it,” she said.

“And for us, having sex is just a normal part of human existence, you know. It's not like this dirty, filthy thing to us. Yes, there are physical urges there, but it's a natural expression as well and it's a way of building intimacy and bonds and it's not something that we see as problematic,” Cathy added.

Nicole, Thomas and Cathy are all children of divorced parents, thus Cathy says she sees a new shift in the stigma behind polyamory and ethically non-monogamous relationships and believes part of the reasoning behind people becoming open with exploring the topic is linked to the divorce rate among married couples.

“Over 50 percent of marriages end in divorce and 55 percent of them cite infidelity as the main reason for the divorce and obviously that’s quite a lot,” said Cathy. “The rest of them are probably telling fibs or telling lies about what the reason was so it's obviously an epidemic issue and it's something that people who are growing up now as adults want to avoid because a divorce, regardless of the reason, is really destructive to families and children especially.”

I’m sorry that we do offend some people with it, but essentially [it’s] just because we have a different set of beliefs that are governing the way that we behave.”

Additionally, when it comes to the way their son has adjusted to his parents and Nicole's relationship, the triple threat has relished in the way he’s taken things in stride and has accepted Nicole into the fold.

“It just happens organically and most recently when we were actually flown to L.A. for the ‘Red Table Talk,’ Cathy and Thomas' son came along as well. And it was just such a lovely experience to have him there with us and sharing that experience as a family, essentially, rather than a relationship,” Nicole gushed, adding, “That’s just really warming.”

Cathy agreed and further cited the lack of information available to the previous generation as a potential reason why a mainstream understanding of the lifestyle hasn’t yet come, even in 2019.

“I think it's just coming from very different schools of thought — we accept that. We like to practice differences of opinions because it stimulates debate and debate stimulates conversations. And that's education, you know.”

“I'm not offended by hearing that. I'm sorry that we do offend some people with it, but essentially [it’s] just because we have a different set of beliefs that are governing the way that we behave.”