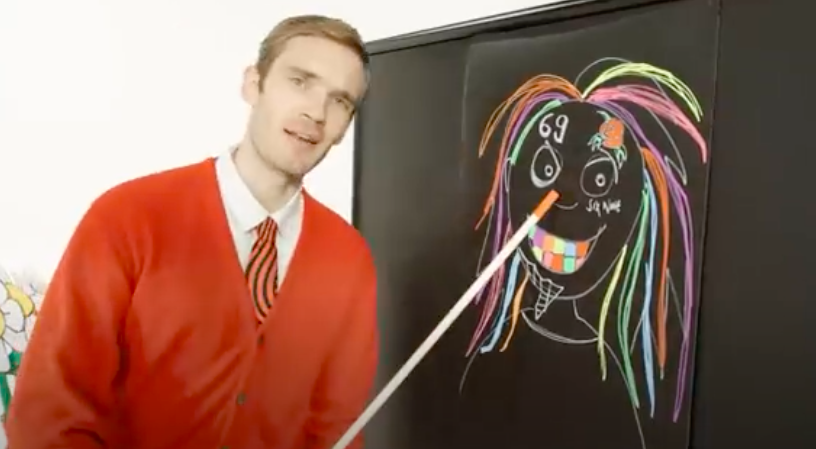 PewDiePie’s diss track which took aim at children’s channel Cocomelon, has been removed for violating YouTube’s ‘bullying and harassment’ policy, with the site saying the video ‘crossed the line’.

Cocomelon, which has 105 million subscribers, is known for its nursery rhyme content for children.

The YouTube star, who boasts a following of more than 109 million, doesn’t have any real beef with the kids’ channel, which is following hot on his heels at 105 subscribers, but jokingly mocked it in his highly-anticipated video, as well as unexpectedly taking aim at rapper Tekashi 6ix9ine.

When a fan questioned the site, the TeamYouTube account responded saying: ‘(1/2) Jumping in to clarify–this video was removed for violating two policies: 1) Child safety: images/themes for kids but containing inappropriate content 2) Harassment: by inciting harassment @ other creators, we allow criticism but this crossed the line. Details in image below.

‘(2/2) Also note: any reuploads of the original, including full length or partial reuploads, clips, etc will be removed too. Still images are ok. Also dropping the policy links below for reference.’

It’s not the first diss track Felix has turned his hand to, previously taking aim at record label T-Series in his video B**ch Lasagna amid their subscriber battle and race to 100 million.

Spoilers: Nick worries for Sam as he suffers a meltdown in Corrie
Celebrities