The ‘Saturday Night Live’ star was spotted getting some shopping done after his alleged text exchange with the rapper leaked.

Pete Davidson didn’t look bothered that he’d gotten stood up by Kanye West. The 28-year-old comedian was seen out and about on Sunday March 13. The sighting came shortly after an alleged text conversation between him and the 44-year-old rapper was leaked by his friend Dave Sirus. The comedian was dressed casually while doing some shopping at Maxfield in Los Angeles. 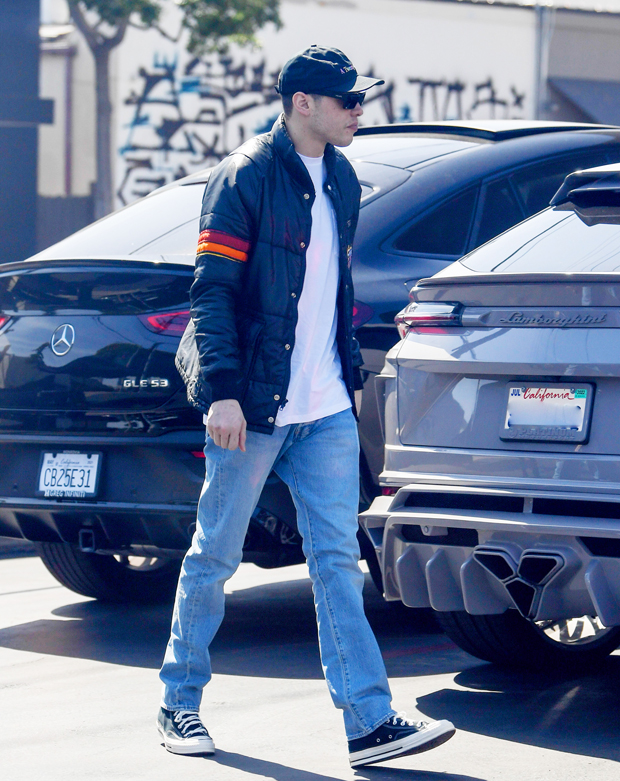 Pete rocked a white t-shirt and blue jeans along with black Chuck Taylors, while taking the stroll. He completed his outfit with a cozy looking black jacket with a red and orange on the sleeve. The Saturday Night Live star kept his profile pretty low by sporting a pair of shades and a black baseball cap. He was also spotted smoking in his car.

The photos came after Pete’s alleged texts with his girlfriend Kim Kardashian‘s estranged husband were leaked. In the messages, Pete both asked the rapper to stop his continued attacks on both him and Kim, while also seeming to make a peace offering and trying to chat with the rapper. The King of Staten Island star had asked the rapper to “Calm down” and called Kim “the best mother I’ve ever met.” Before Pete had offered to talk, he did stand his ground that he wasn’t “gonna let [Kanye] treat us this way anymore,” and when the Donda rapper asked where he was, Pete responded, “In bed with your wife.” 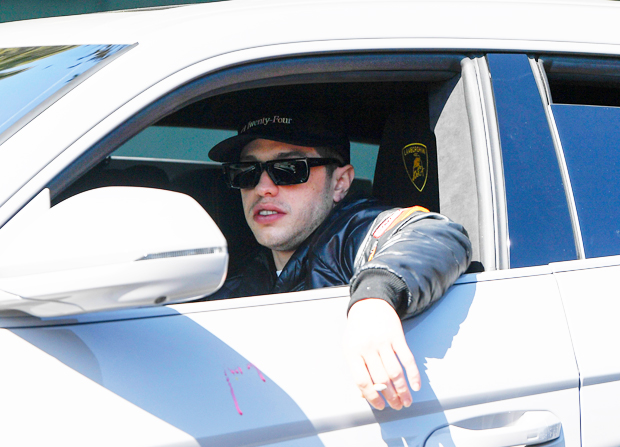 Later in the conversation, Pete offered to meet with Kanye, but the rapper insisted on the SNL funnyman going to his Sunday Service, but Pete refused insisting that they go somewhere more private. The comedian seemed like he was genuinely trying to settle the beef. “I wish you’d man up for once in your life,” he wrote. “You have no idea how nice I’ve been to you despite your actions towards me.”