Pedro Pascal has had some pretty big final months of 2020. Season 2 of The Mandalorian not only came in and really brought in the big punches in the Star Wars galaxy, including a ton of characters from past series and movies along with an awesome finale. But he also starred in Wonder Woman 1984 as the enigmatic villain of the film that is arguably the best part of the sequel.

But did you know he’s longtime friends with American Horror Story star Sarah Paulson? She also had a pretty big year, regardless of COVID-19 pushing back AHS’s Season 10, which would have seen her return to the series after her year off. She starred in the Netflix premiere of Ratched and Hulu’s Run. Not to mention her Instagram game has been on point.

So how did they become friends? Well, it wasn’t on a red carpet, but rather as teenagers in New York City. 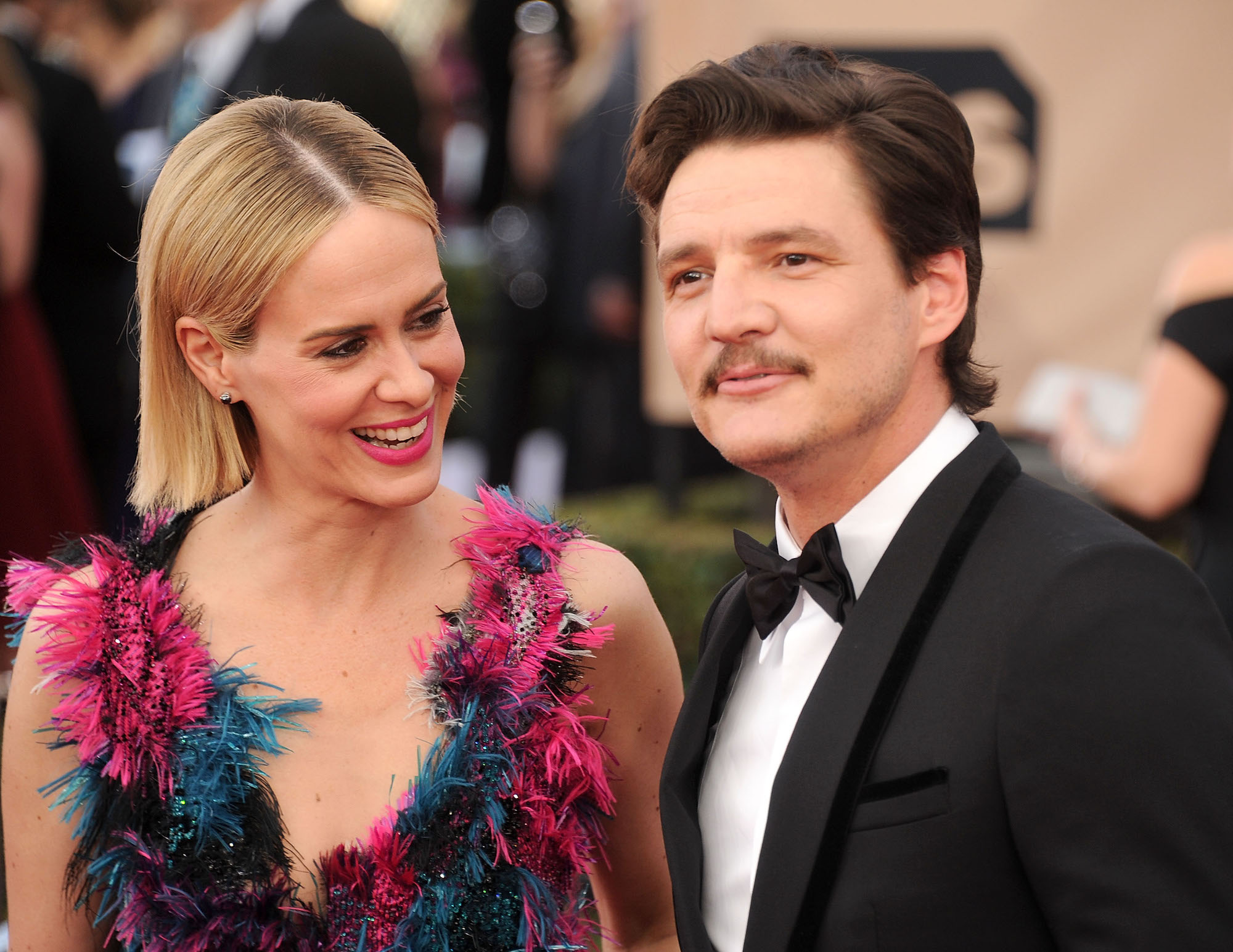 In 2014, Paulson interviewed Pascal for Interview Magazine and while it might seem like a very interesting pairing at first, the conversation quickly revealed why it was such a great matchup. The two actors met when Paulson was 18 and Pascal was around 17 in NYC. Pascal attended  New York University’s Tisch School of the Arts and Paulson grew up between Queens and Tampa, FL. So when it came to high school she attended the famed LaGuardia High School and then the conservatory American Academy of Dramatic Arts.

Basically, the two knew they wanted to be actors pretty young and went on to educate themselves to do just that. And the interview, even though it’s in print, shows how their close friendship jumps off the screen.

They told the story of how the first day they met, they linked up with friends on the Upper East Side and went to go see the film Fearless, which had all of them “sobbing” by the end of it. Then they went to the park and drank some 40s and ran into none other than actor Woody Harrelson, who Pascal and Paulson “fanned out a little bit” about. But no one else they were with knew who it was.

They met in 1993 and said that they kind of fell out of contact when Paulson went to Los Angeles to start working. Pascal noted that she was the first in their friend group to start working professionally, and they “went through a period where we didn’t talk as much,” but there weren’t any hard feelings. Just distance.

Then Pascal went to LA and they resumed “chapter two” of their friendship, even after he had to go back to New York again. And the rest is basically history. You can go back and look at their exchanges on Twitter or posts on Instagram, which are all quite cute.

In another part of their conversation, Paulson talked about how Pascal actually drags her to a lot of horror movies, which she doesn’t particularly like. Which is funny considering she stars in almost every season of American Horror Story.

“The number of horror movies that you’ve taken me to is copious,” she said. “You have a problem. No matter how bad they are, you drag me to them.”

It seems like her issue is with how bad a horror movie is, or how gory it is. Not necessarily that it’s horror. But regardless, Pascal revealed that he’s liked them since Poltergeist came out when he was a child. And he saw it way too young.

“You were like a master manipulator since the time you were six and it still happens,” she continued. “‘It’ll be fun, I promise!’ And it just cuts to me throwing popcorn at you.”

Both Pascal and Paulson were catapulted to stardom thanks to ‘Game of Thrones’ and ‘American Horror Story,’ respectively

The interview is very fun to read, and they touch on several projects. By 2014, Paulson had appeared on the first few seasons of American Horror Story and Pascal had already had his stint on Game of Thrones as Oberyn Martell. And both of those roles are what launched these two actors to stardom, even though they had over a decade of work under their belts before them.

“There’s a side of it—like leaving the apartment and running into someone who wants to take a selfie with you where they’re crushing your head,” Pascal said when Paulson asked about how Game of Thrones had changed his life.

Pascal noted that by this point Paulson had already been “exposed” to this level of stardom before him, so she knows a bit more about fame.

“I would hold the camera so often for people—I would be taking the picture for you guys,” Pascal said about how he used to be in the background for Paulson. “I got a more intimate impression of that type of attention through you. [But] it’s been nothing but positive. It’s opened doors for me that had been closed for many years.”

At the time of this interview, Narcos hadn’t come out yet but he was working on it. That would go on for three seasons. And of course, this was way before The Mandalorian and the other movies Pascal has done. These two close friends are far from finished, and it’ll be fun for fans to follow their careers going forward.