ONE Championship's Eddie Alvarez Eyeing MMA's Triple Crown, 'I'd Be Greatest Lightweight Ever' 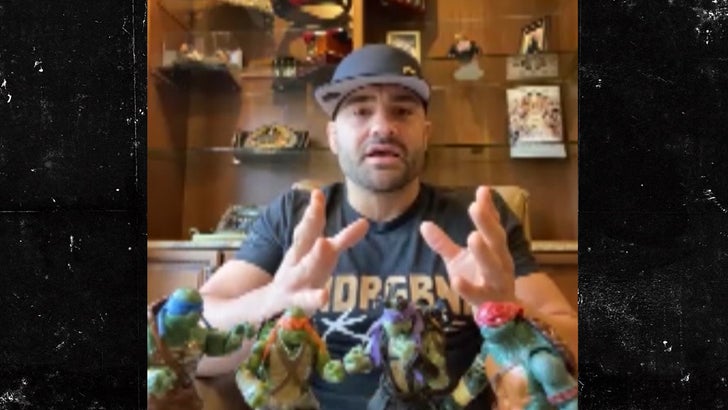 MMA legend Eddie Alvarez is gunning to be the very first fighter to hold a belt in the world’s top 3 fighting orgs. — ONE, UFC & Bellator — and he’s damn close to making his dream come true.

Alvarez is taking on Iuri Lapicus at “ONE on TNT I” on April 7 in a fight that would put him one step closer to getting a shot at ONE Championship’s lightweight title.

Lapicus is currently ONE’s #2 ranked lightweight fighter — and defeating him would throw Eddie right in the mix for a championship fight.

Alvarez — who was the lightweight champ in UFC and Bellator — says winning the belt in ONE would make him “the greatest lightweight that ever lived.”

Alvarez continues, “No one has done it. No one will ever do it. You have to be crazy as I am but I love this sport.”

The 37-year-old fighter has a solid resume with victories over stars like Justin Gaethje, Rafael dos Anjos and Michael Chandler … some seriously tough dudes.

Alvarez will be fighting on the same incredible card as Demetrious Johnson — who’s taking on Adriano Moraes for the ONE Flyweight World Championship.

DJ is definitely in the conversation for greatest MMA fighter of all time — and a victory over Moraes would certainly bolster his argument.

TNT will host ONE Championship fights every Wednesday in April at 10 PM ET/10 PM PT, starting on April 7 … with some real killers in the mix.