Gardeners’ World presenter Monty Don, 65, has taken to Twitter to comment on how much the TV licence fee payer is contributing towards the production of the BBC series. In view of his 213,800 followers, Monty hit back after a social media user commented on a picture of the TV series being filmed by just the presenter, which he supported for keeping “costs down.”

Sharing a view of his garden set up with a technical kit, Monty gave his followers a behind the scenes insight into how he and his fellow presenters film the favourite gardening show during the coronavirus lockdown.

In the caption of the picture, the expert gardener lamented the absence of his production crew.

He wrote: “My film crew in the garden today. Great kit – shame about the absence of human beings attached to them! However, we get by.”

Despite the picture receiving nearly 3,000 likes in support, one of Monty’s followers claimed that the lack of crew was a good thing, as it would bring costs down for the TV licence payers. 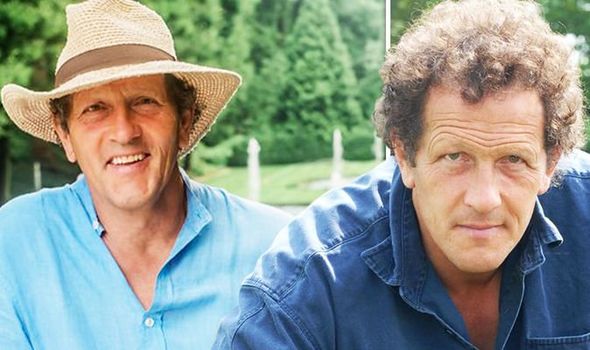 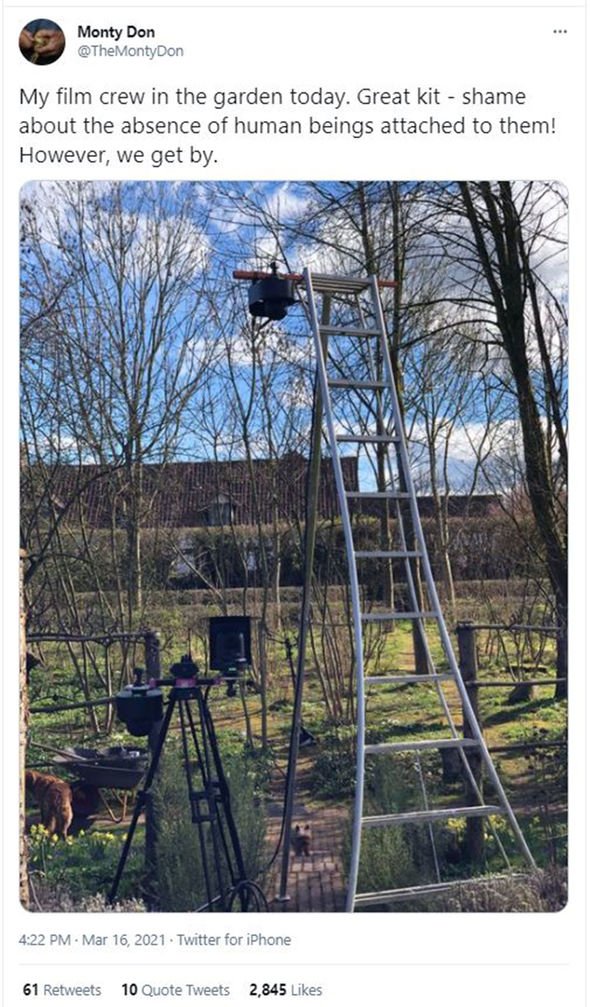 They wrote: “If it keeps the cost down then maybe the licence tax will come down or the elderly won’t have to pay.”

However, the BBC presenter hit back and claimed that despite the socially distanced production being more expensive, a year of producing and filming Gardeners’ World costs only 1p.

He penned: “It is actually more expensive.

“But bear in mind the cost of a whole year of GW costs around 1p per licence fee payer. 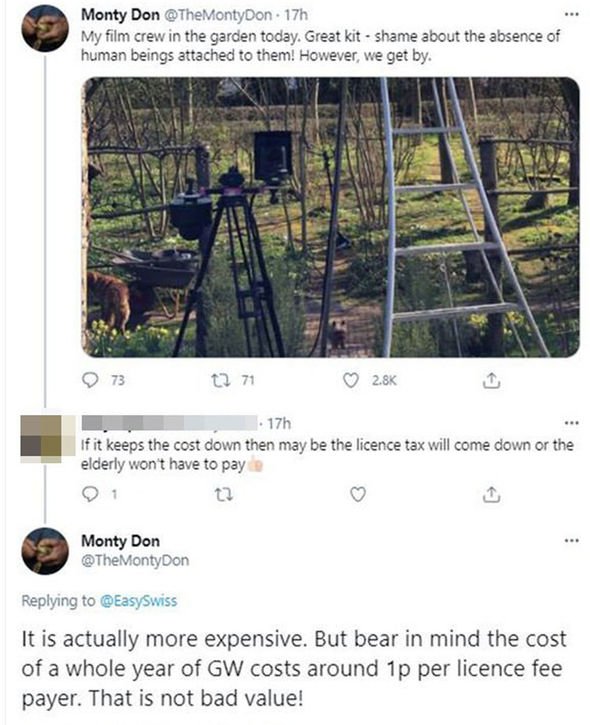 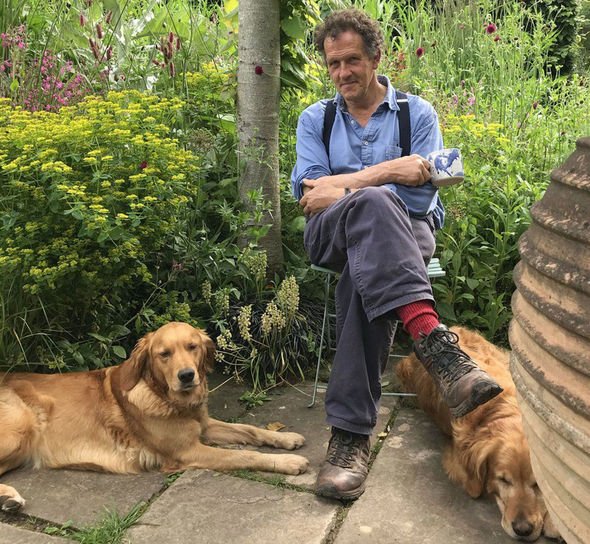 “That is not bad value!”

However, unhappy with the response, the social media user replied: “According to the Parliament Commons Library there are 27 million TV licences as at 2019 so GW is costing around £270,000+ per yearly series to make…”

But Monty’s fans weighed on the debate, saying that the gardening series was “worth every penny.”

One commented: “Worth every penny as far as I’m concerned.

“And frankly, I am happy if I just get Gardener’s World for my money.”(sic)

Another added enthusiastically: “Me too!”

Last year the BBC made the decision to end free TV licences for the over-75s.

Currently anyone over the age of 75 and receiving Pension Credit is eligible to apply for a TV licence which is paid for by the BBC.

Monty’s comment comes a day after he revealed that fans would queue for hours to pass on letters to his beloved dog Nigel.

Before his death last year, Nigel would often receive letters and cards from fans after becoming a firm fixture on the show.

Monty revealed to The Radio Times: “I’ve had people queue at a book signing – and this is not an exaggeration – for an hour, to give me a letter to give to Nigel.

“Not to buy a book or have a book signed, just to hand me a card that says, ‘Dear Nigel.'”