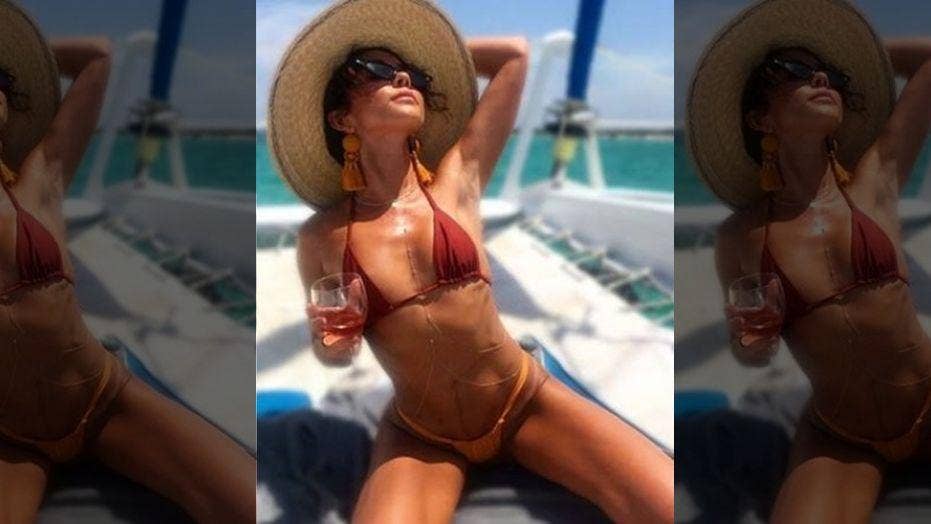 Actress Sarah Hyland tells fans she works out naked in front of mirrors to motivate herself.

The actress, 28, took to the photo-sharing platform with an up-close photo of her backside. Hyland appears to be wearing a cheeky pair of bikini bottoms underneath a see-through floral-print cover-up.

“Sun’s out Buns out,” she captioned the snap, which had more than 275,000 likes as of Tuesday morning.

“Buns of steel,” wrote one fan wrote in response, while many others commented with a “fire” emoji.

“Whoever took this picture is a true artist,” said a third.

The sultry snap comes after Hyland opened up about a recent health scare.

In late June, Hyland revealed she was hospitalized for a series of days after she felt as though she was “being choked from whatever’s in the house,” Entertainment Tonight reported at the time.

Hyland has been open about her health problems and surgeries, including two kidney transplants and laparoscopic surgery for endometriosis, in the past. She has also been candid about how her mental health suffered as well.