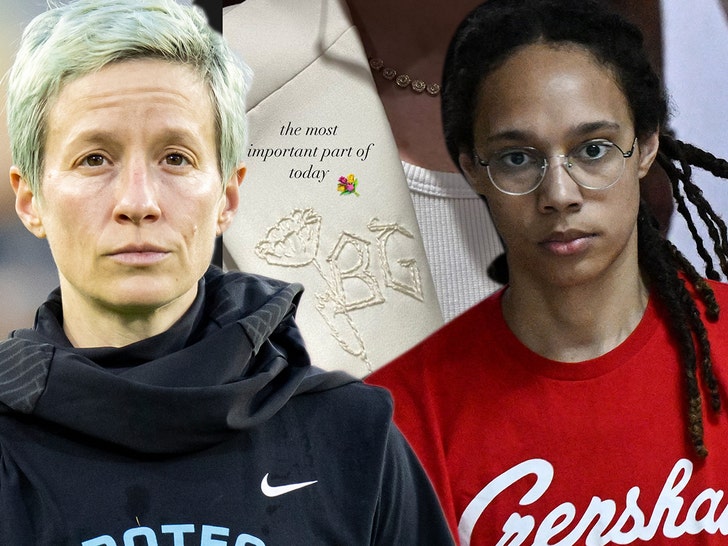 Megan Rapinoe‘s in Washington D.C. to receive the Presidential Medal of Freedom, but while the soccer star’s physically at the White House, it’s clear her thoughts are very much with Brittney Griner in Russia.

Just hours after the Phoenix Mercury star pled guilty in a Moscow court, the Olympic gold medalist shared a photo of her outfit for Thursday’s ceremony at 1600 Pennsylvania Ave … and it features the WNBA star’s initials stitched into the suit. 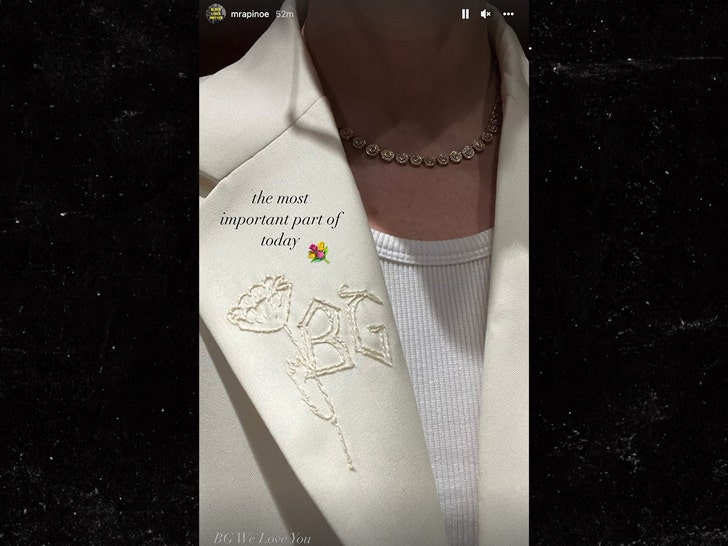 In addition to the “BG” … there’s also a flower stitched onto the lapel of the pearl-colored blazer.

“The most important part of today,” the 37-year-old said.

Rapinoe is on her way to the White House where she’ll be presented with the medal … the highest honor a civilian can receive from the government.

President Biden — who recently spoke with Griner’s wife, Cherelle, about Brittney’s imprisonment — will present the medal to Rapinoe.

“The President called Cherelle,” the White House said on Wednesday, “to reassure her that he is working to secure Brittney’s release as soon as possible.” 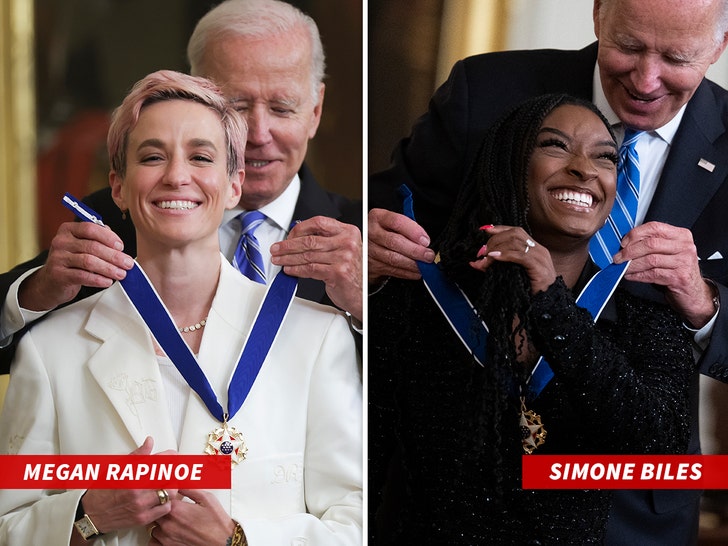 Besides Rapinoe, 16 other people will receive the award, including star gymnast Simone Biles, Denzel Washington, and Apple co-founder Steve Jobs, who will posthumously receive the honor.