Megan Fox was a gorgeous sight to see when she showed up to the UFC 246 event with her boyfriend Machine Gun Kelly while wearing a figure-flattering nude dress that perfectly complimented his bedazzled outfit.

Megan Fox, 35, turned heads on July 10 when she was photographed rocking a long fitted nude dress while attending the UFC 246 event with her boyfriend Machine Gun Kelly, 31. The actress’ stylish outfit was just one of the things to get attention as she and the rapper stayed close and cozy while heading into the Las Vegas location for the fight. He also showed off an epic and memorable outfit that included a bedazzled jacket, black pants, and a matching knit cap. 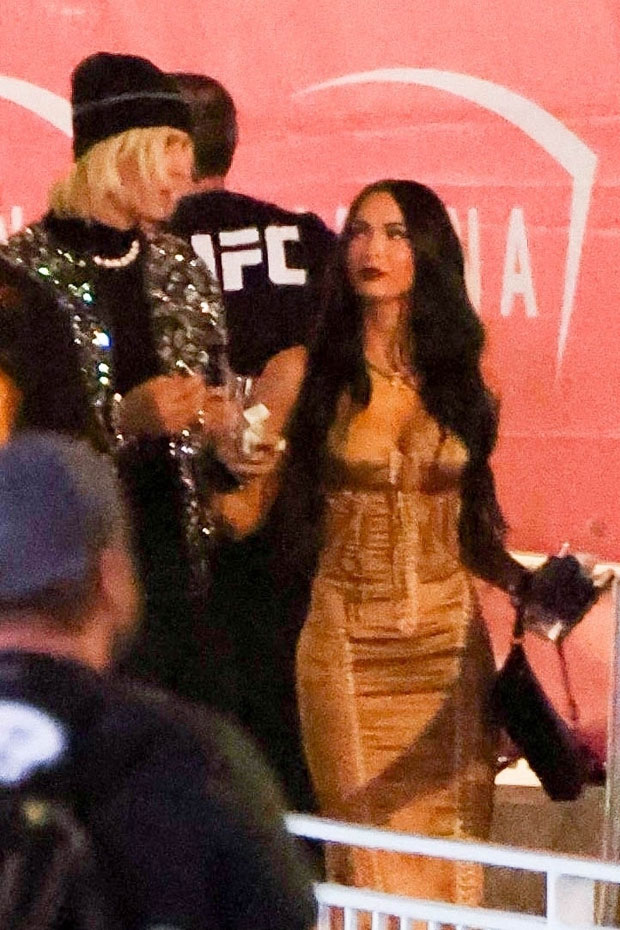 The lovebirds, who have been dating since early 2020, are known for often rocking headline-making outfits wherever they go, so this time was certainly no exception. Megan paired her dress with high strappy heels and had her long dark-haired locks down. MGK accessorized his look with a white beaded necklace and added black shoes while letting his shoulder-length blond tresses hang down from underneath his cap. 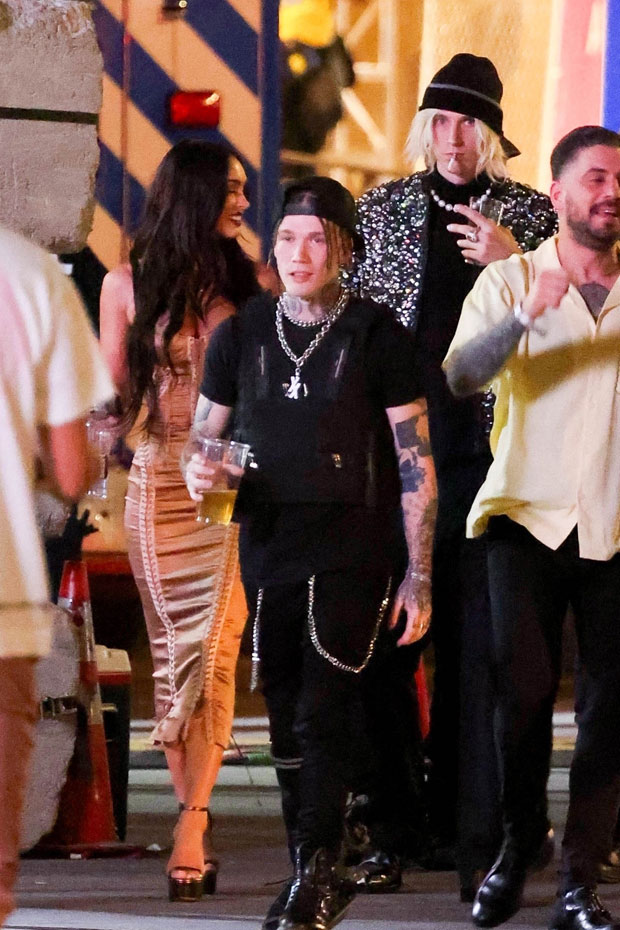 Megan and MGK weren’t the only celeb couple to watch the fight between Conor McGregor and Dustin Poirier in person. Kourtney Kardashian, 42, and Travis Barker, 45, also showed up while fearlessly flaunting PDA whenever they had the chance. When the camera panned onto them, they shared a tongue-filled kiss for the world to see, proving they’re very much attracted to each other and enjoying their passionate relationship.

Before Megan and MGK were joining Kourtney and Travis for a fight to remember, they were photographed walking hand in hand at their Las Vegas hotel. They again wowed with their fashionable attire. It included a spaghetti strap style top and fitted leggings for Megan and a tuxedo style vest, dark-colored pants and a beanie hat for MGK. They looked as happy as could be as they made their way around the fancy digs and kept each other close.

This isn’t the first time Megan and MGK were spotted at a UFC fight. Back in Mar., they attended the UFC 260 event along with Kourtney and Travis and greeted cameras while looking more in love than ever.