Madison LeCroy has publicly shut down rumors that she is to blame for Jennifer Lopez and Alex Rodriguez’s untimely split. But now, she has something to say about Lopez’s reunion with former beau Ben Affleck.

The “Southern Charm” star, who joined the cast in Season 6 amid her romance with Austen Kroll, made headlines back in February when cast members suggested she was involved with a “very famous…ex-MLB player,” per Page Six.

The star later clarified that she and A-Rod have “spoken on the phone” but have “never been physical.” She further explained that the former Yankee player has “never physically cheated on his fiancée with me,” but she “talked to him randomly, but not consistent[ly]” (Via Page Six).

Fans, however, were quick to notice that the Miami native has “liked” Madison’s Instagram photos.

Rodriguez and Lopez, who got engaged in March 2019, ultimately called it quits. In a joint statement, the former couple shared sentiments of an amicable split, “We have realized we are better as friends and look forward to remaining so,” they said in a statement to “Today.”

“We will continue to work together and support each other on our shared businesses and projects. We wish the best for each other and one another’s children.”

Now, a blast from the past, Affleck and Lopez have seemed to rekindle their hot romance after being engaged back in 2002 to 2004. Madison is now sharing her thoughts on this new pair.

Madison shares her input on "Bennifer" 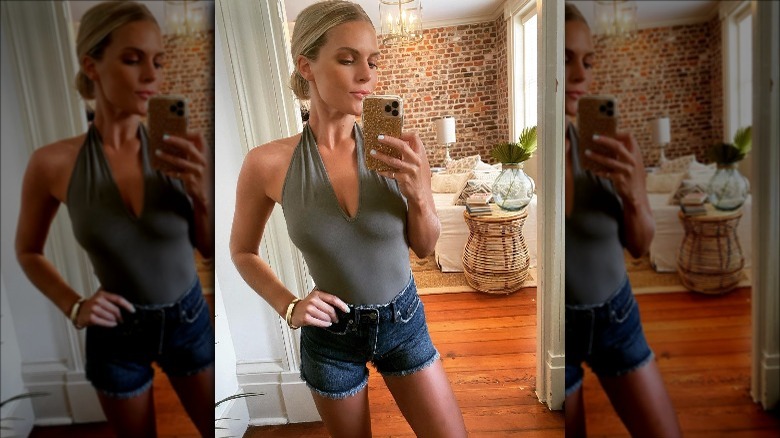 When asked what she thought of the split and Bennifer 2.0, Madison, couldn’t help but laugh in her interview with Us Weekly. “I say you’re welcome,” she told Us. “I mean, I will be honest with you. I had nothing to do with why they split, and I think everybody knows that. And if you don’t know that, then that’s just ridiculous, like, let’s be honest.”

While Rodriguez is seemingly still single, Madison has completely moved on from the drama and took to Instagram on June 13 to publicly introduce her new beau. The cute photo, captured the couple getting cozy and kissing on a boat in Lake Tahoe. Madison captioned the pic, “Madhappy,” giving her followers a glimpse into her newfound happiness.

While she’s keeping his name private for now, Madison continued to gush to Us that she met him while visiting Arizona for a bachelorette party. She saw him at a bar and they “immediately locke[ed] eyes from across the room.” She recalls the chemistry as being “instant.”

Madison also revealed that so far her new boyfriend has gotten the approval of friends and family. “I haven’t had anyone not approve so far. And this goes with all my friends and everything.”