Young love! Timothée Chalamet was Lourdes Leon’s first boyfriend, according to the model.

“I respect him a lot, we were a little item. My first boyfriend … or anything,” Leon, 24, said in an interview with Vanity Fair published Wednesday, April 21. The pair met while attending Fiorello H. LaGuardia High School in Manhattan.

Us Weekly confirmed the pair’s relationship in April 2013. 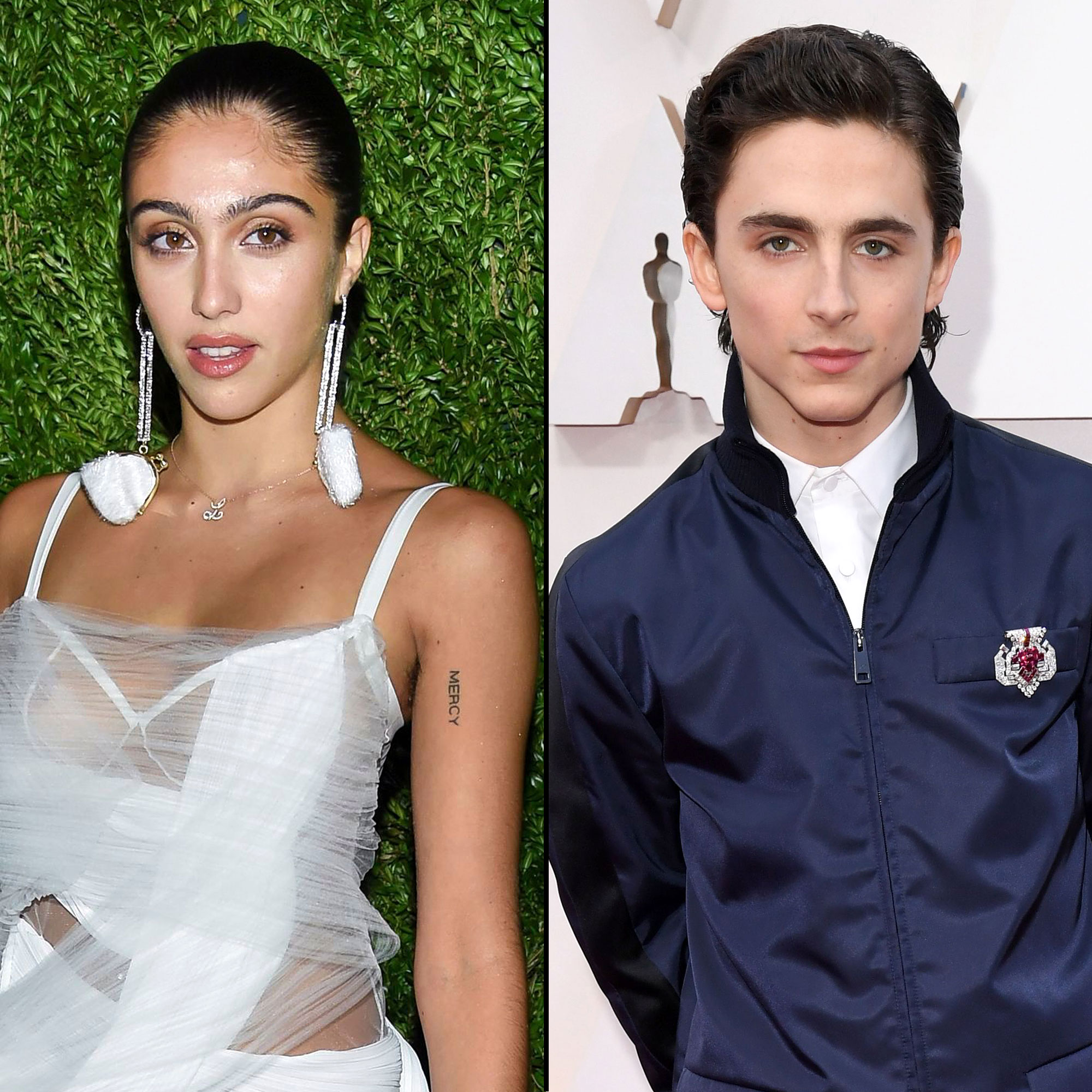 “Dating is a loose term for it, but yes, they are teenagers being teenagers so I guess you can call it that,” a source close to Madonna’s eldest daughter told Us exclusively at the time. “It has not been going on for very long at all.”

Around the same time, the pair were spotted out and about in New York with Leon’s father, personal trainer Carlos Leon. A few months later, the then-couple engaged in some PDA in front of the “Material Girl” singer, 62.

The Little Women actor, 25, opened up about dancing with Madonna during a November 2017 Sirius XM interview with Andy Cohen.

“That was actually a really fun night,” he said. “[Lourdes] was there too, and we were all dancing together.”

Twinning! Celebrities With Their Look-Alike Kids

When Cohen, 52, asked him how long he dated the Material Girl designer, however, he chose not to answer.

While he was still an up-and-coming actor when he started dating Lourdes, the former high school sweethearts are now both helming successful careers. The trained dancer is the new face of Marc Jacobs, while the Call Me By Your Name star’s acting career is flourishing.

Although Lourdes, who is known as “Lola” to her friends, has nothing but nice things to say about her ex-boyfriend, both have moved on since their teenage romance.

Chalamet is rumored to be back together with another A-list daughter, Lily-Rose Depp, whose parents are Johnny Depp and Vanessa Paradis. Us confirmed the couple’s split in April 2020 after breaking the news they were dating in October 2018.

Nevertheless, earlier this month the pair were spotted together in Manhattan.

Lourdes, for her part, has been tied to Jonathan Puglia.

Following his relationship with the model and prior to dating Depp, Chalamet told W Magazine that dating could be scary.

“You can always see people on early date behavior,” he said in January 2018.

Chalamet was also briefly linked to Eiza González in 2020.