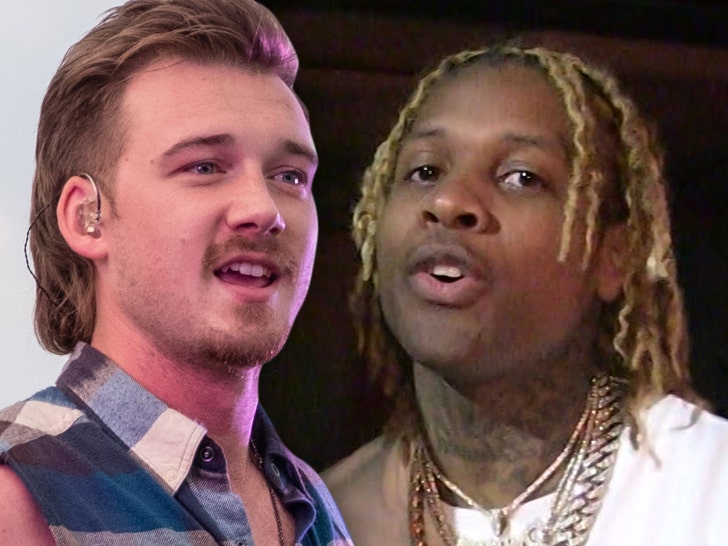 Morgan Wallen‘s gotta be feeling like all is forgiven — Lil Durk invited him to feature on a new song … less than a year removed from the country singer’s controversial use of the n-word.

The song, “Broadway Girls,” was a surprise release Thursday night, and it’s way more hip-hop flavored than country. Essentially, Morgan sings the hook and Durk handles the rapping … although there are a few lines that sound like MW’s dipping his toe, and attempting a little rap.

The collab is the latest sign the country superstar is fully bouncing back from the industry “canceling” him. As you know, back in February … TMZ got video, shot by one of Morgan’s neighbors, showing him using the n-word after a drunken night out with friends.

Radio stations stopped playing Morgan’s songs, and he was banned from multiple award shows all year. However, his double album, “Dangerous” continued to top the charts and set sales records.

Morgan says he had no clue about the history or pain attached to the n-word, and told Michael Strahan he’s learned from the controversy. Since then, he’s popped up onstage at other artist’s shows — including Eric Church — and gotten tons of applause. He’s also announced a tour next year.

Now Lil Durk’s fully embracing him … so, looks like Morgan’s back.