Comedian Leslie Jones proved she’s a TikTok expert when she showed off her dance moves in a video celebrating her 54th birthday.

Leslie Jones has stunned in a new clip while celebrating her big day! The SNL alum turned 54, and shared a video of herself dancing in a black and white swimsuit, with a matching shower cap. She took to TikTok to expertly show off her moves, as she danced in what appeared to be her bathroom. “Happy Birthday to me yall! I’m 54 and I still got it lol,” she captioned the video when she re-shared it to Twitter.

Fans were quick to jump into the comments section to wish her a happy birthday. “You’re the light this crazy world needs! You bring daily joy to my life and are my role model for a positive, can-do attitude as I’m about to turn 53. Keep on being the fabulous you that we all love,” one fan wrote, while another chimed in, “Happy birthday, beautiful sis! You are doing your THANG. And I need to learn that dance.”

The comedian, who hosted the MTV Movie & TV Awards earlier this year, has also become renowned for her live tweeting. She told HollywoodLife exclusively that she “did not know people were going to lose their minds” over her tweets. “I really didn’t know that would be a thing… I am so serious when I say that. It is me watching TV. I honestly thought I would get complaints, I would get people saying, ‘Man, shut up, and your videos are too shaky!’” 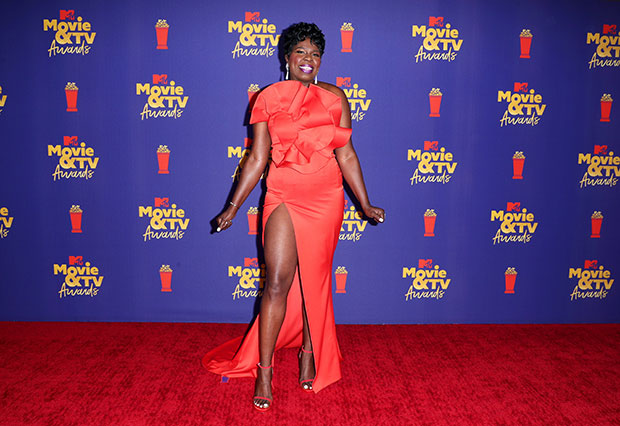 Back in March she watched Zack Snyder’s Justice League, which has a runtime of over 4 hours. Leslie started trending on Twitter as she live-tweeted the Snyder Cut, dubbing it a “longass movie.” Most notably, she teamed notably teamed up with Seth Meyers for the “Game of Jones” segment on his late-night talk show that featured Leslie’s reactions to watching Game of Thrones.

“People don’t know I read all the books. When the show came out, I didn’t watch it when it first came out because I was like, ‘This is not going to be as good as the books.’ And I accidentally watched it one night. I think I have seen all of Game of Thrones at least twice… Because I will start over when someone says they haven’t started. So, I will start it with them… That was epic for me because that was such an epic show, man! I need another show like that!”