New year, new you! The ‘RHOM’ star says she left behind all the ‘haters’ in 2021 as she celebrates a new chapter in her life now that her divorce from Scottie Pippen has been finalized.

Talk about a revenge body! Larsa Pippen looked sensational as she shared a sizzling snap to her Instagram on December 5. The 47-year-old Real Housewives of Miami star took to social media to celebrate a new chapter in her life, as her divorce from NBA legend, Scottie Pippen, 56, was recently finalized after they ended their marriage three years ago. She also took a moment to clap back at haters and wave goodbye to last year by captioning the jaw-dropping pic, “What did u leave behind in 2021? I left behind all the haters.”

Looking every inch the cover girl in the post, Larsa rocked a multi-colored, animal print mini dress that left little to the imagination. Her statuesque legs stole the spotlight as the dress cut high on her thigh and she rocked strappy high heels. Just a touch of makeup allowed her natural beauty shine, with her trademark sandy blonde tresses left long and loose. To top off the stylish look, she accessorized with a small purple clutch.

The Instagram share comes after the Larsa family law attorney David J. Glass told HollywoodLife EXCLUSIVELY that the ex couple’s divorce has indeed been finalized as of December 15. “The parties had met with a retired Judge as a mediator and had worked hard with their attorneys on all of the issues facing them,” he added. “They remained amicable throughout and kept their focus on the best interests of their minor children.” After Larsa and Scottie married in 1997, they welcomed four children: Scotty Jr. in 2000, Preston in 2002, Justin in 2005 and Sophia in 2008. 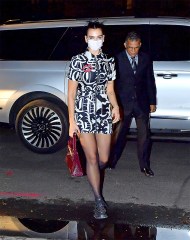 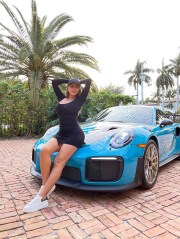 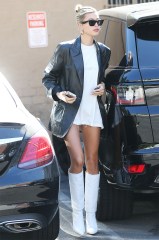 The pair definitely had an on-again/off again relationship over their 20 years together. They had separated in 2016, before reconciling a year later. However, the second time around didn’t stick and Larsa would file for divorce in 2018. Despite not being romantically involved, the pair are still co-parenting champs. “[We] are really best friends,” she told Us Weekly in 2019. “Our kids are amazing, and I feel like we both parent the same way. We’re really traditional in the way we raise our children. That’s really important.”