Close your eyes and you can see them: The leopard print jacket, that boyish trapper hat, and those white, Jackie O sunglasses. Together, the items are unmistakable, but their wearer looks a bit different from every angle. Perhaps that’s because Kurt Cobain’s personality was like a flame — sometimes bold and bright, but only in the times it wasn’t chaotically flickering or fighting extinguishment.

Soon, one mega-fan will be able to closely examine intimate moments from the Nirvana’s frontman’s last formal photoshoot, which took place just a few months before his death in the spring of 1994.

On Wednesday, photographer Jesse Frohman launched a website to auction off a non-fungible token (NFT) with more than 100 pictures from that day, which he calls “The Last Session.” Multiple contact sheets and negatives had never been scanned prior to the creation of this drop, so some of the images have not yet been seen publicly, Frohman tells Rolling Stone. As of 12:00 p.m. ET on April 28th, anyone can preview thumbnails of the images online, but only buyers will receive the high-resolution versions.

“Everyone was doing an individual picture here, an individual picture there, maybe a group of three here, but I wanted to do something that other people hadn’t done before,” Frohman says of bundling 104 images together on one NFT. “It’s something so special that won’t be offered again.” He views the shoot as a historical moment in time that deserves to be treated as such. And because of Cobain’s ever-shifting energy, Frohman says going through all the photos in one sitting is like watching a movie. “It’s like a cinema study,” he says.

While the only way to access the unseen images is by buying “The Last Session” NFT, there are more affordable options as well. The “Nevermind Editions” — 10 one-of-one, uniquely colorized quadriptychs of Cobain — have a starting bid of 2.7 ETH, or approximately $7,000 USD. Frohman himself has a massive, physical version of one of these framed, and it hangs on the wall behind him while he talks to Rolling Stone over Zoom from his living room. “In fact, Miley Cyrus bought that one in the same size,” he says.

Finally, the “In Utero Editions” — 20 five-of-five, uniquely colorized portraits and group shots with Krist Novoselic and Dave Grohl — are the cheapest. Those are available to purchase outright with a “buy it now” price of 1 ETH, or approximately $2,600 USD. 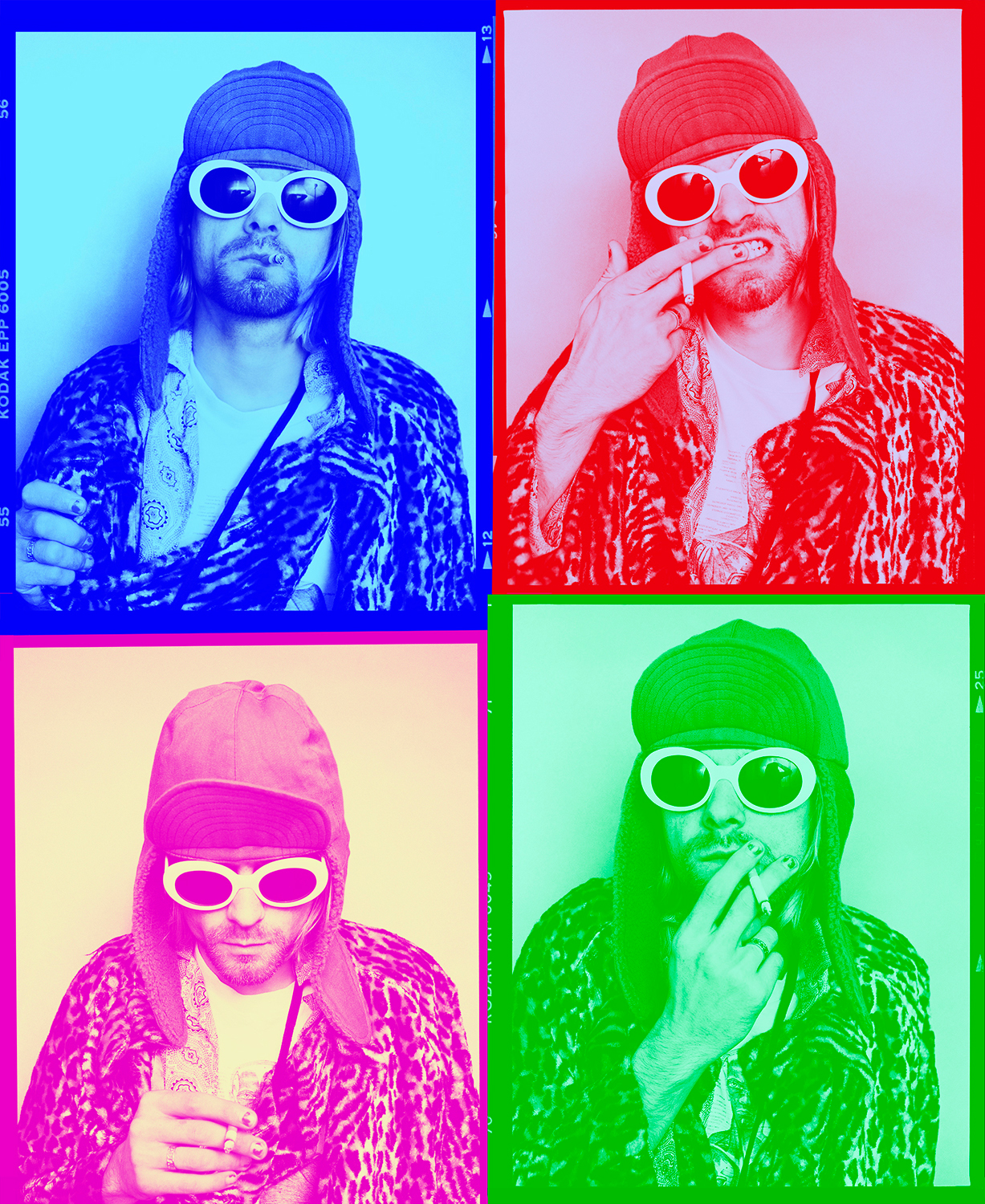 A portion of all proceeds will go to the JED Foundation, a nonprofit focused on suicide prevention and the promotion of mental wellbeing among teens in America. When asked if any earnings are set to go to the Cobain Estate or living members of Nirvana, Frohman says that no such arrangements were made. The estate, however, is fully aware of the project and is already involved with the JED Foundation, as Frohman points out.

While Frohman is no stranger to selling work through galleries and other third parties, he’s never sold straight to collectors before, so NFTs excite him. “Every once in a while, a celebrity or someone will contact me directly, but, for the most part, I don’t have that connection,” he explains, adding that NFTs also bring “a different kind of life” to his images. “I think of Kurt especially as an idol, and sort of a hero, for the crypto world. They love to buck the system. To me, that’s what Kurt was. He was very anti-establishment — and he was outspoken about that. I think he would be very interested in the NFT art space.” Frohman says that, because of the Cobain ethos, many crypto fans began using his images as profile icons well before he got to work on this drop.

These NFTs are intentionally not available on an online marketplace. Instead, a company called Serotonin — which is a self-described “marketing firm and product studio for transformative technologies” that launched almost a year ago — designed the website that hosts the collections. (Serotonin also handled the tech, putting together the NFTs and organizing the drop.)

“We feel like the ideal experience for any amazing, creative artwork is this total, absolute immersion with the creator and the story behind it,” says Serotonin co-founder and partner Matthew Iles. “We thought, ‘How can we let people feel in direct connection to Kurt, Nirvana, and, by extension, Jesse?’ In the current landscape of NFT marketplaces, there are good options to choose from — but nothing that’s fully owned and dedicated.” 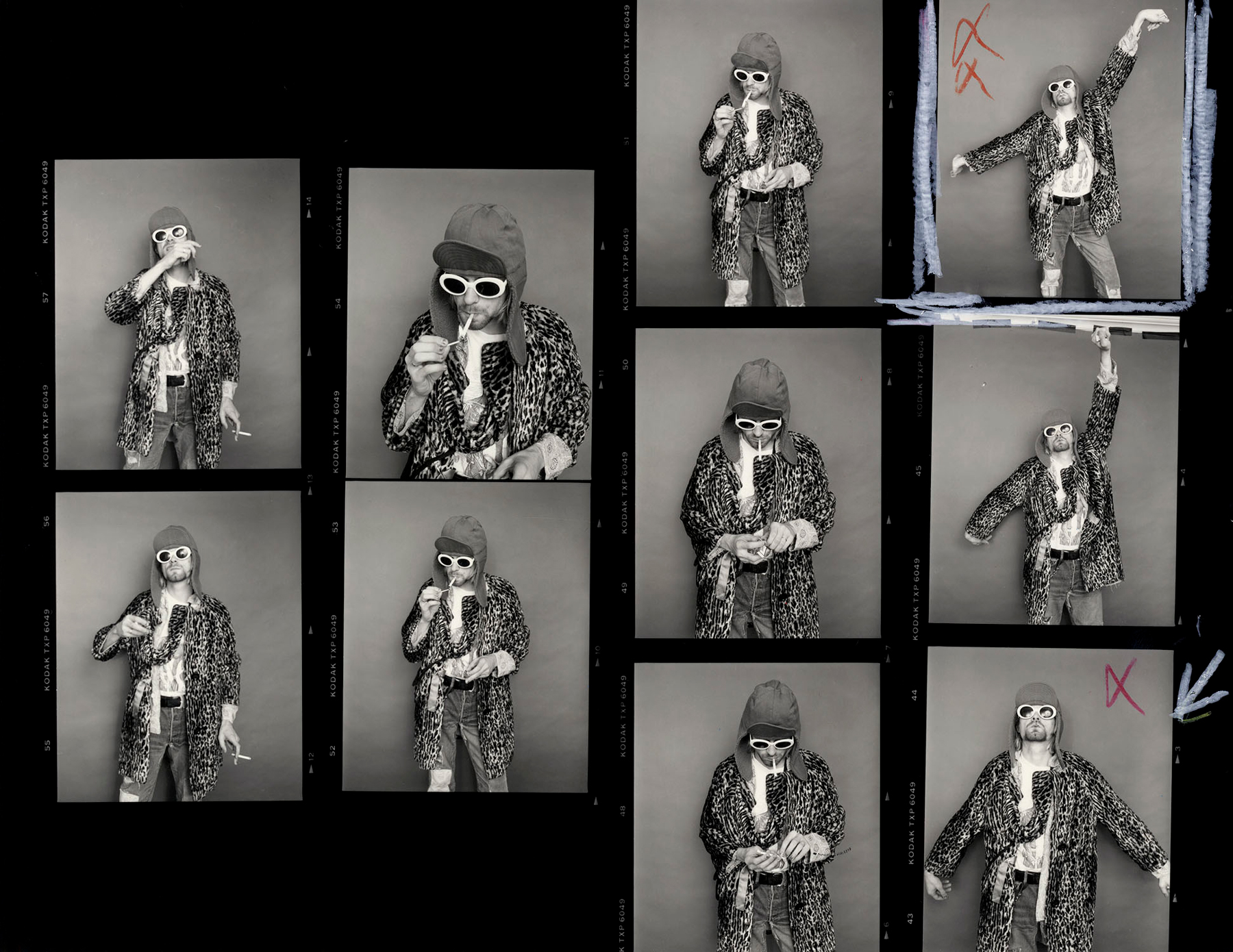 In looking at the finished collection that’s meant to honor Cobain’s individualistic nature, Serotonin and Frohman both felt passionate about not portraying him as a product in a vast, virtual warehouse. “I couldn’t grasp being around CryptoPunks and being surrounded by that world,” Frohman says. “There’s nothing wrong with them. I just felt [this series] would get lost. And I couldn’t tell the whole story, the story of the shoot and the story of the drop.” He wanted more control over the presentation and conversation. Plus, he adds: “I just think it’s more interesting this way.”

All Photographs © Jesse Frohman. All work is protected by copyright. All manners of reproduction of this work or of parts thereof – like in reprinting of pictures – are only admissible within the scope of legal regulations. Contraventions will be prosecuted.