It turns out that the best model for the SKIMs children’s line was right in front of Kim Kardashian‘s face the whole time. Kim recruited her eldest daughter, North West, to star in the campaign for her latest loungewear line, and the seven-year-old totally nailed all the shots. Even cuter? Kim, 40, starred alongside her in the shoot wearing a matching outfit!

The cuddly photos show North and her mom in fuzzy grey lounge pants, tank tops, and slippers from the SKIMs Cozy line, which now includes kids’ sizes. The adorable first shot, which you can see above, features Kim with her arms wrapped around her daughter. Other shots include the mother-daughter duo throwing up peace signs, giving each other a cute peck on the lips, and sticking out their tongues at each other. Bonus photos show North and her besties all wearing little SKIMs outfits. So cute!

This isn’t the first time that Kim and North have twinned over the years. On Halloween, the twosome dressed up as Jokers. No, not the Suicide Squad one — the guy from the pack of playing cards. They painted their faces to look just like jesters and wore black and white diamond-patterned outfits. North took part in a family Halloween costume, too, dressing up as tigers with her siblings, while their mother went as Carole Baskin from Tiger King. 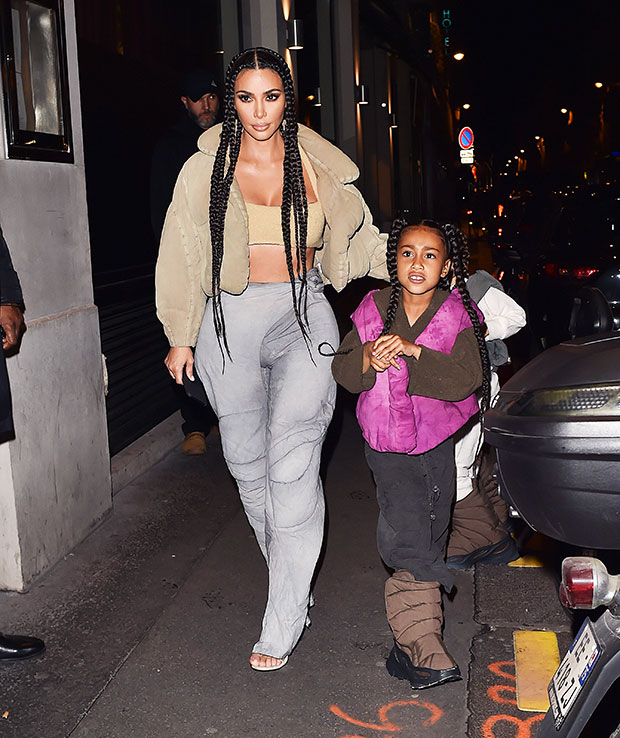 North has such a major personality already. Years after her iconic post-ballet class “no pictures, please” moment, North was caught sticking out her tongue at the paparazzi while out with dad Kanye West. And yes, she was repping SKIMs and Yeezy during the recent day on the town.