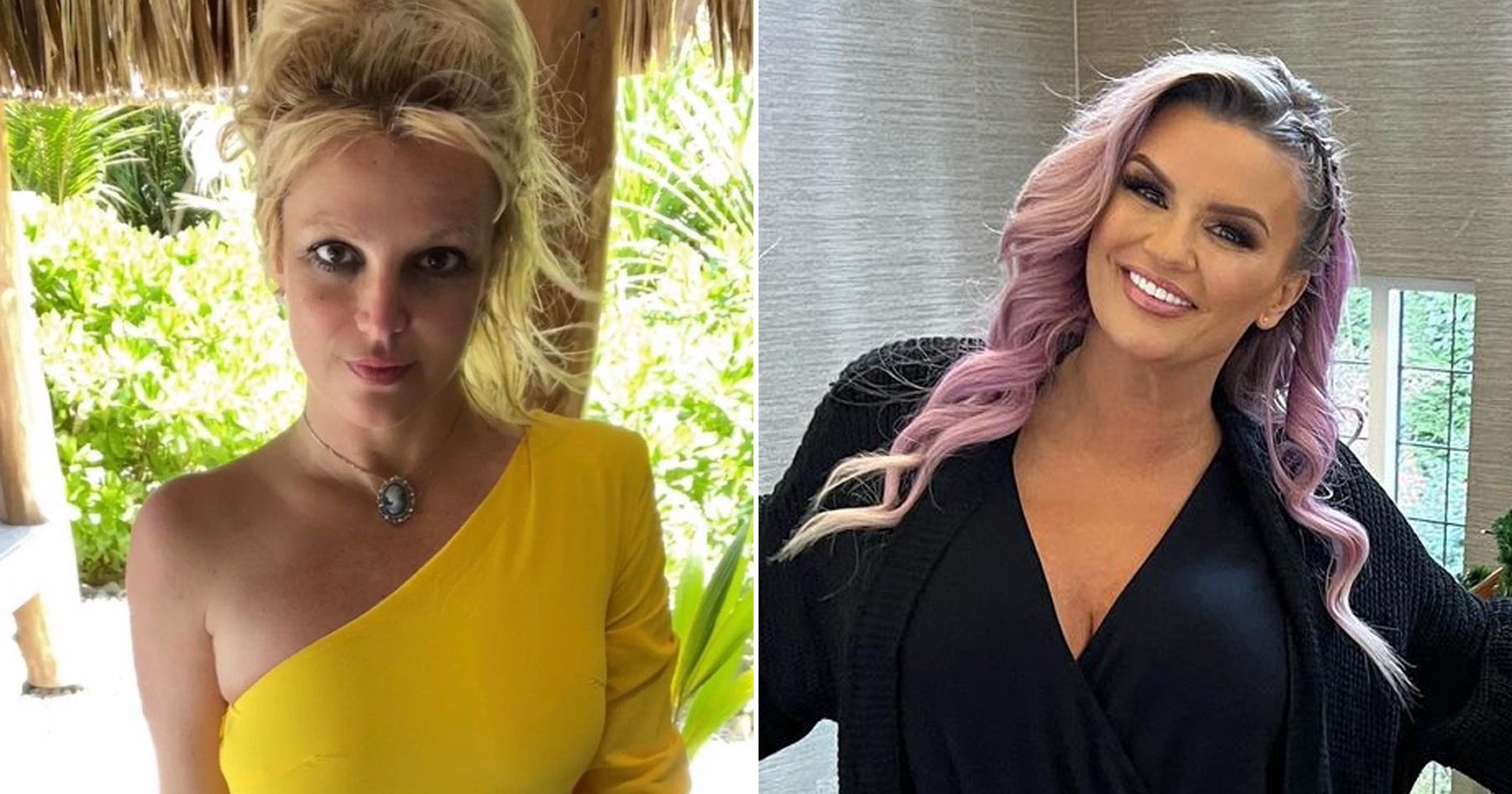 Kerry Katona has advised Britney Spears to join OnlyFans, after reportedly becoming a millionaire again though selling her sexy snaps.

The former Atomic Kitten star, 41, thinks the Toxic singer, 40, should sign up for the subscription service to monetise the nude snaps she has been sharing on Instagram for free, after reportedly making a mint herself.

Kerry wrote in her New! magazine column: ‘Britney Spears has been posting a string of Instagram pictures of herself on the beach completely nude.

‘She needs to save them all and get on OnlyFans! She could make a fortune doing that rather than sharing them on social media for the world to see.’

Kerry joked: ‘Britney, you need to sign up and use my referral code!’

Britney had shared the snaps as a celebration of her freedom after having the conservatorship rule she had been living under for over 13 years removed in November.

Regaining power of her personal and financial decisions from her father Jamie Spears, who had served as her conservator, means Britney is now able to live life on her own terms.

After sharing a series of snaps of herself rolling around on the sand naked during a recent holiday, Britney added: ‘Alrightyyy then folks … showing my bod in French Polynesia as a rebel and free WOMAN!!!!!’

Kerry meanwhile, who previously went bankrupt twice, has credited OnlyFans with making her a millionaire once again.

Speaking to the Sun, she said: ‘It has a lot of sexy pictures similar to stuff I’ve done before for magazines, but new. It’s made me a millionaire again!’

Kerry, who is among the likes of Amber Rose, Bella Thorne and Lottie Moss with OnlyFans accounts, has been able to move back into an ‘amazing home’, but a Lamborghini and put her kids back in private education thanks to her earnings from the site.