Kate Hudson flaunts bikini bod while on vacation in Greece 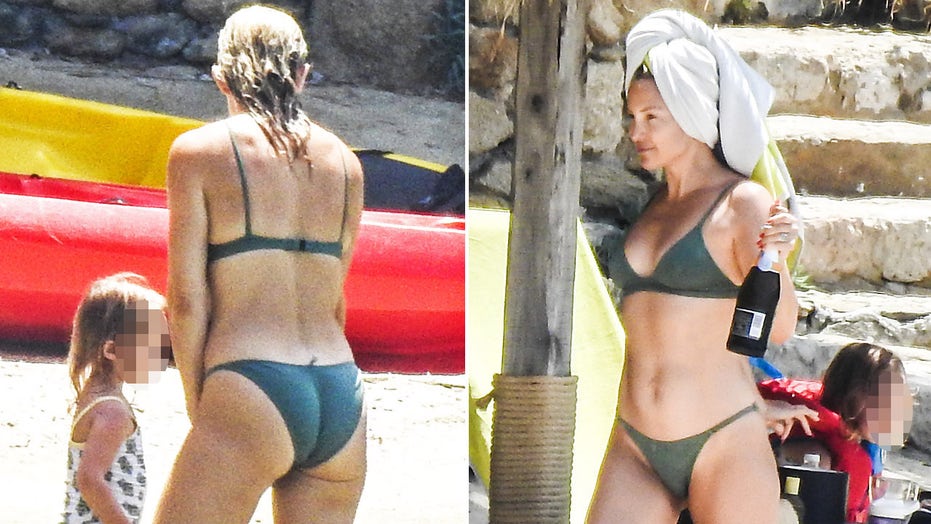 Kate Hudson is enjoying her summer.

The 42-year-old actress was spotted soaking in some sun on Skiathos Island in Greece with her boyfriend Danny Fujikawa and two of her children: Bingham, 9, and Rani Rose, 2.

For the recent beach outing, the “Music” star donned a dark blue-green bikini that put her toned physique on display. For part of their time on the beach, Hudson let her blonde hair loose, while she also wrapped it in a white towel at some point.

Not only did the foursome spend time in the water, but Hudson and Fujikawa, 35, popped some champagne and the crew snapped a few selfies. 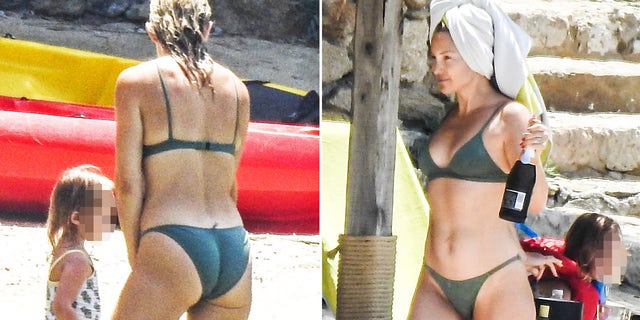 Kate Hudson and Danny Fujikawa, seen with the actresses’ daughter Rani Rose and son Bingham, have fun at the beach in Greece. They drank some champagne and shot some selfies.
(Splash News)

The Oscar-nominee’s Instagram Story on Wednesday also contained a peek into their beach day, as well as a brief video of Hudson and one of her kiddos dipping their toes in the ocean.

Also seen on the social media app was a photo of Rani Rose playing with her father’s hair as he cooled off in the water. 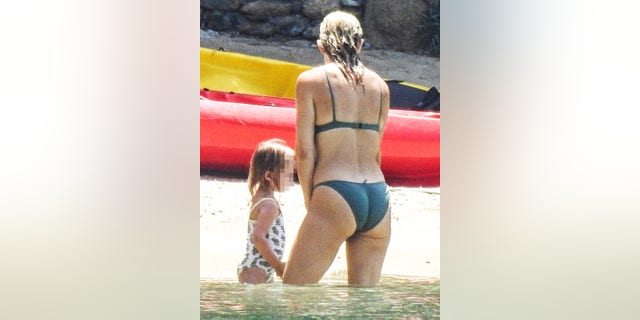 Hudson and her 2-year-old daughter Rani Rose played in the water.
(Splash News)

Hudson’s trip to the Mediterranean could be an opportunity for her to get some quality family time in before she begins filming the Greece-set “Knives Out 2.” 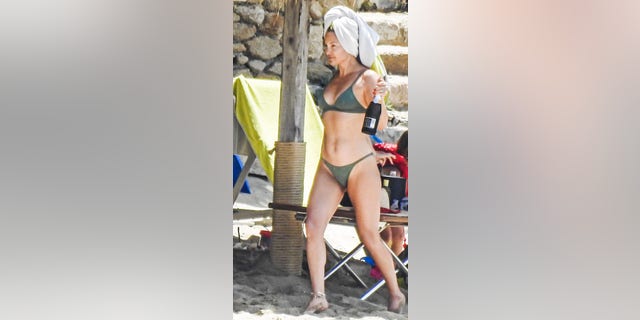 It’s a big year for Hudson, who will be seen on screen again this summer in the second season of “Truth Be Told” on Apple TV+, where she’ll star as a widow who recruits a true-crime podcast host to solve her husband’s murder.

The soundtrack to the controversial musical “Music,” featuring Hudson, is also expected to be released this year, though no release date has been announced.