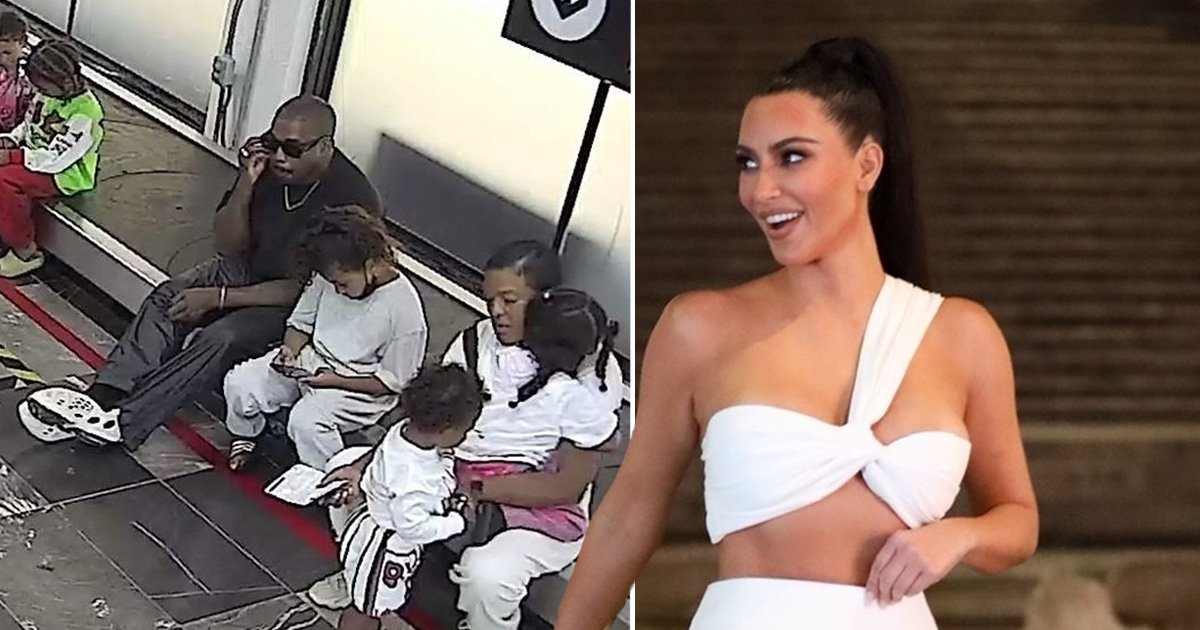 Kanye West has been spotted heading home from Mexico with his children while Kim Kardashian is in Rome.

The rapper, 44, was seen at the airport in Mexico on Wednesday with all four of the children he and Kim, 40, share as they were getting ready to board a flight back to Los Angeles.

Kanye was seen sitting on an unused luggage conveyor belt with North, eight, Saint, five, Chicago, three, and Psalm, two, as well as a nanny.

The Yeezy founder cut a low-key figure in an all-black outfit and sunglasses, with only his famous Foam Runner shoes giving away who he was as he patiently waited to board his plane.

Kanye and the kids have been in Mexico since June 20, spending time at his favourite retreat on the Oaxaca coast.

It comes as Kim travelled to Rome, where she has been taking in the sights and sharing photos of her incredible outfits along the way.

The reality star was snapped posing in front of the Trevi Fountain and the Spanish Steps as well as visiting the Vatican with Kate Moss and her daughter Lila on Monday.

She also shared a sultry snap of herself in her hotel room bed wearing nothing but the sheets, which she held in front of her chest as her long dark hair was left loose.

Kim and Kanye announced their separation in February following more than six years of marriage, and Kanye is rumoured to be dating Russian model Irina Shayk, 35, after the pair were photographed together on numerous occasions recently.

The rumoured couple were seen celebrating Kanye’s birthday in Provence, France, before arriving back to the USA on the same private jet.