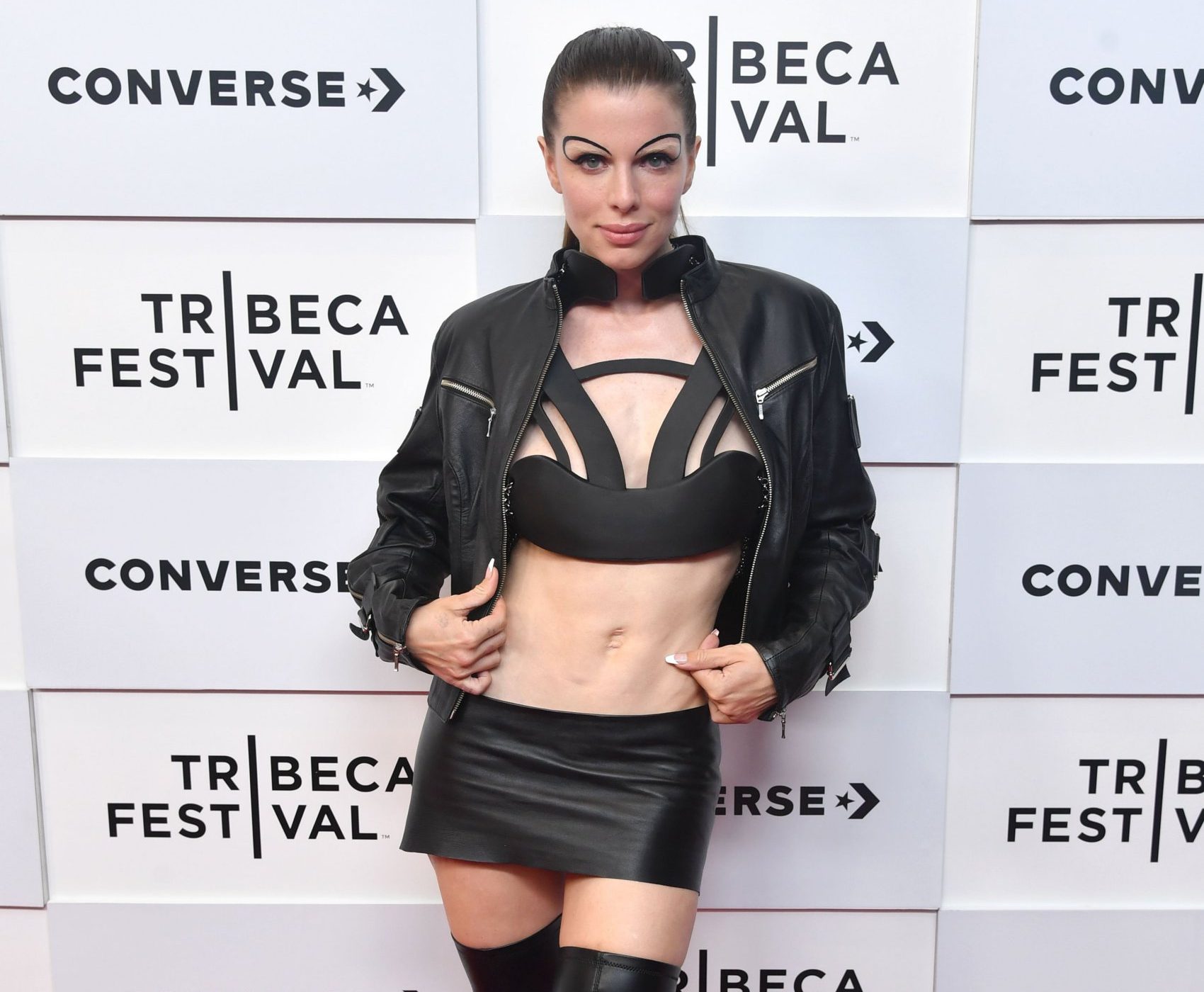 Julia Fox arrived in unusual style to the Tribeca Film Festival in New York, and we’d expect nothing less from the star.

The 32-year-old model and actress cycled on an e-bike to her friend’s short film premiere already wearing her red carpet outfit, which included an ultra mini-skirt and stomach-baring bra-top.

The Uncut Gems star, who famously dated Kayne West earlier this year for a brief amount of time, shared a video to her Instagram story of herself riding the electronic bike in the impractical outfit and captioned it: ‘I’m a “by any means” type of b****.’

In the clip, she showed her 1.3 million Instagram followers a selfie of her riding in her thigh-high black boots, the black leather crop top and blazer as she headed to Spring Studios in Manhattan.

Julia opted for striking, linear eye makeup and bleached eyebrows to go along with her high-tech ensemble created by her stylist Briana Andalore.

The star is no stranger to going to extreme lengths to get to events as she told Page Six this week that she climbed over a 12ft hedge to sneak into the Tribeca Grand Hotel hotspot Paul’s Baby Grand.

She recalled that the bouncers wouldn’t let her in ‘because I was a crazy b****’ and added: ‘So I climbed over the hedges out there with my red-patent leather jumbo Louis Vuitton bag and came in through [the side door].’

Once Julia arrived she posed for photos with her friend Richie Shazam, who made her directorial debut at the festival with the short film Savitree, named after her late mother.

She took off her jacket as she posed for photos in the black co-ord that showcased her lean abs and legs.

It comes after Julia wore a show-stopping cut-out dress with a red co-ord woven at the Shattered Glass event in Los Angeles a few weeks ago.

This jaw-dropping look is one of several Julia has served in recent weeks, after she wore a bikini and knee-high boots for her weekly shop.

Julia also stunned guests and arrived at the Vanity Fair Oscars after-party with a bag made of human hair.