Joy Behar had a lot to say about how the governor is handling the situation and did not mince any words. ​​”He’s putting his political ambitions ahead of the safety of children,” she said. “He should be criminally liable for that. You are actually committing negligent homicide when people die on your watch,” she continued. Behar’s response seemed to rile some fans, as one wrote, “In response to what Joy said. So if people die from the vaccines who is held liable. Well guess what you can not sue the pharma companies; they made sure of that before rolling out the vaccines.” Others were pleased. “You girls hit it right on target!! Thank you,” another fan tweeted.

This isn’t the first time Behar clashed with DeSantis, though. Keep reading for more details.

Joy Behar wants nothing to do with Ron DeSantis 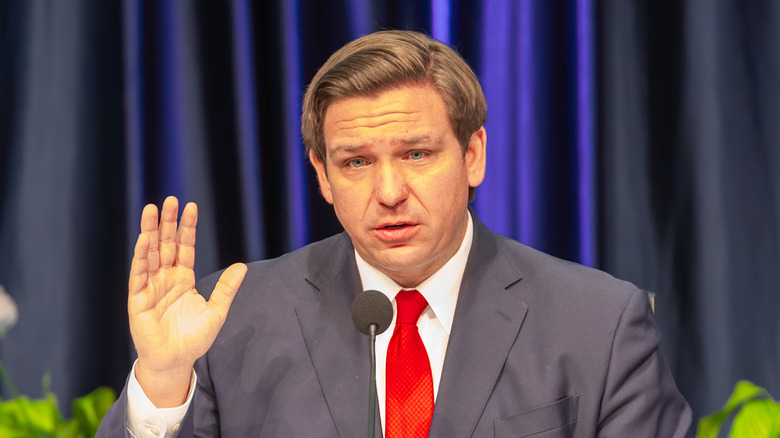 It’s obvious “The View” co-host Joy Behar and Florida Gov. Ron DeSantis won’t be meeting up for coffee anytime soon; these two are more so enemies than friends.

The polarizing issue of masks in schools came to a boiling point on the August 3 episode of “The View,” according to The Wrap. As the co-hosts agreed children should return to school safely come fall, Whoopi Goldberg asked Joy Behar what her thoughts were in regard to DeSantis’ mask ban. Behar promptly went off: “You’re just short of calling him a negligent, homicidal sociopath,” she said. “Because that’s what he is. This guy — first of all, wasn’t he popular just a little while ago, silencing critics, no mandates for anything, covering up data, rescinding mask mandates?”

She continued, “And now, 10,000 new cases yesterday, of COVID. 87% increase in kids under 12. And then this sociopath, this dangerous criminal, he tells schools that they will rescind funding if they insist upon a mask mandate.” Behar then pondered that DeSantis could be in support of a mask mandate to bolster his political career, noting “he’s risking the lives of children, children’s parents, their grandparents, anyone they may come in contact with, so that he can appeal to his white supremacist base and continue in his career.” It’s clear this debate is far from over.