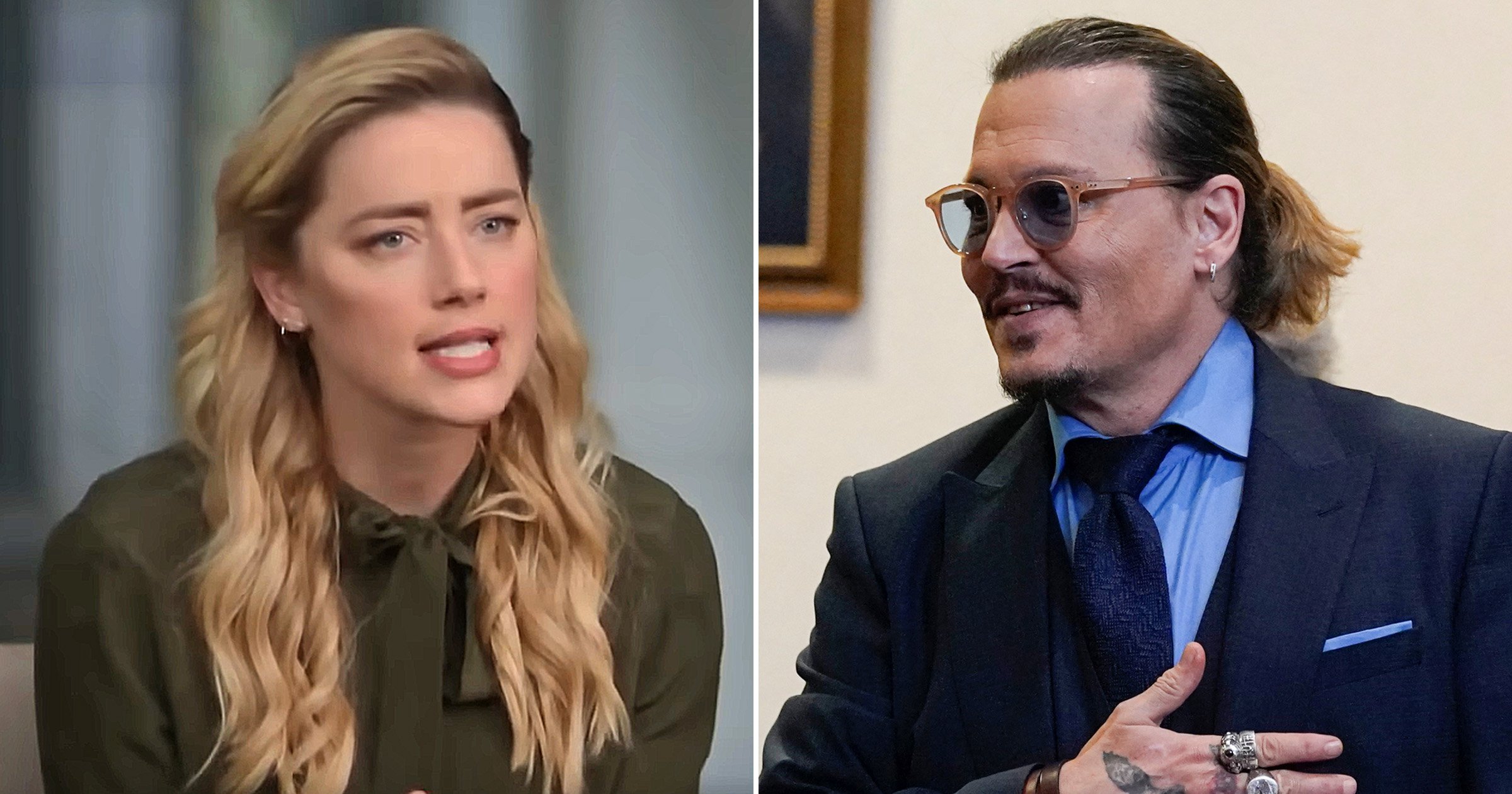 Johnny Depp has accused Amber Heard of ‘reimagining and re-litigating matters’ after their recent court case.

Now, Depp’s team has responded ahead of her interview with NBC’s Savannah Guthrie – which is due to air on Dateline on Friday – in a portion of the conversation aired on Peacock.

They said: ‘It’s unfortunate that while Johnny is looking to move forward with his life, the defendant and her team are back to repeating, reimagining and re-litigating matters that have already been decided by the court and a verdict that was unequivocally decided by a jury in Johnny’s favour.’

Their statement come as Heard has maintained that she told the truth on the stand, and that her continuing to speak out is not to get ‘vengeance’ after the verdict.

She said: ‘One thing I can tell you is, one thing I’m not is vindictive. This would be a really lousy way to get vengeance.

‘As silly as it is to say this out loud, my goal – the only thing I can hope for at this point… I just want people to see me as a human being.’

Depp had sued his ex-wife in a six-week trial over an op-ed she wrote in 2018 about her experience as a survivor of domestic abuse.

Heard has handed over a binder of notes to NBC’s Dateline ahead of her tell-all interview, and the notes allegedly show that Heard told her therapist that Depp, 59, ‘hit her, threw her against a wall, and threatened to kill her’.

However, her lawyers were barred from submitting the documents as evidence after the judge dismissed them as ‘hearsay’.

In the upcoming interview, she said: ‘There’s a binder worth of years of notes dating back to 2011, from the very beginning of my relationship, that were taken by my doctor who I was reporting the abuse to…

‘Her notes represented years of real-time explanations of what was going on.’

According to Guthrie, in January 2012, Heard told her therapist the Pirates of the Caribbean star had ‘hit her, threw her on the floor’ while a 2013 note stated he ‘threw her against a wall and threatened to kill her’.