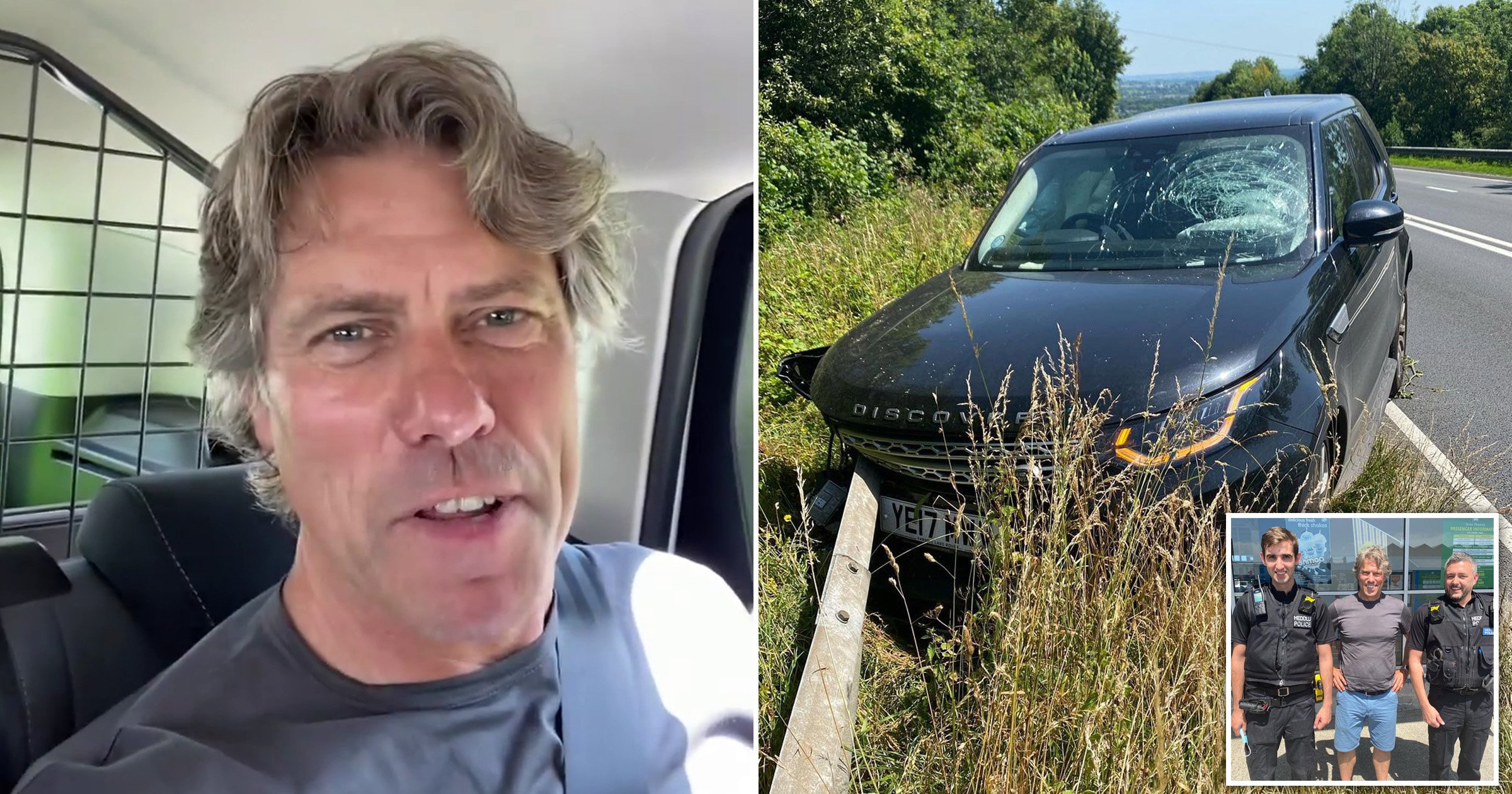 John Bishop has revealed he was involved in a dramatic car crash caused by a ‘big chicken’ which ended up with him in the back of a police car.

The comedian, 54, shared a video of him being driven by two police officers, telling fans: ‘I’m in the back of a police car, but for good reasons. These lads are helping me out, you’ll see a picture later as to why.’

John then shared photos of his Land Rover Discovery car smashed into a motorway barrier, with the front bumper caved in as well as the windscreen shattered on the passenger side.

The Doctor Who star explained: ‘I was driving to catch a ferry to Ireland when something happened!! To avoid a car that was swerving to avoid a ‘big chicken’ as I overtook I ended up like this.

‘Nobody was hurt thanks to @landrover_uk being brilliant and no oncoming traffic.’

John also shared a photo with the two police officers that helped him out, adding: ‘I missed my ferry but went on as a foot passenger on a later one thank to James and Tony from @dyfedpowyspolice . 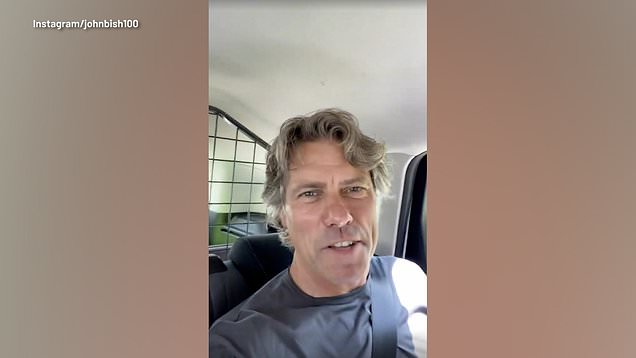 ‘Amazing how helpful people can be when you need them and thanks to the other drivers for staying including Andrew who I think sadly hit the ‘big chicken’ anyway.’

John’s crash comes just a month after he revealed his beloved dog Bilko had died at the age of 15.

He had uploaded a photo of the pair of them in the garden together as he added: ‘His last afternoon was spent sitting on the couch watching the football then I carried him to the garden and we just sat together. This is our last picture. He was some friend x’.