Jeremy Clarkson, 62, posted footage of himself and a huge group enjoying a celebratory beer after it emerged that weeks of filming in an until recently unknown destination had drawn to a close. The Grand Tour star and his colleagues downed pints while listening to tracks such as Stevie Wonder’s Superstition during the snippets of footage from his wrap party.

A man of few words, Jeremy had merely captioned his video: “It’s a wrap. Very many thanks to an amazing crew.”

@bustinloose01 quizzed: “That’s a wrap on what? Getting information about Clarkson’s farm or the grand tour is too challenging.”

Meanwhile @anikadamali panicked: “Wait what? Is this the last grand tour episode ?”

Jeremy had been filming with Richard Hammond, 52, and James May, 59, ahead of their rumoured fifth season of The Grand Tour.

The latest series has been anxiously awaited for years after Covid ground production plans to a halt – but Jeremy solved the mystery by revealing via Radio 1 Slovenia that it should be ready for viewing in around six months’ time. 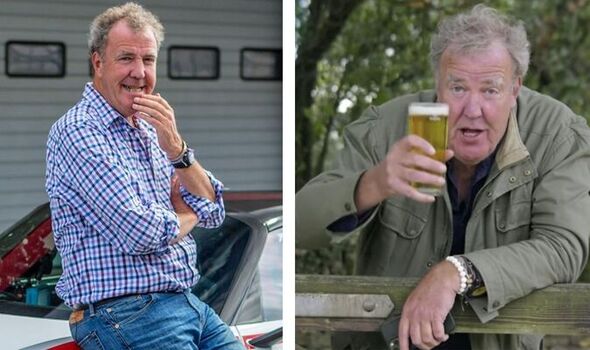 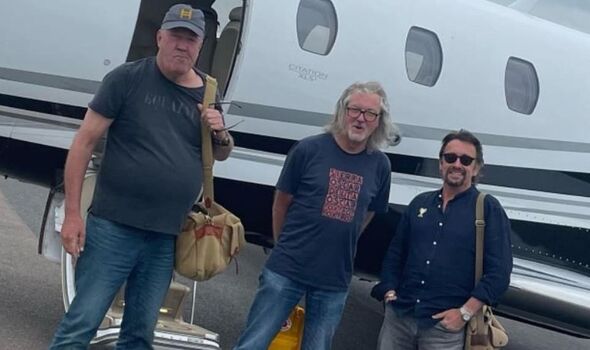 Snapshots on Jeremy’s page from the past couple of weeks showed their adventures for Amazon Prime getting underway.

The trio shot fast car footage at the destination, having sped in from Poland, and were also spotted in a rowing boat on the lake.

Late last month, they were spotted together in Slovakia, plus Polish cities Krakow, Gdansk and Poznan, where Richard briefly crashed.

In Gdansk, they filmed at a variety of locations including Westerplatte – the place where the first gunshots that sparked off the start of World War II in Europe were fired.

Their stunts took place close to the famous post office which was placed under siege on September 1 1939,

The location where mail sorting workers were savagely murdered by Nazi invaders has now been turned into a museum.

Jeremy’s European road trip is said to have then headed to Ljubljana, the capital of central European country Slovenia.

The trip had been carefully shrouded in secrecy, with local media and police stating that they had not been informed of their arrival.

However a huge crew of over 100 people were present in Gdansk, and a number of these were also present at the wrap party in Slovenia.

Jeremy drove a a silver Mitsuoka Le-Seyde sports car during filming, which featured chandeliers on the bonnet.

Meanwhile his co-star James flaunted a vintage Crosley Convertible for some added retro glamour – until it broke down and he was forced to switch to a lower-grade 1959 hot rod.

To say that the trip has been high budget with few expenses spared is an understatement as, according to Jeremy’s Instagram account, the trio flew into Europe on a private jet.

As wait times soared at British airports due to a shortage of staff post-covid, Jeremy informed the world he was having no such troubles.

“What airport chaos?” he quipped, posting a photo of himself and his co-stars posing next to their glamorous jet.