'It Rescued our Entire Plan Overnight.' How Joe Biden Will Help Rockers Retire

Last month, bassist Tony Garnier was worried — and not just because there were still no 2021 tour dates on the books with Bob Dylan, his boss of more than 30 years. Garnier, who’s been a member of the American Federation of Musicians since 1973, had heard — correctly — that the union’s pension fund would be drained by 2035. “Musicians have been out of work for a year and the ones who contributed to a pension are looking at [one] that is possibly insolvent,” he said at the time. “Musicians are so screwed.”

What a difference an election and subsequent relief plan make.

President Biden’s American Rescue Plan will benefit, among other things, state and local governments, small businesses, people living in poverty and, it turns out, professional musicians hoping to retire at some point in their lives. Since musicians often work for many bosses, they fall under the purview of multi-employer pension plans – a pet cause of Ohio senator Sherrod Brown, who has been pushing to fix those type of pension plans for years. After years of introducing what was first called the Butch Lewis Act (named after an Ohio teamster), Brown worked to get his pension-salvaging plan into the American Rescue Plan.

As a result, the AFM, which qualifies for one of those bailouts, is set to receive $1 billion — roughly how much its pension plan is currently underfunded. “It’s a big deal,” says Adam Krauthamer, president of the AFM’s Local 802 in New York, whose members include Dylan, David Byrne, Rosanne Cash, Jon Batiste, and Wynton and Branford Marsalis. “It rescued our entire plan overnight. Some people were facing cuts of upwards of 30 to 45 percent of their hard-earned retirement benefits. It changed our outcome overnight in a way that is hard to quantify other than to say that he put a lot of people’s lives back together.”

“I’m less concerned about Bob Dylan’s personal plan,” jokes Brown, “but if he pays into the union, he’s welcome to [the pension].”

Like many unions, the AFM has been pummeled for decades by a variety of factors. Originally launched in 1896, the AFM has helped ensure that musicians were paid — for everything from sessions to use of their music in video games — and could buy into a pension plan, among other things. For many years, they had considerable clout and a large membership; at its peak in the mid-Seventies, it encompassed 300,000 musicians from pop, rock, classical and Broadway, as well as studio musicians.

But a number of factors began chipping away at that clout and financial foundation. The overall decline in union memberships around the country was one, along with a 1978 settlement by the National Labor Relations Board. Until then, according to AFM president Ray Hair, freelance musicians who played in bars or restaurants or at conventions and similar venues were considered employees of the so-called purchaser – the bar or club owner, or the parents of the bride for a wedding gig.

The 1978 settlement — the result of unfair labor law charges filed against the AFM — was that the bandleader, not the venue, was now the employer, according to Hair. ”The upshot was that everyone became freelance and could no longer be covered by labor agreements with labor unions, and that purchasers — club owners, for example — were free to tell the musicians that they would no longer deal with the union,” says Hair. “It’s the gig worker issue that everyone has been dealing with since.”

The results of that decision reverberated deeply within the musical community: Hair estimates the current membership is down to 70,000. (Local 802 in New York, which once had between 30,000 and 40,000 members, now numbers about 7,000, according to Krauthamer.) According to Hair, the financial crash of 2008 especially slammed the pension fund, which, he says, “went from over 100 percent funding to below 70 percent.”

With older musicians cashing out their pensions and new players not signing up as they once did, the stage was set for a disaster. The fund had a $122 million shortfall in 2016. By March 2019, that number had soared to $1.2 billion, based on $3 billion in liabilities and $1.8 billion in assets. Less than a year later, the trustees of the AFM pension fund requested permission from the Treasury Department to reduce benefits for some of its members. 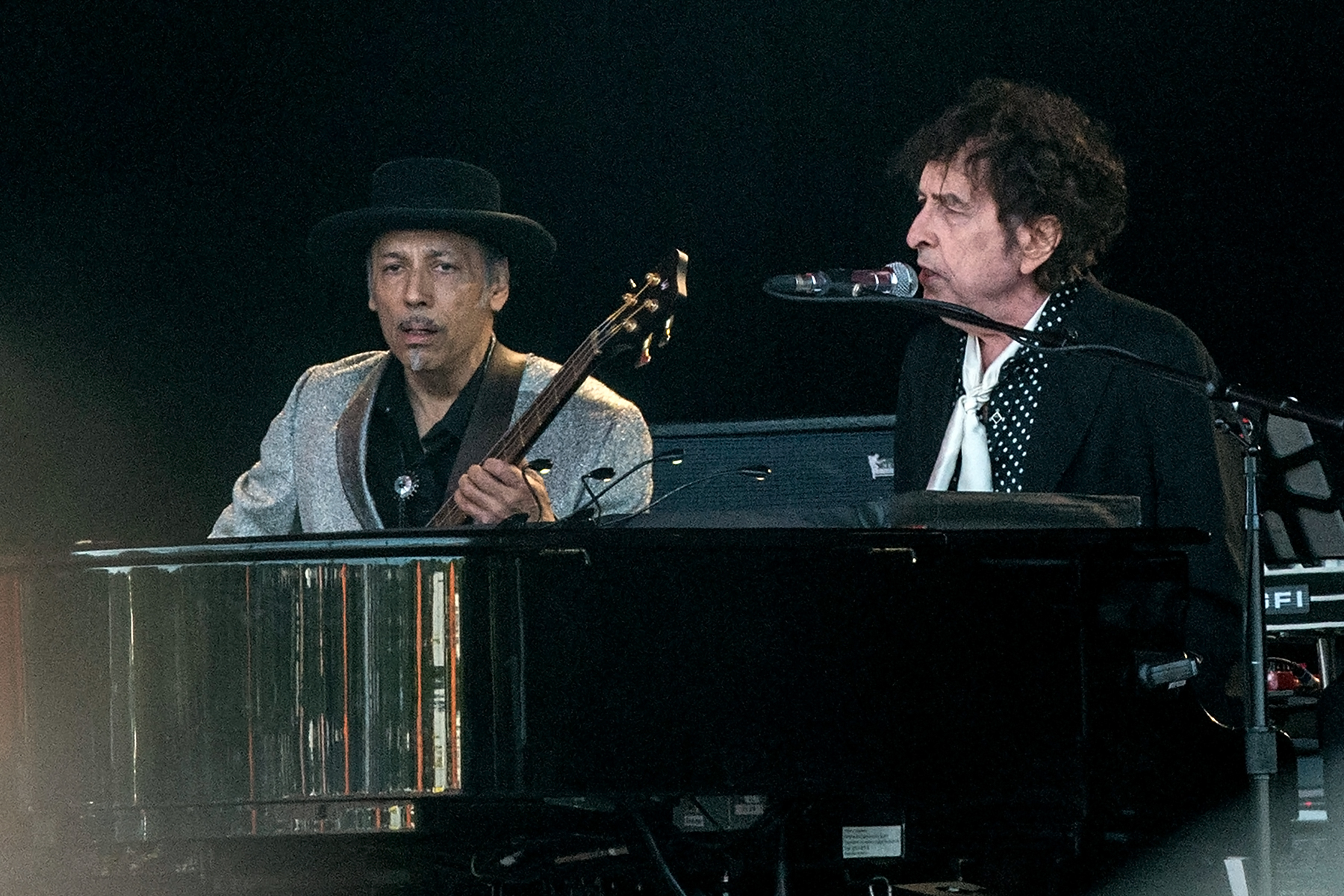 For musicians, the situation was rattling. Pension amounts vary by performer, but in the case of guitarist Marc Ribot, who has played with Tom Waits and Elvis Costello, among many, the $1,200 monthly pension he was qualified to receive would have vanished. “It’s a poignant issue for me,” says Ribot, who has also been working to educate his fellow musicians on this issue. “One of the very few good things about being a rocker who’s 66 — maybe the only good thing — is that you can collect stuff like cheap health insurance and pensions. What keeps me at it are those few rewards.”

“By the nature of being professional performers, uncertainty is literally built into the job,” adds Krauthamer, a French horn player who also formed an organization called Musicians for Pension Security to bring attention to the situation. “I wish everybody was a member of the E Street Band. But the reality is that you want to make sure that your security is lined up at the end of your career. And one of the things our union always had was a great pension. And then all of a sudden, we were being told not to rely on that.”

The urgency of pension plans, says Krauthamer, has become even more important given that musicians, he says, are generally leading cleaner lifestyles than in the past and may be living longer. “Professional musicians used to drink and do a lot more drugs,” he says, with a bit of a laugh. “So thankfully, musicians are healthier.”

In the midst of all this, in 2017, two union musicians filed a class-action lawsuit against the AFM, alleging that the trustees had made risky investments in the years after the crash of 2008. Krauthamer, who was not involved in the lawsuit, had his own questions about the collapse of the fund. “I’m not saying that demographics and industry issues haven’t related to where we are,” he says. “But are they the sole source? And are they what was pushed this into this spiral? Absolutely not.”

The case was settled in 2020, with both sides agreeing to a $26.85 million settlement — at least $17 million of which will be put back into the pension plan. In response to critics, Hair says, “Over a period of time, if you  look back over the years, our average investment return was over the target. And our investments actually did go up to nine percent a year on the average over the period that we were criticized. Our investments perform very, very well.”

Last year’s lockdown meant hardly anyone was performing live music anymore — and therefore not contributing to the fund. “The effect of COVID,” says Ribot, “was to take a plan that was already sinking and put a rock on its head.” Some musicians stopped paying their dues as well. “Ninety-five percent of our members are still out of work,” says Krauthamer. “Some of them have struggled to make dues payments, which we’ve tried to work with our members on. Our first priority isn’t dues payment.”

In late 2019, the AFM filed paperwork with the Department of the Treasury to reduce some musicians’ benefits. After the department rejected it, the AFM submitted a second application this past December. “The pandemic hit us hard,” says Hair, “and that caused us to look at a deeper reduction going forward because of the loss of the income that we would have received.”

Brown, whose favorite albums include the Allman Brothers Band’s Eat a Peach and Carole King’s Tapestry, has spoken with musicians in his home state of Ohio and took notice. “How many people were paying into the pension when they weren’t performing?” the senator says. “Very few. So a bad situation got worse.” Brown had been pushing for passage of the Butch Lewis Act for years, and the election of Biden, as well as Georgia Senators Raphael Warnock and Jon Ossoff, paved the way for its passage. “This would not have been possible,” says Hair, “without the election of Joe Biden as president and the election of two Democratic senators in Georgia.” (Krauthamer calls Brown “one of the real heroes” in the situation.) On March 17th, AFM trustees canceled their plans to reduce benefits.

When and how the AFM pension fund will receive its cash infusion remains to be worked out. “We’re in the queue,” says Hair. “We’ve been assured that we’re going to be taken care of, and we’re confident of that.” But for the first time in years, musicians are feeling a bit of relief. Garnier, who will turn 66 in May, isn’t making any immediate plans to retire, and he’s not even sure how much his monthly pension would be. But he’s relieved to know that some cash will await him when the time comes. “All of a sudden it passed, and I was like, ‘Wow,’” he says. “Along with the vaccines and musicians getting back to work, finally we have some good news.”