Shawkat was first linked to the Ad Astra star, 56, when the two were spotted together at an art exhibition in November 2019, seven months after Pitt became legally single in the wake of his September 2016 split from Angelina Jolie. Despite speculation that the two actors were sparking up a romance, an insider told Us Weekly at the time that Pitt was “not dating” the Arrested Development alum. 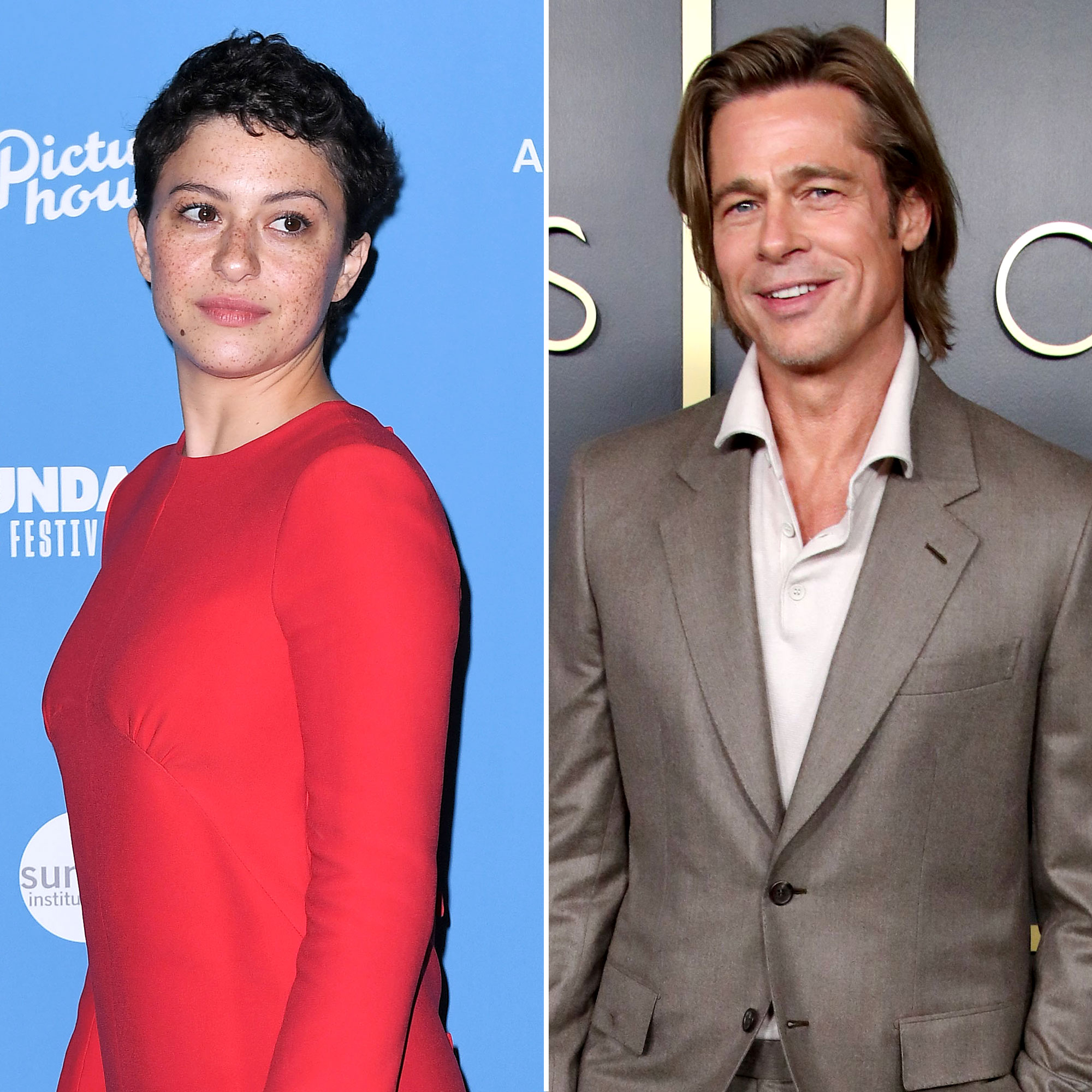 While a second source revealed in September 2019 that the Once Upon a Time in Hollywood actor was “very, very casually” starting to step into the dating pool after his divorce, he’s keeping his relationship with Shawkat firmly in the friend zone.

“They have an incredibly tight bond and trust each other implicitly,” another source explained in May. “Alia’s been a wonderful help for Brad during this major transition.”

The close pals have been “hanging out plenty” in recent months, since they live “only about 10 minutes away from each other” in Los Angeles. “It’s all very organic and easy,” a second insider said of the duo’s friendship. “She’s been by his side at his art studio, helping him brainstorm projects to get involved in, and vice versa.”

Apart from rumors about her love life, the Duck Butter actress made headlines earlier this month when old footage of her using the N-word in a 2016 interview resurfaced on social media. Shawkat admitted that she was “ashamed and embarrassed” of the “careless moment,” apologizing and taking “full responsibility” for her mistake in a lengthy note posted to Twitter.

“I didn’t remember saying it,” the California native told Vulture weeks after the scandal. “I was like, ‘That’s impossible. What the f–k are they talking about? … Oh God, to the public I’m a racist who’s living with Brad Pitt.’”

Despite the negative reaction to her past remarks, Shawkat found the backlash to be “humbling in an intense way” and took the opportunity to learn more about how to be an ally to minority voices. “The last 48 hours have been me trying to reground myself spiritually,” she said. “And being like, ‘What is this about? Who are you to yourself, to your people and your community?’”