Instagram Is Great for Models. It’s Also Good for Predators. 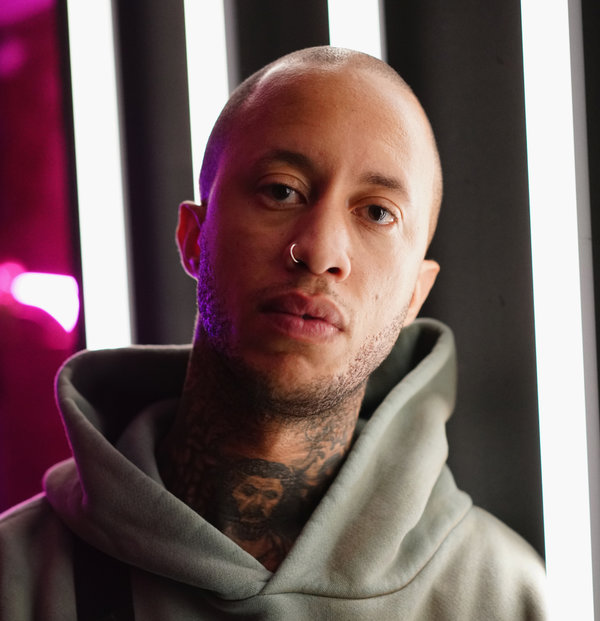 The photographer Marcus Hyde was a rising star: a favorite of Kim Kardashian West, responsible for a Fendi social media campaign, with a million Instagram followers. But this week, multiple women said he had used his growing profile on social media to engage in inappropriate behavior, including soliciting nude photographs from models in exchange for shooting them.

Mr. Hyde’s rise and fall have played out almost entirely on Instagram, revealing just how much the platform, beloved of the fashion and visual art worlds, has enabled bad behavior within those industries. Amid all the conversations around privacy and the dangers of data use, less attention has been paid to the ways social media can be used by predators.

Word of Mr. Hyde’s behavior began to spread Sunday when Sunnaya Nash, a model who has worked with Calvin Klein and Converse, posted screenshots that showed the photographer asking her to send him nude pictures of herself before an official photo shoot. She said in an interview that she had messaged the photographer in response to a call on his Instagram for new models to shoot. When she declined his request for nude photographs, he said he would charge her $2,000 for a shoot that would have otherwise been free.

After Ms. Nash posted the screenshots in an Instagram Story, she began receiving messages from other women who had been approached by Mr. Hyde asking them for nude pictures. She posted these as well. Diet Prada, the fashion-industry watchdog, reposted the Story. Ms. Nash said that at least 50 women had contacted her, and that their stories were “similar to mine or worse.” Mr. Hyde could not be reached for comment by phone, by email or through his website.

On Tuesday Ms. Kardashian West distanced herself from the photographer in an Instagram Story, saying that she was “deeply shocked, saddened and disappointed” by the allegations. Ariana Grande, who also knows Mr. Hyde, posted a Story too, in which she wrote, “i have just read some shocking and really heartbreaking stories. i hate that this is a conversation. but. please do not shoot with photographers who make you uncomfortable or make you feel like you need to take your clothing off if you don’t want to.” A spokeswoman for Fendi said the brand would not be working with the photographer in the future.

On Wednesday Instagram disabled Mr. Hyde’s account “for violating our sexual solicitation policies,” according to Stephanie Otway, a spokeswoman for Instagram. In a review of Mr. Hyde’s Instagram history, the company said it found multiple violations of its policies.

“We want to keep our community safe, and we are focused on putting every measure in place that we can to protect people on Instagram,” Ms. Otway said. “Expression is at the heart of what we do, and people will only express themselves if they feel safe and supported.”

Instagram is unavoidable for would-be models and a key part of building a career. It has also long been a venue for predatory behavior.

“A model’s Instagram profile has become her business card. For working and aspiring models alike, Instagram has become a primary platform for being scouted or booked for jobs,” said Sara Ziff, the founder of the Model Alliance, an advocacy group focused on advancing labor protections for the industry.

The duo behind Diet Prada, Tony Liu and Lindsey Schuyler, who shared another model’s story of harassment the day after posting Ms. Nash’s, said in an email: “Social media has changed the landscape of the traditional modeling industry, enabling anyone to create public personas and navigate independent modeling work or carve nonconventional image-based career paths.” However, that means “the insight and protection that an agency can sometimes offer” are missing, making young women more vulnerable.

Ms. Nash said that several of the more high-profile brands she’d worked with, including Calvin Klein and Stüssy, had contacted her through Instagram. Yet she also said that several times previously she had been contacted by photographers who wanted to shoot her nude. She said she knew of people to whom such propositions were made far more often.

Jeni Rose, a senior vice president at IMG Models and the creator of the IMG model-scouting Instagram account We Love Your Genes, said that her company frequently receives queries from parents and girls saying they’ve just heard from someone claiming to represent the agency. She said that the agency’s legal department contacts Instagram if that person does not work for IMG and “usually within 24 hours that account is taken down.”

“I would say that happens about once a month,” Ms. Rose continued. “What is great about Instagram is how much it has democratized the process of discovery, so a girl doesn’t have to live in a big city, or know who to call, to begin to have a career. But it is scary how easy is it for anyone to pose as an agent or another modeling industry figure.”

She said one of the scouts who works on the account regularly posts warnings to aspiring models such as “Don’t Talk to Strangers.”

Ms. Ziff said that since 2016, 35 percent of the complaints received by the Model Alliance support line have been about potential scams.

“The vast majority of those inquiries were initiated through Instagram,” she said. “And it is very difficult for an aspiring model to navigate what are legitimate jobs and what are not — yet it is entirely on exactly those largely powerless individuals to navigate.”

Models’ reliance on the platform makes them particularly vulnerable to scammers posing as casting agents, model agents or photographers willing to shoot portraits for lookbooks. Even the obvious clues, such as verification or number of followers, are not reliable indicators of professional behavior (Mr. Hyde was both verified and had a million followers). “Professional casting directors, scouts and photographers would not, and certainly should not, be requiring nude selfies,” Ms. Ziff said.

Because of its policies, Instagram initially removed Ms. Nash’s complaint about Mr. Hyde. The publication of private conversations is one of the signals Instagram uses to determine whether an account is bullying or harassing another. When Ms. Nash complained, they determined her post was removed in error, reinstated it and apologized to her.

Ms. Ziff said that the platform should be doing more to get ahead of the problem of inappropriate behavior. Uproar over individual cases of misconduct had yet to result in structural change, she said.

“I think Instagram has a huge responsibility,” she said. “Currently it’s a platform that creates an environment that is ripe for abuse.”

Vanessa Friedman is The Times’s fashion director and chief fashion critic. She was previously the fashion editor of the Financial Times. @VVFriedman

Jonah Bromwich is based in New York. He writes for the Style section. @jonesieman