I Dropped Out Of College Because Of Loans, & Now I Have Debt & No Degree

It was always a given that I would go to college. I didn’t know which one — I didn’t even know what I’d major in — but I knew that four short years after graduating from high school, I’d graduate from college. I was only partially correct. While I did end up going to college, I didn’t graduate. I dropped out of college because of loans. Now, I have debt with no degree to show for it, and it’s led me to a life I never expected to experience.

Not long after my high school graduation in 2012, my recently-divorced parents, who’d otherwise avoided each other at all costs, sat me down for a sort of ultimatum about my college costs. “We can’t afford this,” they told me bluntly.

My world was shattered. I had opted to attend a private, and very expensive, local university: Loyola University of New Orleans, coming in just shy of $53,000 a year. I’d received a scholarship that covered roughly half of my tuition and was sure that the other half would appear somehow.

“What do you mean you can’t afford it?” I whined. Then came what I thought was my eureka moment: “What about a loan?”

After a lot of back and forth, I managed to talk my dad into co-signing my private loan to the tune of $10,000. I also took out two federal loans in the amounts of $3,500 and $2,000, for a total of $15,500. It was a relatively small balance compared to the national average, which was around $26,200 at the time, according to The College Board. My dad tried to explain to me that, although he’d co-signed, it was my debt and my responsibility to pay back. Having no inkling of what credit was or how it worked, I agreed and did what most 18-year-olds do — I signed the dotted line without question. After all, I wouldn’t graduate until 2016. I had four whole years to figure out how I was going to pay that money back. 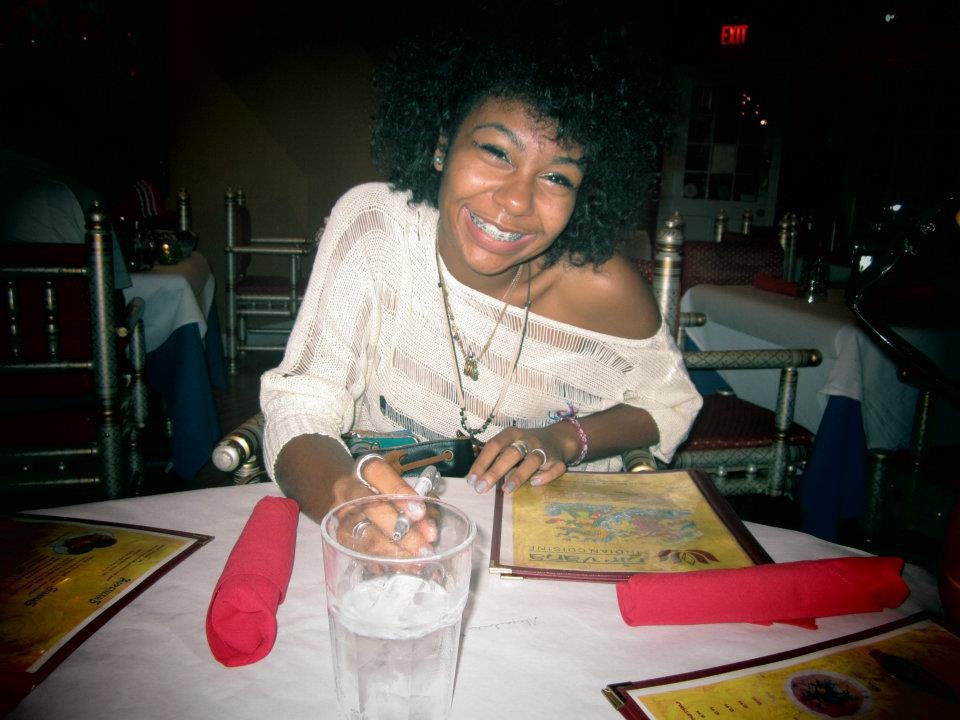 But I didn’t. In the summer of 2013, I logged onto Loyola’s student portal to choose my classes for the upcoming fall semester and was informed in loud, red letters that my balance for the spring semester of 2012 had to be paid off before picking classes. Turns out that my loans had covered the difference owed for my first semester, but not my second. Now, in addition to being in debt with Sallie Mae, I found myself $10,000 in the hole with Loyola, too. My parents just couldn’t afford more private loans, and the federal loans I did have couldn’t cover the hefty price tag of a second (or third, or fourth) year of schooling. I even tried to take out a loan on my own, but of course was denied because of my lack of credit. Dizzy with confusion, I was forced to drop out, like so many other college hopefuls before me.

For a few months afterwards, I floated through daily life in disbelief. Me, a college dropout? Who did I think I was, Kanye West? Up to that point in my life, I’d done nothing but be in a classroom. What was I, if not a student?

Life post-dropout hit me quickly. After having lived in a dorm for the past year or so, I moved back into my old room in my dad’s house and got my first “real job” at a local restaurant making 10 bucks an hour. I wore a fake nose ring, got faux dreadlocks, and spent my days skipping around the French Quarter — befriending street performers and gutter punks, learning how to roll blunts with my coworkers, and spending time with my new girlfriend. I had fun.

But I couldn’t escape my history. Without fail, the first question that everyone asked me was always, “Are you still in school?” I began begging co-workers to take over the cash register at work when I saw anyone I knew coming in the door. Then, the calls from Sallie Mae began. I ignored them. I was making $10 an hour and, since I had recently been kicked out of my dad’s house, I was essentially homeless. Student loans couldn’t have been any further from my mind. My credit score began to tank as I got further and further behind on payments. Securing an apartment was nearly impossible. 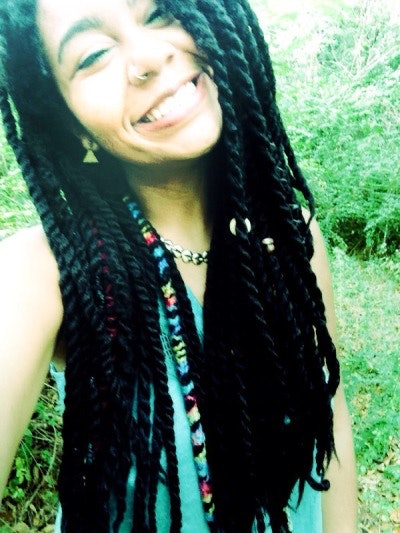 In 2015, I swallowed my pride and tried to enroll at Delgado, a local community college in New Orleans, as a last-ditch attempt at getting back on track. In passing, I mentioned to the guidance counselor that I’d done a brief, two-semester stint at Loyola, but was hoping to start fresh. Her response hit me like a ton of bricks: “Oh, well we’ll need your transcripts.” My debt with my former university meant that my transcripts were sealed until that balance was paid off. I went home that day utterly defeated, and floated through much of the next year with the same attitude. Sometime later in 2016, I sat at my desk at work, scrolled through Instagram, and literally sobbed looking through my friends’ and peers’ graduation photos. I had nothing worthy to share, no accomplishments to brag about, I thought. I believed I was a failure. At my lowest moment, I even contemplated suicide.

Since no one that I knew personally had gone through a similar situation, I felt like an anomaly. Turns out that I was wrong about that, too. In fact, according to a 2014 infographic from College Atlas, 30% of college freshmen don’t return to university for their sophomore year. Even more staggering? The Institute for Higher Education Policy reported in 2017 that even families who bring in over $100,000 per year can’t afford to send their children to nearly 60% of colleges in the United States.

Calls from my lenders at Sallie Mae and Navient were persistent — up to five times a day, each, at one point — but I gradually became more comfortable ignoring them. The truth for me at that point was, with about $1,400 a month in income, I could not afford to both live a normal life and pay back the loans. I could either eat real food, pay rent, and maybe see a movie once in a while, or pay rent, pay loans, and eat only rice and beans.

Browsing Reddit during one random lunch break at work, I came across the Digital Nomad sub. I clicked my way through this virtual fantasyland, where folks shared tales of working from their laptops from all corners of the world, primarily in marketing, software, and website development. And, get this — many of them were doing it without degrees. That’s when it hit me: My education didn’t have to stop just because college wasn’t an option for me anymore. I began to frequent paid online course websites like Lynda and PluralSight, where I learned as much as I could about web development and online marketing (for a tiny fraction of what it would have cost me to take similar courses at a school). With my new knowledge paired with my extensive background in administrative positions (the fancy way of saying “receptionist jobs”), I was able to land a part-time position online working with a web development company. Eventually, that position grew into full-time, and I quit my last desk job in May of 2017. In February of 2018, I set off for my first long stint abroad in Europe. Since then, I’ve spent about nine months of the year living abroad, jumping from Central to South America while working remotely full-time. 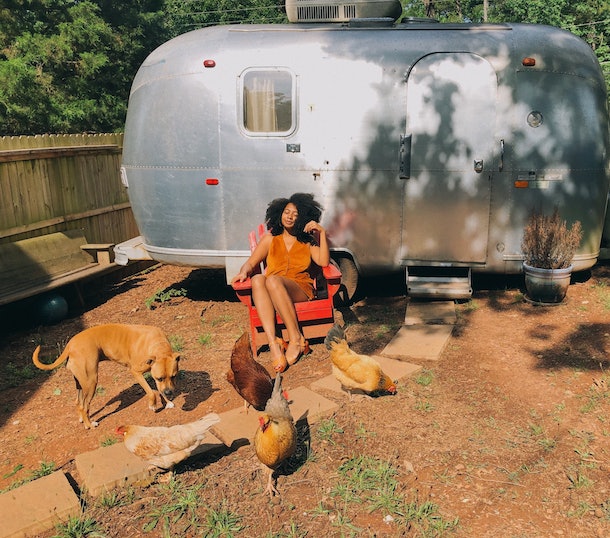 Still, life isn’t all islands and rainbows. While I was somewhere on a beach in Portugal, I defaulted on my private loan that had, thanks to interest, ballooned from $10,000 to $12,500 before closing. Somehow, my federal loans have not yet fallen into default, though that day is bound to come sometime soon. I’m hoping that I’ll find myself in a better financial situation to prevent it from happening, but if not, I’ll have to face the consequences accordingly. I still get very insecure about not having a degree, especially during graduation season when my peers are celebrating yet again (this time with advanced degrees). The ghost of student loans past haunt me in the form of a dismal credit score, meaning my chances of approval for any type of credit card, much less one that offers cash back, SkyMiles, or hotel points (which are helpful when living abroad) are very slim. Many hotels don’t allow booking with a debit card. In most cases, a credit card is also needed to secure a rental car.

Nevertheless, as I sit writing this from a coffee shop in southern Mexico, I am grateful that my journey has played out the way it has. I’ve developed a sense of resilience that I didn’t previously possess. Yes, I am in debt, but I am more confident than ever in my ability to steer my life in whichever way that I choose. People may look at me and tell me I messed up. I tell them I was educated by it.