Always the doting husband. Prince Harry touched down in the U.K. on Monday, April 12, for the first time since last year — and the distance from Meghan Markle is already weighing on him.

Prince Philip Through the Years: The Duke of Edinburgh’s Life in Photos

Harry, 36, will join grandmother Queen Elizabeth II and the rest of his extended family at Prince Philip‘s funeral on Saturday, April 17. The Duke of Sussex will stay in England “for a week,” a source tells Us Weekly exclusively. The pregnant Suits alum, 39, stayed in California on her doctor’s recommendation as the pair await the arrival of their second child.

“He’s already really missing Meghan and Archie and has been FaceTiming them every day to check in,” the insider adds. “He actually speaks to Meghan a few times a day because he worries [about] leaving her when she’s so far along in her pregnancy.”

The couple welcomed son Archie in May 2019. News broke in February that Meghan is pregnant with baby No. 2 after previously suffering a miscarriage last year. The same month, Philip was hospitalized as a “precautionary measure” after feeling unwell. The Duke of Edinburgh was discharged one month later after having heart surgery. Buckingham Palace confirmed on Friday, April 9, that he had “passed away peacefully” at 99. 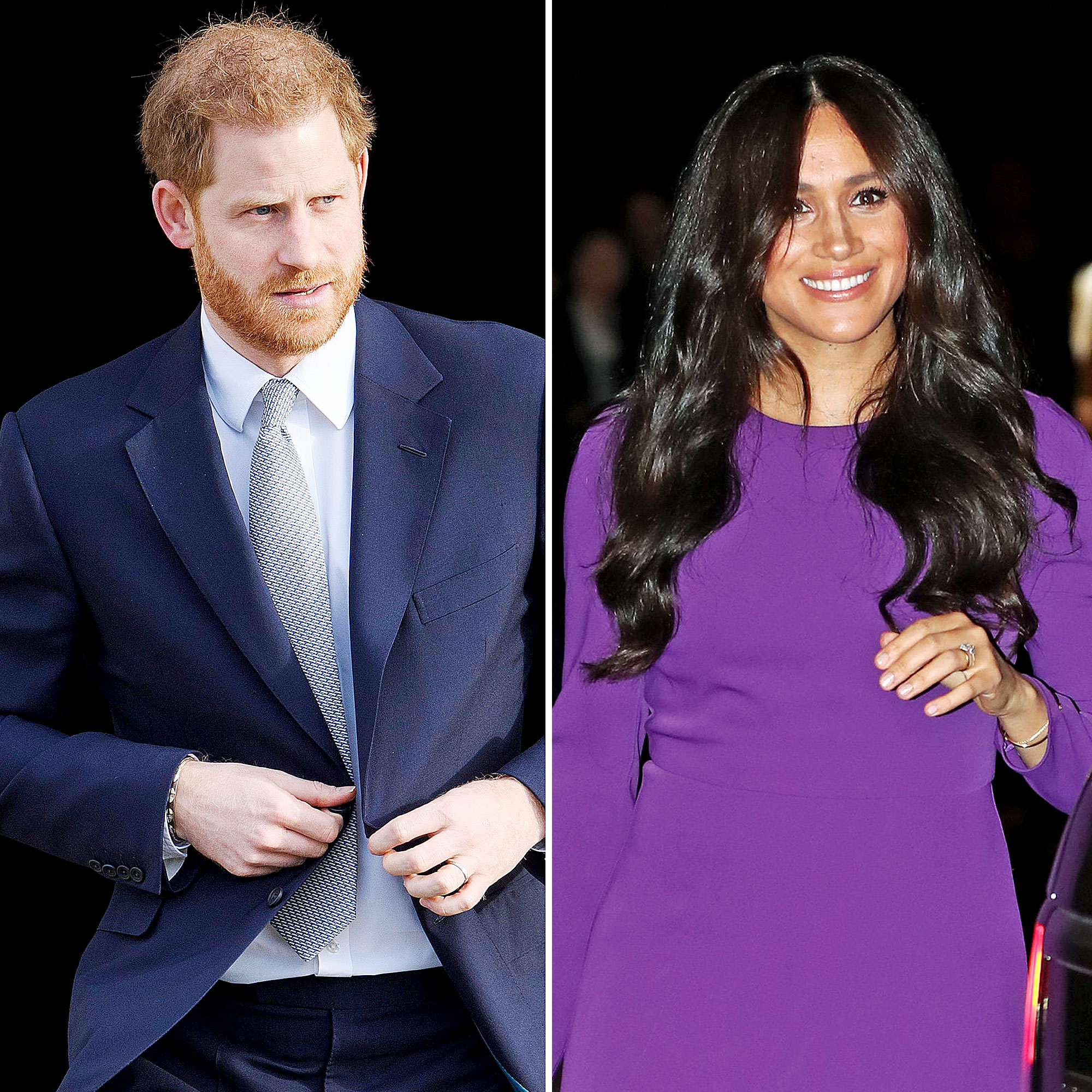 “The Royal Family join with people around the world in mourning his loss. Further announcements will be made in due course,” a statement read.

Shortly after his grandfather’s death made headlines around the world, Harry and Meghan issued a brief tribute on their Archewell website, celebrating the late royal’s decades of service. On Monday, the prince reflected on his relationship with Philip in more detail.

“My grandfather was a man of service, honour and great humour. He was authentically himself, with a seriously sharp wit, and could hold the attention of any room due to his charm—and also because you never knew what he might say next,” Harry said in a statement obtained by Us. “He will be remembered as the longest-reigning consort to the Monarch, a decorated serviceman, a Prince and a Duke. But to me, like many of you who have lost a loved one or grandparent over the pain of this past year, he was my grandpa: master of the barbecue, legend of banter, and cheeky right ‘til the end.”

Philip was “a rock” for his wife of more than 70 years, Harry recalled. “You will be sorely missed, but always remembered — by the nation and the world,” he concluded. “Meghan, Archie, and I (as well as your future great-granddaughter) will always hold a special place for you in our hearts.”

Before the funeral on Saturday, Harry is quarantining at Frogmore Cottage. A second source previously told Us that the philanthropist felt “guilty” that he couldn’t be back home sooner to comfort his mourning family or to say goodbye to his grandfather, “who he had a close bond with.”

Prince Harry and Meghan Markle’s Drama: Everything to Know

Coping with the loss has been a challenge for the whole family, but the queen, 94, is doing her best to stay strong. Her youngest son, Prince Edward, discussed the emotional weekend with reporters after visiting Windsor Castle on Saturday, April 10.

“It’s been a bit of a shock. However much one tries to prepare oneself for something like this it’s still a dreadful shock. And we’re still trying to come to terms with that. And it’s very, very sad,” the 57-year-old Earl of Wessex said, while his wife, Sophie, Countess of Wessex, added that “the queen has been amazing” through the tragedy.