How Much Is Prince Harry Getting Paid For His Memoir?

Prince Harry is set to drop what will likely be some major bombshells in his new memoir, which is expected to be released in late 2022, after announcing the news that probably has his family gritting their teeth and royal watchers rubbing their hands with glee.

It was confirmed on July 19 that Harry will be putting pen to paper to tell his story as he announced to the world that he’d teamed up with Penguin Random House to release his first memoir. The father of two explained in a statement that he’d decided to write it “not as the prince [he] was born but as the man [he has] become” (via The Guardian).

The former senior member of the royal family also claimed that the book — which will also be accompanied by an audiobook version — will be “a first-hand account of [his] life” which he described as being “accurate and wholly truthful.” Prince William’s younger brother said that he’ll be sharing all about “the highs and lows, the mistakes, the lessons learned” in the hopes that he “can help show that no matter where we come from, we have more in common than we think.”

But how much is Harry really getting paid to lift the lid on his very high-profile life? Read on for all the money talk.

Prince Harry is reportedly making millions from his memoir 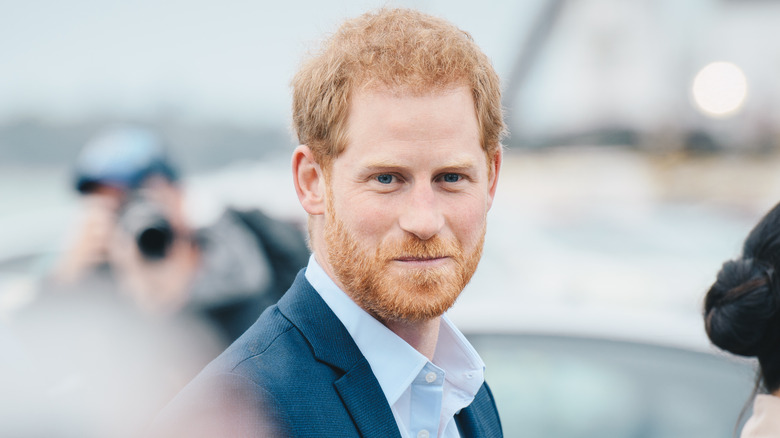 It sounds like Prince Harry will be making serious bank from his upcoming memoir. And we mean serious bank. According to experts who spoke to Daily Mail, it’s thought Harry could make $20 million just in an advance payment, with more added onto that once the book actually goes on sale.

But it sounds like he has no plans to keep that cash. Harry confirmed that he’d be donating the potentially multi-million dollar “proceeds” of his tell-all to charity, though it’s not yet been confirmed which charity, or charities, he’s chosen (via The Guardian).

Entertainment reporter Peter Ford pointed out though that it’s not explicitly clear how much Harry plans to give away. “[Harry’s] statement says that proceeds will be going to charity, I might point out — this might be splitting hairs — but normally in that situation you say ‘all proceeds’ are going to charity,” he said (via Express). “It does not specify if those proceeds include the advance to write the book and the sales or is it both.”

Royal expert Richard Fitzwilliams also spoke about Harry’s charitable efforts to Daily Mail, noting he believes it’s “very important that an accommodation should be reached between the royal family and the Sussexes” before the book is made available in late 2022.

It seems like we’ll have to wait a little longer to see just how in-depth Harry goes when it comes to discussing his life.