Holly Willoughby, 38, couldn’t help but question Phillip Schofield’s behaviour during an episode of This Morning. The mischievous 57-year-old presenter took the opportunity to joke around with a purple face mask on the ITV daytime show, as Holly shot him quizzical looks. The blonde beauty turned to face Phillip, who was wearing the vibrantly coloured beauty product, as she exclaimed: “I mean, the stuff that entertains you, really.” Holly then revealed she had bought the item for the star as a gift and seemed to be bemused as to why he found it so intriguing.

She said: “Of all the things I could have got you in life, I didn’t know it was going to be as simple as a little plastic thing you put over your ears.”

Gushing about the present, Phillip added: “And it hasn’t even got any face mask stuff underneath it.

“I see all these face mask things and think, ‘What a waste of money’

Holly offered some insight into why her fellow presenter liked the face mask so much as she responded: “Do you know what it is?

“I know what it is, I know why you like it, because it brings out that child that likes a Batman mask. 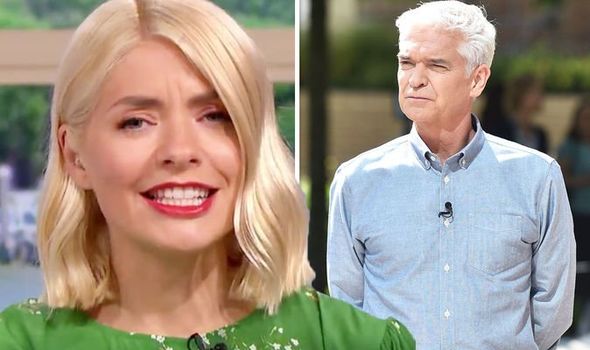 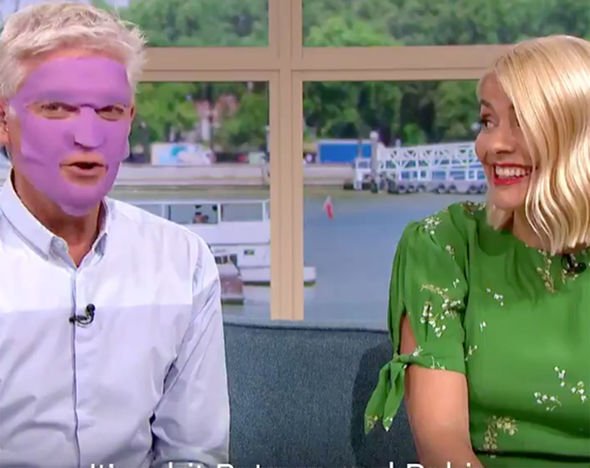 The famous Batman theme song then started playing in the studio as Philip smiled at the camera and said: “Not many people know, that I am Presenter Man!”

He then began to pull the face mask up in an attempt to reveal his secret identity, as he excitedly continued: “You didn’t know who he was, but… It’s me!”

Holly showed off the pair’s signature banter as she jokingly said to the camera: “Send for help, send for help.”

Elsewhere, it has been reported that Holly Willoughby is feeling “burdened” by Phillip Schofield’s apparent feud with Amanda Holden, 48. 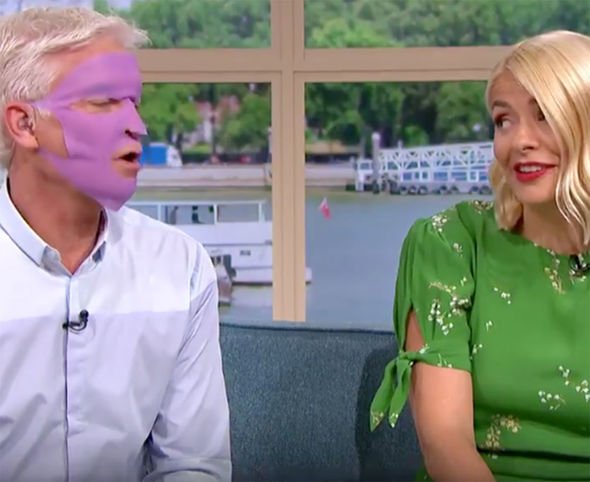 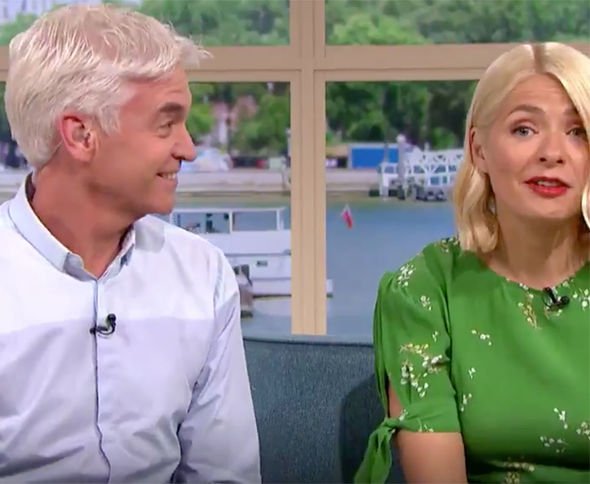 “She was really upset and feels she has a duty to defend him and she’s already trying to make big moves to quash the negativity from Amanda.”

The source’s claims come after it was suggested Phillip “blocked” the Britain’s Got Talent judge from standing in for Holly when she took a break from This Morning last year and wanted Rochelle Humes, 30, to get the job instead.

In light of the reports, an ITV spokesperson told Express.co.uk: “Presenter line ups on This Morning change regularly and final decisions on these line ups are made by producers and not the presenters.

“Phillip Schofield is a much loved broadcaster and part of the ITV family. He is a consummate professional and held in high regard at ITV.”

Phillip also spoke out about the speculation on Twitter in view of his four million followers, writing: “The end of another really sad weekend.

“When you try for 35 years to be the easiest, most fun person to work with and you read such hurtful and wildly untrue stories from nameless ‘sources’. Obviously I’ll take it on the chin… I just hope you know me better.”

This Morning airs weekdays at 10.30am on ITV.