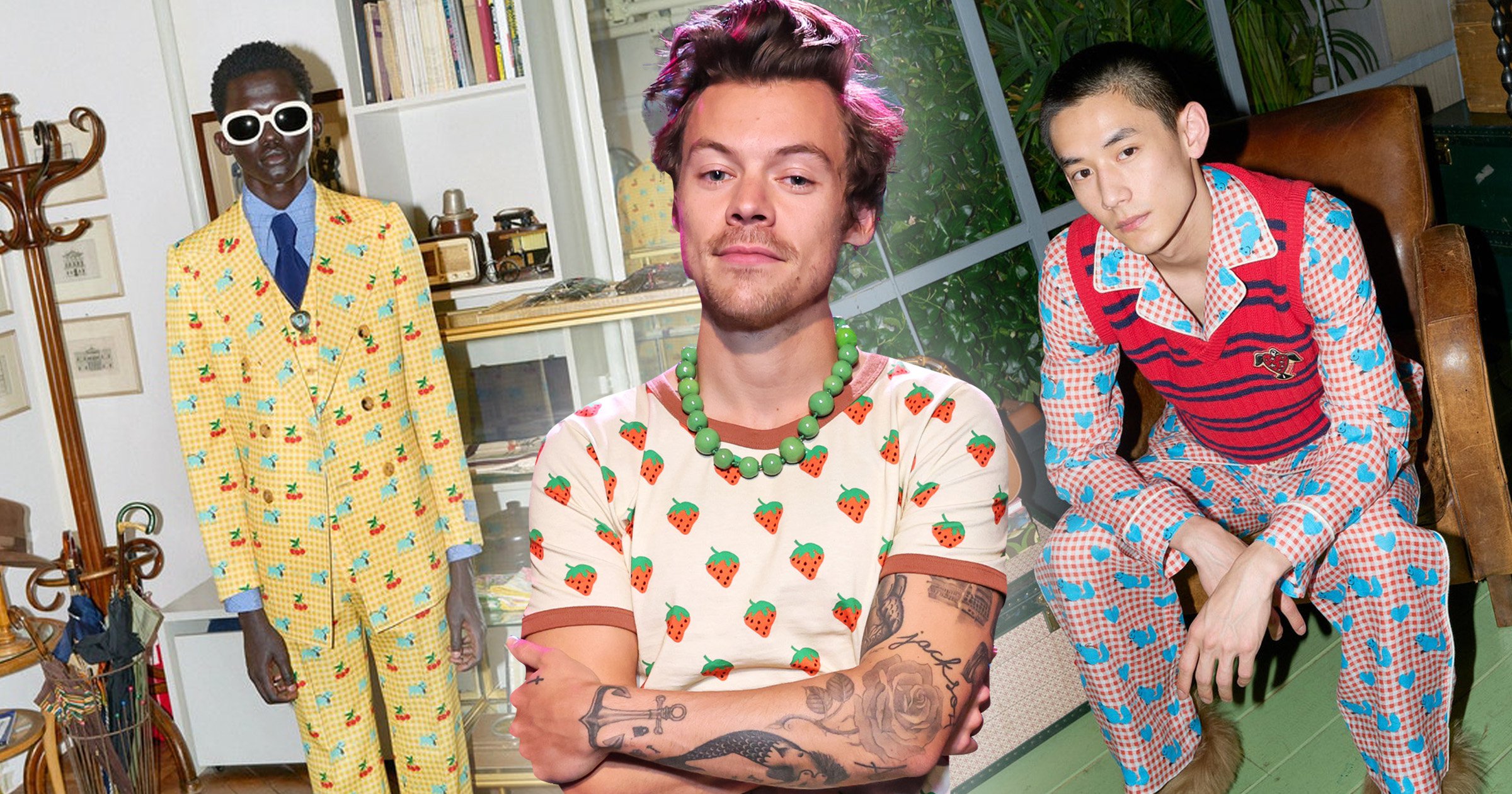 Harry Styles is having the last laugh as he’s set to drop a collection with Gucci that’s aptly called HA HA HA (presumably named after the two who designed the pieces).

The As It Was singer has been blessing us with his unique fashion sense for years, with standout looks ranging from the dress he wore on the cover of Vogue to the recent caterpillar-inspired jumpsuit, and of course his enviable set of pearl necklaces.

Well, it was inevitable that a high-end fashion house would snap up the trendsetter and it seems Gucci beat the others to the punch.

Harry, 28, has collaborated with Alessandro Michele to design a capsule collection that features a range of suits that mix both masculinity and elegance while emoting the singer’s playful energy. The collection also includes trousers, shirts, coats and accessories.

Alessandro said in a statement: ‘Harry has an incredible sense of fashion.

‘Observing his ability to combine items of clothing in a way that is out of the ordinary compared to the required standards of taste and common sense and the homogenisation of appearance, I came to understand that the styling of a look is a generator of differences and of powers, as are his reactions to the designs I have created for him, which he has always made his own; these reactions restore me with a rush of freedom every time.

‘The idea of working together came to me one day while we were talking on the phone: I proposed creating a ‘dream wardrobe’ with him, starting from those small oddities that come together in childlike visions. We ended up with a mix of aesthetics from 1970s pop and bohemian to the revision of the image of the gentleman in an overturned memory of men’s tailoring.’

The designer added to WWD: ‘Harry has a very clear and precise point of view, on top of great instinct and he chooses his clothes with much care. The idea of this capsule is banal in its simplicity, and it’s an act of love, but it has value, it’s sophisticated and we paid a lot of attention to fabrics and sartorial details.

‘It was a lighthearted activity and easy with this kind of relationship. But the result is serious.’

Harry has clearly loved Gucci for some time, having met the brand’s creative director several years ago, while often wearing their pieces on stage.

It’s a wonder how the Watermelon Sugar singer has had the time to collaborate on a fashion collection as he’s been busy performing on his Love On Tour shows, which debuted in the US late last year and is currently making its way around the UK.

Last month, Harry released his third solo album Harry’s House and is enjoying the continued success of its chart-topping lead single As It Was which refuses to budge on the charts.

Jeez, he must be exhausted!