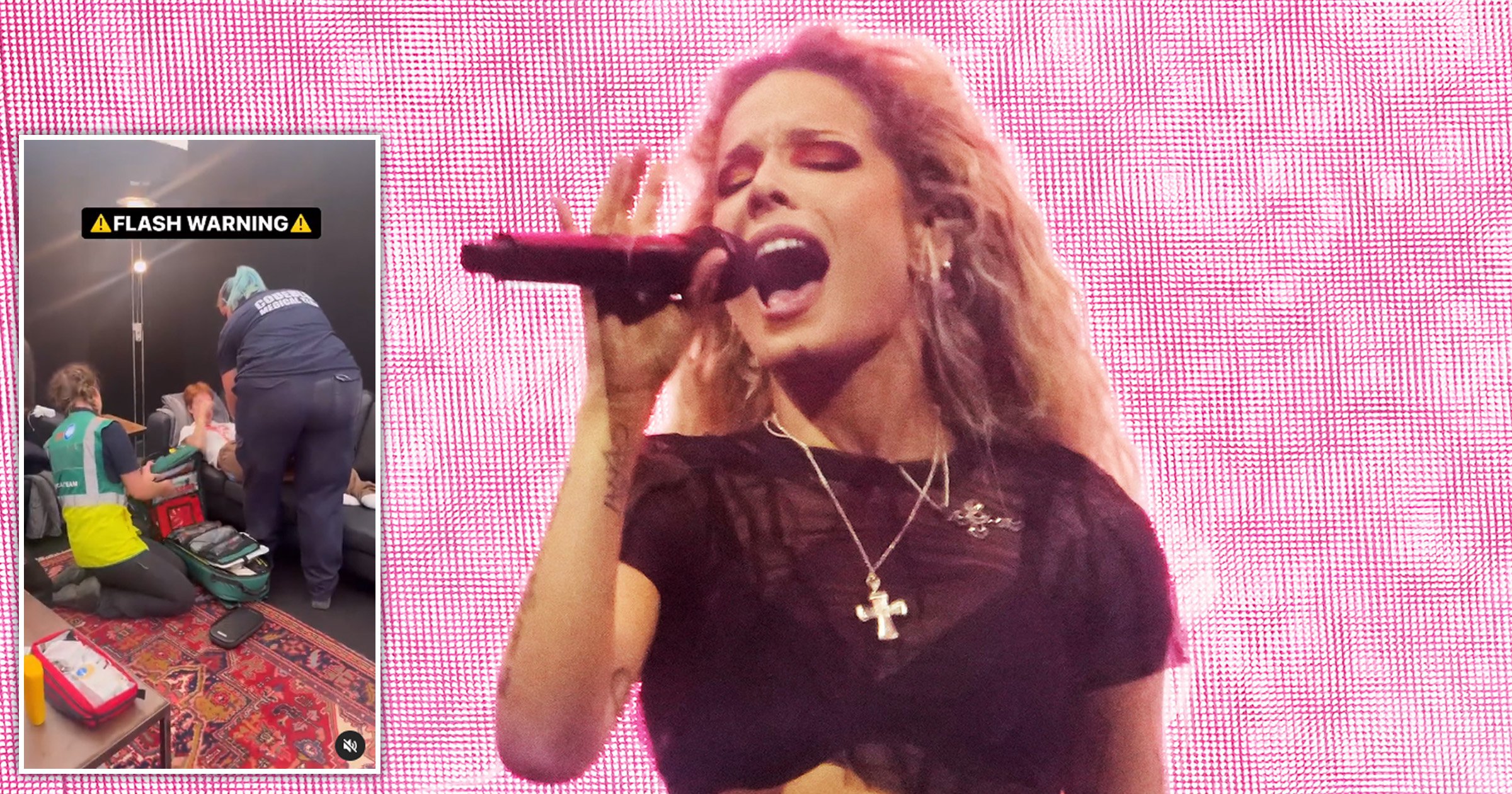 Halsey has ‘no idea how they’re still alive’ after suffering ‘terrible’ food poisoning ahead of Leeds Festival.

The singer took to the stage like a boss as the second headliner on Saturday night, battling through sickness despite receiving medical attention just before performing.

Halsey took a break mid-song, revealing to the crowd that they had been unwell all day with a bout of food poisoning, but continued to power through their set, which included a cover of Kate Bush’s resurgent Running Up That Hill (A Deal with God).

Offering a behind the scenes look at the drama prior to hitting the stage, Halsey shared a video of themselves lying on the couch in their dressing room while two medics cared for them.

Even will applying their make-up, Halsey was hooked up to an IV, before heading out to the audience of thousands to scream their lungs out and deliver killer live performances of their hits.

After leaving the stage, Halsey was seen lying on the floor with an oxygen mask on their face, covered in a blanket and surrounded by medical staff.

Taking to their Instagram Story, Halsey wrote: ‘I have no idea how I’m still alive after my Leeds set. I have terrible food poisoning STILL!’

They continued to share details: ‘It started yesterday at 2pm and I somehow made it on stage (after the medical team at the festival were soooo helpful!).

‘I have played shows under some messed up conditions but last night might be the worst in recent memory’.

Halsey added that they ‘felt like I was on Jupiter the whole time’, before thanking fans for their support.

‘Thank you for being so cool and letting me basically do whatever just to survive the set! You guys would have been an unreal crowd under ANY circumstances let alone those.’

Halsey is now resting up ahead of Reading, where the likes of Arctic Monkeys, The 1975, Megan Thee Stallion, Bastille, and Wolf Alice will perform.

The American singer-songwriter’s set includes some of their most famous tracks, including Without Me, Nightmare, and I Am Not A Woman, I’m A God.

They’ll perform on Main Stage West this Sunday from 8.25pm until 9.40pm.