Giovanni Pernice has been single since he announced his breakup from Ashley Roberts after more than a year together – but the Pussycat Doll was not the first high profile star the Strictly Come Dancing star has been linked to.

And now, the 30-year-old is rumoured to be romancing another star who fans will be familiar with, as he's been linked to Love Island's Maura Higgins.

The professional dancer previously dated his Strictly partner Georgia May Foote back in 2015, as well as enjoying a romance with TOWIE's Jess Wright.

Meanwhile, Ashley, who first met Gio on the BBC show, has been previously linked to her Saturday Night Takeaway co-host Declan Donnelly, which the pair denied, as well as a long-term relationship with American dancer Kenny Wormald.

Giovanni sparked dating rumours with Love Island star Maura Higgins after the pair appeared to escape to Cornwall together.

The pair initially sparked rumours when they began following each other on Instagram before sharing some very similar scenic photos the following weekend.

While they weren’t together in any of the photos, beady-eyed fans were quick to clock that they were in the same hotel before another guest confirmed the sighting.

Sharing the sighting on Instagram, they wrote: "Ooh and finally finally you just never know who you'll spot at a place like @polurrianonthelizard!! I spotted two Love Islanders and a rather well known dancer."

Maura has been enjoying the single life since her shock split from former Islander Christopher Taylor.

Rumours swirled that the famous Strictly curse had struck when Giovanni and Georgia took to the ballroom floor during the 2015 series of Strictly Come Dancing.

The pair initially denied a romance, however after Georgia announced her split from her Coronation street co-star and boyfriend Sean Ward, the duo confirmed they were in a relationship.

They enjoyed a romantic New Year's Eve trip to Paris and Georgia gushed about her boyfriend to the Daily Mail: "Gio is everything to me. I'm 100 per cent happy with Gio.

"He's smitten and I'm the same. We trust each other. We fell in love as friends before anything happened."

But just eight months later and the pair had called it quits, with Georgia announcing their decision to part ways on Twitter, which Gio then reposted.

"It is with great sadness we have decided to split up. There is nobody else involved. Although it was not an easy decision to make, sometimes you realise that it is better to be friends and this is one of those times.

"We both have very busy work schedules for the rest of the year so we are both going to focus on our upcoming work projects and we wish each other well for the future."

Following his split from Georgia, Giovanni went on to date TOWIE star Jess in secret for three months before they confirmed their romance.

The couple started dating at the end of 2017 before Giovanni shared a loved-up snap of them celebrating Valentine's Day a few months later. 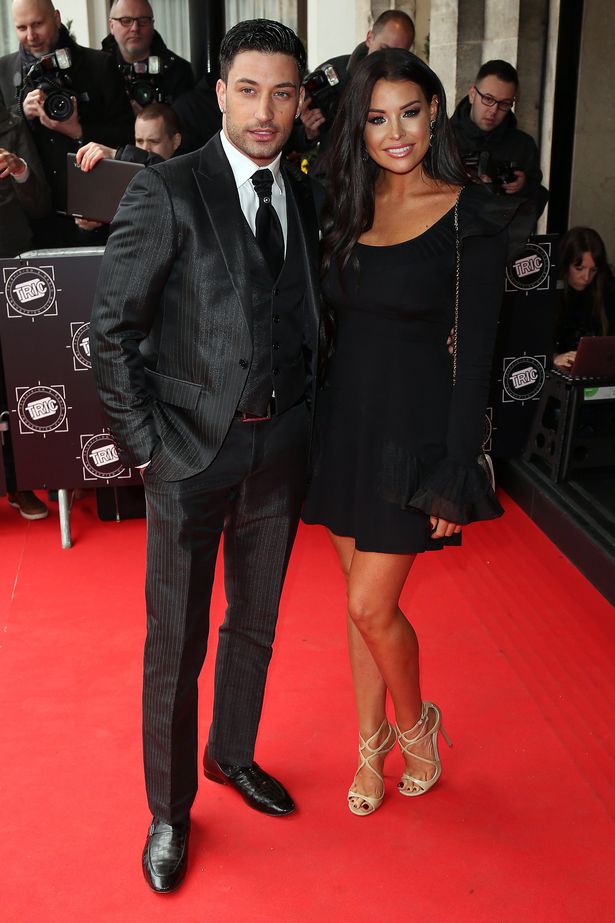 It's thought the couple met through Jess's brother Mark Wright who had appeared on Strictly Come Dancing and was introduced via his connections.

But it was only a couple of months later that the pair split when Gio called time on the romance, reportedly because of her popularity leaving Jess heartbroken.

Meanwhile, Ashley Roberts has remained single since her split from Giovanni last January, although she has admitted she is looking for love.

Speaking to Th Sun, she recently said: "I would like to share my life with someone whose company I enjoy and who supports me.

"But, then again, I’m really good on my own. So this is the thing, it’s finding someone to go on adventures with."

When Ashley Roberts came runner-up on I'm A Celebrity… Get Me Out Of Here back in 2011, after three weeks in the jungle the Pussycat Dolls went to the after party to celebrate.

She was spotted talking to ex-TOWIE star Mark Wright during the shindig and it was reported that when she left after an hour that Mark and a pal followed.

And despite Mark, who was yet to meet his now wife Michelle Keegan, saying on the ITV2 companion show that he thought Ashley was "hot", a romance was never confirmed.

The I'm A Celeb host declared how much he fancied Ashley while presenting her series and even Joe Swash attempted to ask the dancer out on a date live on the show.

Rumours of an Ashley and Dec romance swirled for years afterwards, and became more intense when she joined the cast of their Saturday Night Takeaway show.

However, once again it was reported nothing ever happened and Dec went on to marry his now wife and mother of his child Ali Astall. The pair had known each other a decade before they started dating in 2014 and then married in 2015, she gave birth to their daughter Isla in September 2018.

Before Ashley became a household name on British reality TV, she was in the Pussycat Dolls and in a long-term relationship with fellow dancer Kenny Wormald.

They dated between 2003 to 2009 during the height of her fame with the girl group which later split in 2010, and has just recently reformed ten years after first disbanding.