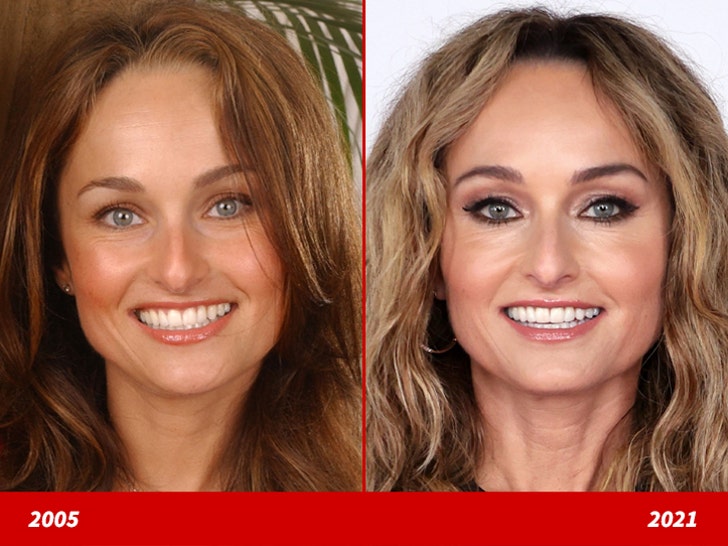 Here is a 35-year-old version of the Emmy award-winning culinary host showing off her sweet looks at a photo shoot in her home in Los Angeles back in 2005 (left).

And, 16 years later — the delicious host who is spending this weekend celebrating her 51st birthday — was most recently seen showing off her flawless face at an award show in Burbank, California earlier this summer (right).

GDL has had quite a career from hosting shows on Food Network to writing a number of cookbooks and owning several restaurants.