Paramount+ has revealed the first look photo for the upcoming series School Spirits!

The first image features the full cast of the show, which includes Disney alums Peyton List and Milo Manheim, and it gives us major The Breakfast Club vibes.

See the photo and learn more about the show inside…

Here’s a synopsis: School Spirits focuses on a teen stuck in the afterlife who decides to investigate her mysterious disappearance alongside a group of other students who are also stuck in limbo at their high school. 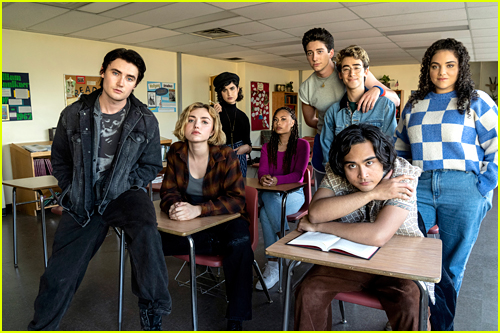 The upcoming eight-episode series is based on the upcoming graphic novel by Nate & Megan Trinrud and Maria Nguyen. It is currently filming in Vancouver and will debut on Paramount+ in 2023. The graphic novel will also be out in 2023, in the fall.