Sam Taylor-Johnson, 54, and her husband Aaron Taylor-Johnson, 30, are permanently marking their love for each other in the form of tattoos! The Fifty Shades of Grey director and the actor decided to have their first names inked on their shoulder and chest areas and showed off the end result on the tattoo artist, Doctor Woo‘s Instagram page. The loving wife is standing in front of her hubby in the close-up pics, which were posted on June 1, and his name, “Aaron” is newly tattooed in cursive letters right on her collarbone.

Aaron is standing behind her and showing off what appears to be an older tattoo reading “Sam” in the same cursive letters on the left part of his chest as well as a new hummingbird right above it. “Captured a healed hummingbird on Aaron and added some love ✍🏼 for Sam ✨❤️#hideawayatsuitex #healedneedle,” Doctor Woo wrote in the caption for the pics.

Once the pics were posted, Doctor Woo’s followers were quick to comment on the epic artwork. “That’s the most beautiful hummingbird tattoo I’ve ever seen ❤️,” one follower wrote while another simply said, “Wow.” Another called Sam and Aaron’s tattoos “couple goals” and Sam herself also commented with two red heart emojis. 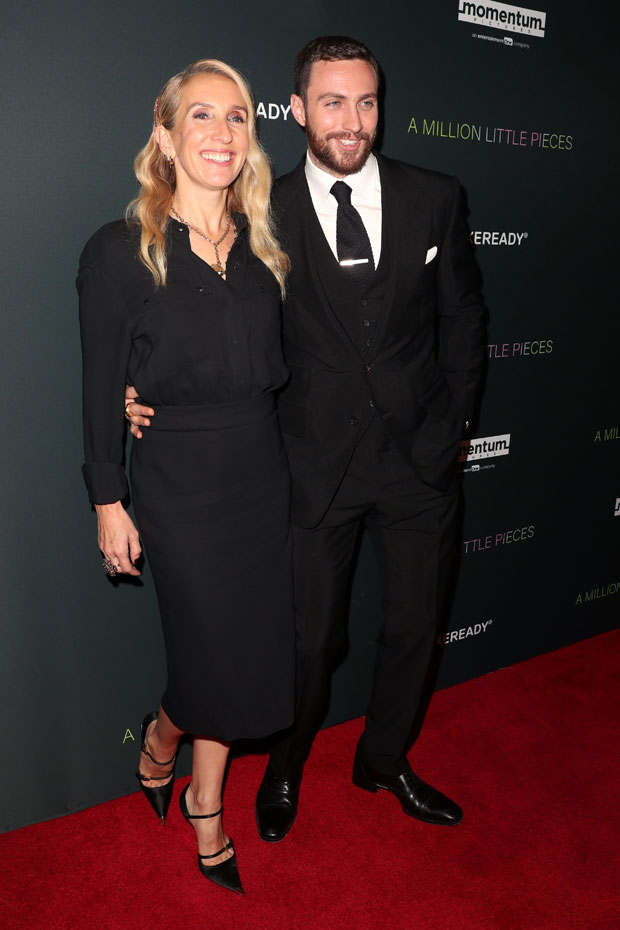 Sam and Aaron’s matching name tattoos come just weeks before they will celebrate their ninth wedding anniversary on June 21. The lovebirds first met on the set of Nowhere Boy, the 2009 film that Sam directed and Aaron starred in. After being in a relationship, they married at Babington House in Somerset, England in 2012 and now share two daughters together. Sam also has two daughters from her ex Jay Jopling, whom she was married to from 1997 until 2008.

In addition to their first film, Sam and Aaron worked on the 2019 film A Million Little Pieces together and plan on working on the upcoming flick Rothko, a biographical drama. Aaron also just agreed to star in Kraven The Hunter, which is about a villain in the Spider-Man universe.