Facebook responded to Kevin Sorbo’s claims that the social media site removed his page without any explanation.

In a statement provided to Fox News, a Facebook company spokesperson said that Sorbo’s account was removed from the platform over posts he made about the coronavirus and vaccine.

“We removed Kevin Sorbo’s Page for repeatedly sharing debunked claims about the coronavirus or vaccines,” the statement reads.

The openly conservative actor appeared on “Fox News @ Night” Monday alongside his wife, Sam Sorbo, to discuss what he believed was cancel culture run amuck after the social media platform took down his official verified account. He said at the time that he was not given prior notice or an explanation.

But a Facebook spokesperson that per its policy, Sorbo’s account was notified twice that it had 48 hours to remove posts that promoted alleged misinformation prior to its policy change. After the offending account allegedly failed to act, the page was removed. It’s unclear specifically which posts violated the site’s new policy.

Sorbo quickly took to Twitter to promote a new page, but that was promptly taken down by the social media site as well. The spokesperson noted that it is against the company’s rules to create a new page to avoid enforcement of punishment on a previously offending page.

“FACEBOOK DID IT AGAIN!” Sorbo tweeted Wednesday. “I created my new page about a week ago, and with roughly 5 total posts, it has been deleted. No politics, just a few funny posts my kids sent me. Censorship at its finest, spread the word!”

Representatives for Sorbo did not immediately respond to Fox News’ request for comment.

The site recently updated its policies on COVID-19 misinformation in an effort to crack down on pages and people who they say post potentially misleading or fraudulent claims about the pandemic to users.

“As the situation evolves, we continue to look at content on the platform, assess speech trends, and engage with experts like the World Health Organization (WHO), government health authorities, and stakeholders from across the spectrum of people who use our service, and we will provide additional policy guidance when appropriate to keep the members of our community safe during this crisis,” the company’s website reads. 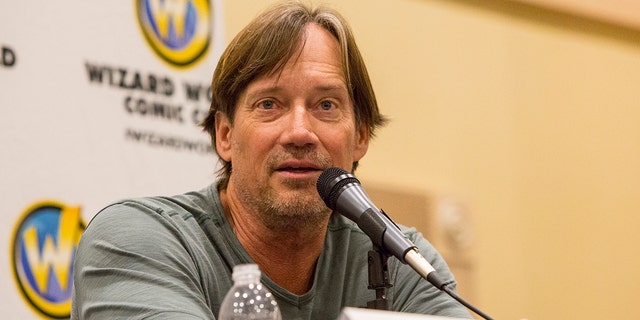 Kevin Sorbo claims he was not told by Facebook why his account was removed.
(Barry Brecheisen/Getty Images)

During his interview, the “Hercules” actor said that he was not given any prior notice or explanation for his initial verified page’s removal.

“I’ve been told absolutely nothing, I mean they’ve been shadow banning me for the last year telling me that they’re purposely only letting a select few people see the posts that I make,” he explained. “And the posts that I make, I do a lot of humor and obviously Facebook doesn’t like humor because they don’t have anything to laugh about.”