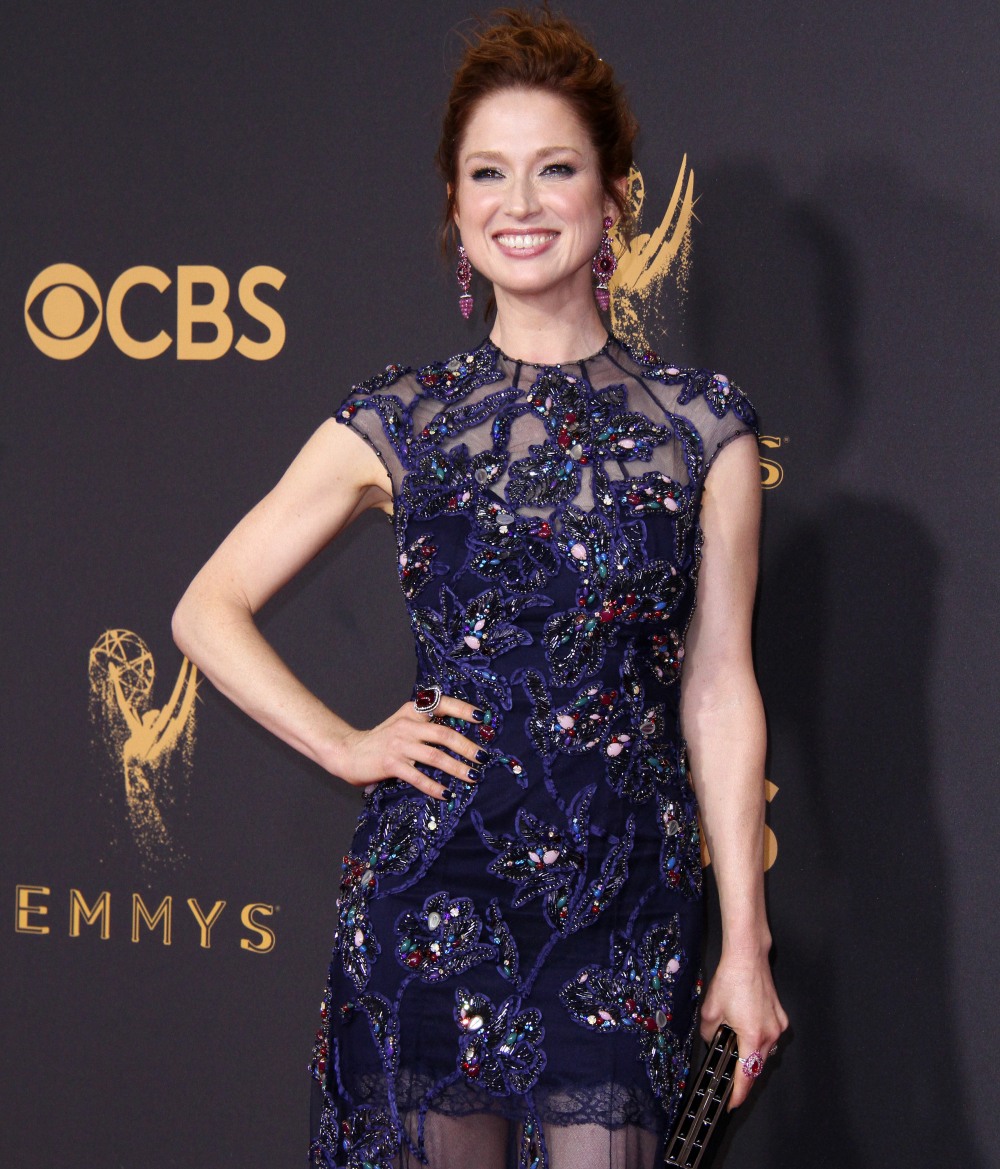 A week ago, one of the big gossip/pop-culture stories was Ellie Kemper and her past as a debutante. Ellie is from a very wealthy St. Louis family, and wealthy, old-money families like hers want their daughters to take part in local debutante balls. Much of the time, the debutante balls are steeped in history and that history can be pretty brutal, gross, racist and Confederate. So it was with the debutante ball in St. Louis. It was formerly called the Veiled Prophet Ball and it had been started by a former Confederate officer during Reconstruction. The original Veiled Prophet Ball was basically KKK-lite, and the young women who were crowned Queen of Love and Beauty were made to, like, pledge fealty to a Grand Wizard-type in white robes and a hood. The name of the ball was changed in 1979 and it stopped being all-white, twenty years before Ellie took part in it. When people on Twitter found the old photos of Kemper being named the Queen of Love and Beauty though, the ball’s tortured history came up. Well, a week passed and Ellie is finally saying something:

Ellie Kemper has spoken out about her past participation in a controversial Missouri debutante ball. Last week, the Unbreakable Kimmy Schmidt actress came under fire when photos surfaced of her being crowned the “Queen of Love and Beauty” at the Veiled Prophet Ball (now called the Fair Saint Louis) in 1999. The Veiled Prophet Organization was originally co-founded in the late 1800s by former Confederate officer Charles Slayback and other prominent white St. Louisans, who only permitted white people to participate up until 1979.

Kemper, 41, addressed the situation in a statement on Instagram Monday.

“Hi guys, when I was 19 years old, I decided to participate in a debutante ball in my hometown,” she began. “The century-old organization that hosted the debutante ball had an unquestionably racist, sexist and elitist past. I was not aware of the history at the time, but ignorance is no excuse. I was old enough to have educated myself before getting involved. I unequivocally deplore, denounce, and reject white supremacy. At the same time, I acknowledge that because of my race and my privilege, I am the beneficiary of a system that has dispensed unequal justice and unequal rewards.”

Addressing the backlash she received, the actress wrote, “There is a very natural temptation when you become the subject of internet criticism, to tell yourself that your detractors are getting it all wrong. But at some point last week, I realized that a lot of the forces behind the criticism are forces that I’ve spent my life supporting and agreeing with. I believe strongly in the values of kindness, integrity and inclusiveness. I try to live my life in accordance with these values. If my experience is an indication that organizations and institutions with pasts that fall short of these beliefs should be held to account, then I have to see this experience in a positive light.”

In a statement to PEOPLE on June 1, the Veiled Prophet Organization denounced racism.

“The VP organization is dedicated to civic progress, economic contributions and charitable causes in St. Louis,” the statement began. “Our organization believes in and promotes inclusion, diversity and equality for this region. We absolutely reject racism and have never partnered or associated with any organization that harbors these beliefs.”

Kemper ended her own statement on Monday with an apology.

“I want to apologize to the people I’ve disappointed, and I promise that moving forward I will listen, continue to educate myself, and use my privilege in support of the better society I think we’re capable of becoming,” she wrote. “Thanks for reading this.”

Whoever is writing the apologies for celebrities these days is doing a much better job, right? It used to be that we had to make do with Notes-app apologies starting with “I’m sorry you were offended.” Like, I think Ellie f–ked up when she was 19 years old. She knows she did and she’s sorry. She knows she benefited from white supremacy and she has the debutante photos to prove it. It’s more than likely that she had some idea of the racist past of the organization and ball when she was 19, but she was told “but everything’s fine now, we promise.” It is what it is – I’m not saying she should be forgiven, nor am I saying that there aren’t larger issues at play here. For me, the bigger issue is that the Veiled Prophet Organization still exists, still has those superficial and substantive ties to their Confederate, all-white past, and still hosts this f–ked up debutante ball which only got a modest rebrand in 1979.