DWTS Sharna Burgess Defends Her Relationship With Brian Austin Green: Its Not A Showmance

Sharna and Brian may be all-star performers on the dance floor, but their partnership is 100% real, Sharna says.

A little PDA never hurt anyone! Sharna Burgess, 36, took to her Instagram recently to defend her very public relationship with actor Brian Austin Green, 48, whom she coaches on Dancing With the Stars. In a series of photos of the two in rehearsal and also getting cozy, Sharna shared some of her feelings and anxieties with fans about being a partner to Brian both on and off the dance floor.

“For those that say we kiss too much, here’s a full [peach emoji] grab instead,” she began in the post. “But for real though, we kissed once in the first show that’s it. This isn’t a showmance, this is real life love and it’s a part of our journey.”

The TV star went on, “Every step. Every struggle. Every success. And anyone that thinks it’s an advantage I can assure you, it’s not. ITS [sic] SUPER HARD! We both wanted to push harder this week because we really want those scores to keep us in the competition, but in the process, we had a few moments of feeling hyper sensitive toward each other and struggled to find a happy positive work flow.”

The professional dancer went on to admit that coaching Brian as her boyfriend was definitely “hard” and that she was “still trying to find balance” between how much she loves him and how to “coach for perfection” for the show. “What I do know is I’m grateful for every second I get on that dance floor with him. What a dream to share this,” she stated.

Sharna and Brian have been dating for about a year and show no signs of slowing their romance down. Brian, who split from wife Megan Fox in 2020, has been pictured often with his new flame, all smiles and all impressive dance moves, obviously with his DWTS coach to thank! 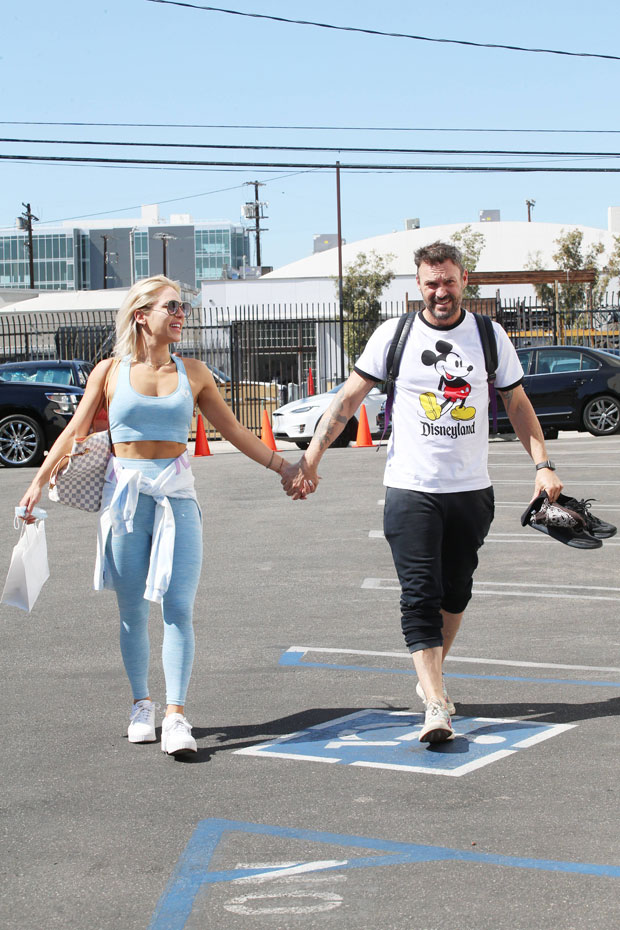 Following the premiere of DWTS this season, Brian and Sharna spoke to reporters from various outlets, including HollywoodLife, about navigating the competition series as a couple. Brian admitted he had anxieties about “disappointing” his pro dancer girlfriend. “I have much more of a fear of disappointing her because when we first were really spending more time with each other and dating, she used to talk about the fact that it would be so great if we could dance together,” he said. “Not on the show, but just in general.”

“And I was always like, ah, because that scares the crap out of me because she’s a dancer,” Brian continued. “So then coming here, it was like, man, if this doesn’t go well, I could crush that dream for her.”