Escape To The Chateau: Dick reveals glamping site plans in 2020

Dick Strawbridge took to social media last night to reply to an Escape To The Chateau viewer, who had a question about something they had spotted on the Channel 4 show. The Twitter user noticed an unusual shaped wooden box by the door of the kitchen and wondered what it was for.

Dick lives in France with his wife Angel and their children Arthur, eight and Dorothy, seven.

In 2016, the family moved into a 19th-century château and began renovating and restoring it.

“@dickstrawbridge Lovely to have a virtual glass of wine with you and Angel tonight but what is that beside the door?” the user wrote online.

They had uploaded a picture of the couple’s kitchen, with a circle drawn around the intriguing item. 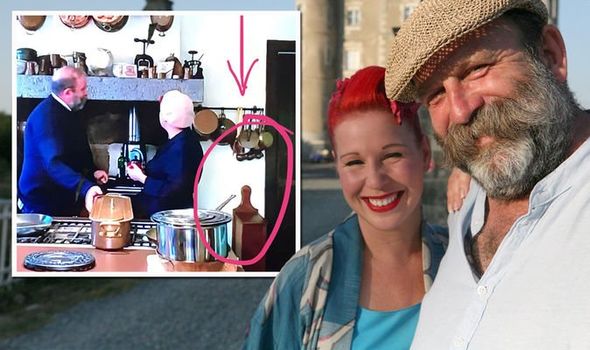 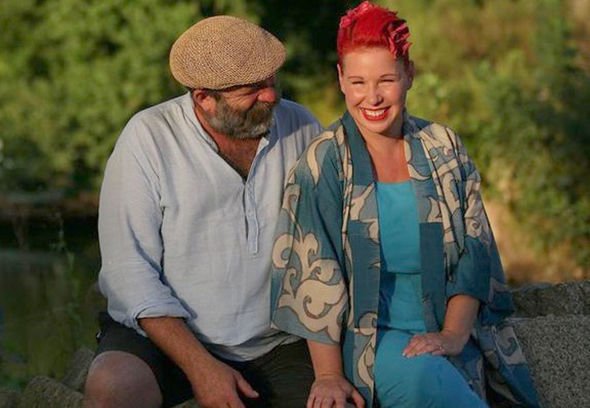 “It’s a baguette box you get them everywhere in France,” Dick explained.

Many took to the comments section to share their thoughts, saying they had also been left wondering.

“Yes, we noticed this, too, and it was discussed in the episode,” one person remarked, before adding: “And my question is: does it keep the baguette soft and fresh and how many can you get in the baguette box?”

Another added: “When we lived in France we noticed some homes had one – or just a pvc pipe with a flap on top – next to the mailbox for daily baguette delivery. 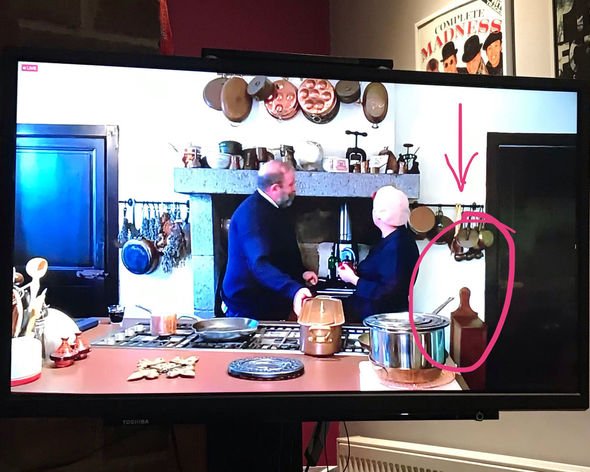 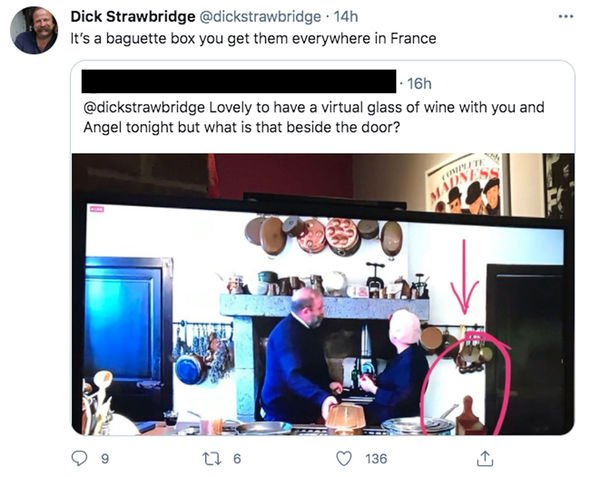 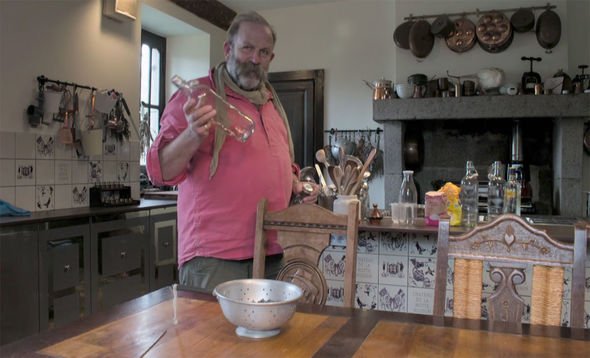 “Knew we’d seen one before but couldn’t place it at all! Enjoy the rest of your evening!”

An eighth series has not yet been confirmed.

Last night an episode from a previous season was shown.

Dick could be seen making some sloe gin and also creating a stunning library in the pepper pot tower, while Angel brought a ceiling rose back to life.

Viewers saw the mum-of-two come up with an idea to restore the light fixture and suggest it to her husband.

One fan of the show, who faced a similar situation, reached out to Dick via social media.

“@dickstrawbridge my wife and I love watching #escapetothechateau but a question if I may, any idea on how to stop a wife from saying ‘that gives me an idea’ #askingforafriend.

“If you find out please pass it on…” the TV star amusingly replied, in view of his 80,300 followers.

Alongside a string of laughing emojis, another follower replied: “I wish I had Angel’s creative mind.

“I love watching how she transforms everything into something so beautiful.

“Her ideas are fantastic… and Dick, you are great at making them happen too.”