Strictly stars Dianne Buswell and her radio DJ partner Tyler West are among the hopefuls to win the coveted Glitterball trophy this year. However, Dianne has now spotted something uncanny – and wonders whether it’s just a coincidence or a spooky superstition signalling that the pair could be about to claim the ultimate prize.

She shared her suspicions with her 867,000 followers just hours after Tyler participated in a charity marathon to boost his strength further.

Dianne had found two tiny mirrored squares on Tyler’s shoe, which she believed could only be a piece of disco ball.

“This I believe is a little bit of the glitterball and it was on the bottom of Tyler’s shoe. Is it a sign?” she asked via her Instagram Stories.

“It could be. We’ll find out,” the hopeful star teased, adding: “I’m going to keep this!” 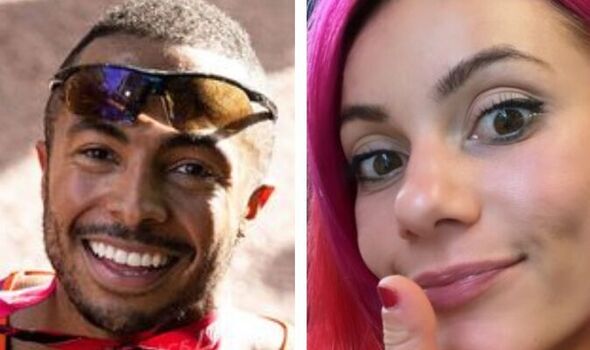 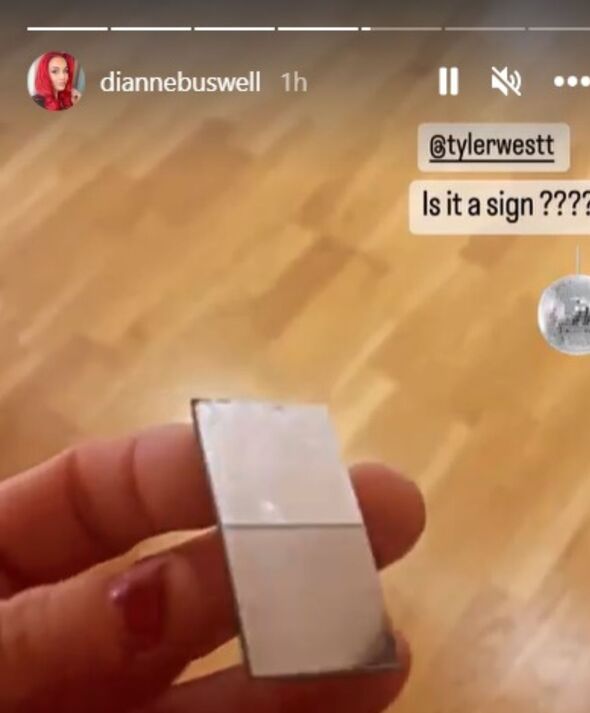 Just two days before Tyler competed in the marathon, he had been demonstrating his best dance moves for last weekend’s Strictly live show.

The pair had performed a boisterous jive together to the tune of Hit The Road Jack by Buster Poindexter.

After standing on the sidelines cheering Tyler on, Dianne joked on her Instagram Stories: “@tylerwestt was still on the run from last night’s bank robbery jive!

“So much so he just ran a marathon!!! Absolutely amazing, well done partner.” 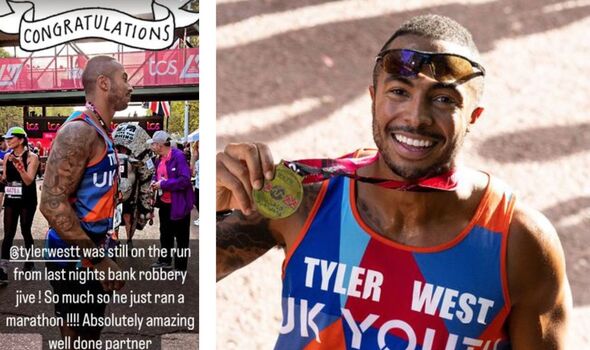 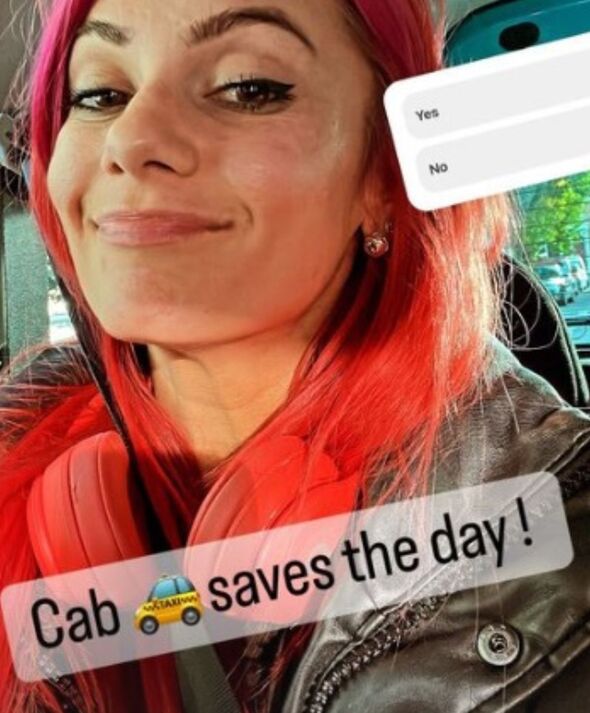 She later confided her fears that the mammoth run, in aid of Youth UK, might have left him exhausted.

“Obviously Tyler is a bit bruised and battered from the marathon, but fingers crossed that he recovers,” she shared.

“Although Tyler is in pain, hopefully he is coming in with a massive smile on his face,” the ballroom star continued.

Meanwhile, there were still outpourings of positivity for the pair online even today, after judge Shirley Ballas declared their performance on the dancefloor “the real deal”.

The pair had created a vintage Americana performance, utilising bank notes as props during their time onstage, and the audience had loved it as much as the judges did.

“You bring something you can’t teach. You’ve got an attitude, you’ve got a soul… I flippin’ loved it,” Shirley had exclaimed admiringly.

Now, as the pair head towards Movie Week, they are hoping to outshine other contenders.

However the likes of Will Mellor and Nancy Xu, who have already been tipped as favourite couple to win, are providing strong competition.

Meanwhile, Dianne also shared her angst with Instagrammers yesterday after accidentally getting on the wrong train.

Suddenly realising she was moving in a totally opposite direction to the one she had intended, she took to her Stories to reveal all about her adrenalin-fuelled journey.

“Getting on the wrong train means getting off at the wrong destination – love that,” she wrote sarcastically, delivering a selfie of herself with her thumbs up.

“Who else has been on the train and noticed an hour into their journey that they’re headed totally the wrong way?” she groaned, before adding: “Cab saves the day!”