Debbie Reynolds’ faith in God ‘got her through all the difficult times,’ son Todd Fisher says 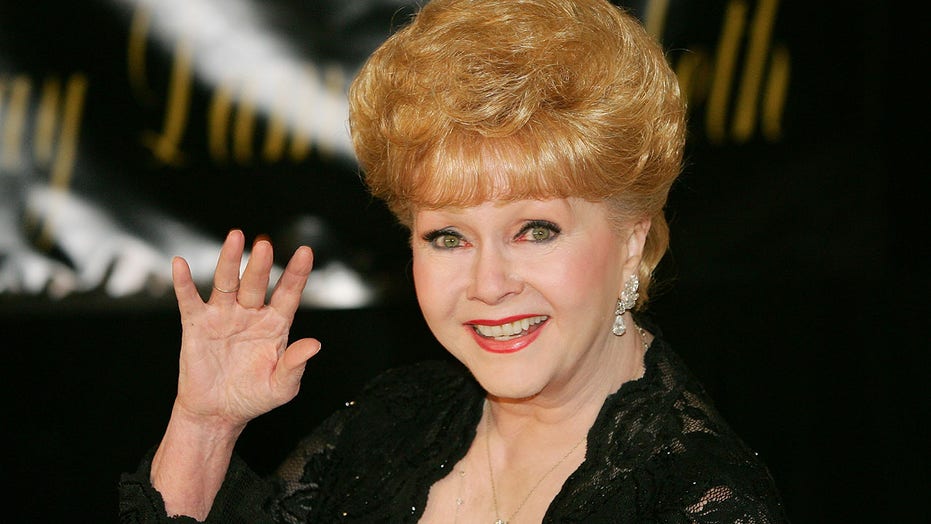 Debbie Reynolds relied on her faith in God during tough times.

The late star’s son, Todd Fisher, recently opened up about how the actress faced plenty of heartbreak during her marriages.

“Her survival capabilities came from her belief in God,” the 63-year-old told Closer Weekly. “Her faith got her through all the difficult times.”

Reynolds, known as America’s Sweetheart, married Eddie Fisher in 1955. The couple made a movie together, “Bundle of Joy,” which seemed to mirror the 1956 birth of their daughter, Carrie Fisher. The pair also had a son, Todd, named after Eddie’s close friend, Mike Todd. 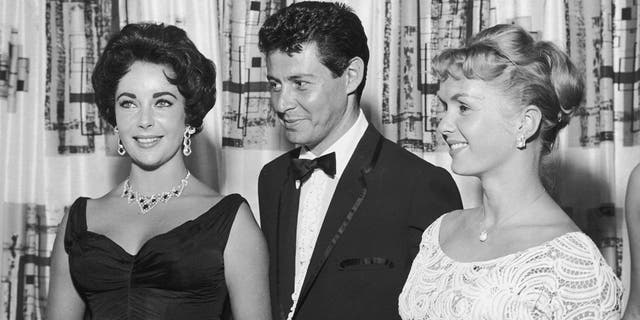 The producer, who was married to Reynolds’ pal Elizabeth Taylor, died in a 1958 plane crash. Fisher consoled the devastated widow. Soon after, Eddie announced he was leaving his wife and two children to marry the actress. Taylor was assailed as a husband stealer, the pop singer as a deserter. As Reynolds won sympathy as the innocent victim, Eddie’s singing career never recovered.

“My mother had this dream of having the perfect husband and the little family with a boy and girl,” said Fisher. “It happened, and then it didn’t happen. Truthfully, Eddie was the best of the husbands. He didn’t do anything with malice, and he didn’t take a penny from her.”

In an attempt to provide a stable home life for her children, Reynolds married shoe magnate Harry Karl in 1960. The union ended in 1973 when Reynolds discovered that Karl, a compulsive gambler, had devastated her assets. 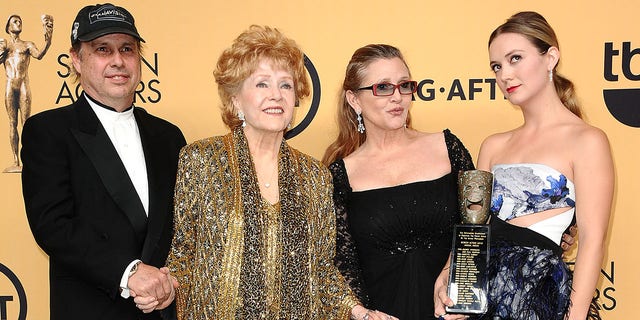 “The financial ruin was bad,” said Fisher. “But the foreclosure on her house, that was just humiliating.”

“He loved my mother, for sure,” he shared. “But she didn’t have any clue that he was going to turn into this nightmare gambler. Between the gambling, drinking and bad judgment, it eventually led to him cheating on her as well.”

Reynolds said “I do” once more to Virginia businessman Richard Hamlett in 1984. However, that union proved to be equally disastrous.

In 1992, against friends’ advice, she paid $10 million to buy and convert a faded Las Vegas hotel into the Debbie Reynolds Hotel and Casino. She performed nightly and conducted tours of her movie memorabilia. 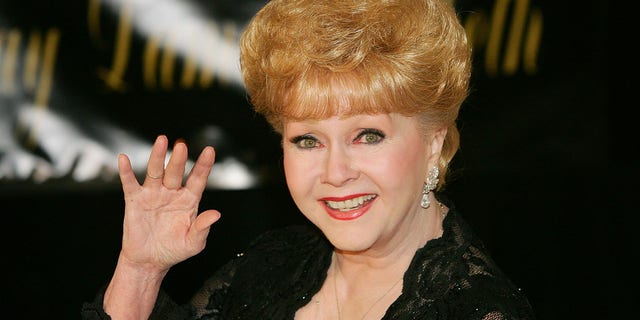 Reynolds, who ended up filing for bankruptcy in 1997 and selling the property at auction the next year, accused Hamlett of making off with her money.

“All of my husbands have robbed me blind,” she asserted in 1999. “The only one who didn’t take money was Eddie Fisher. He just didn’t pay for the children.”

Fisher’s opinion about Hamlett was clear.

“He was a very classy, good-looking guy,” he said. “I liked him right up until I learned he was stealing from her.” 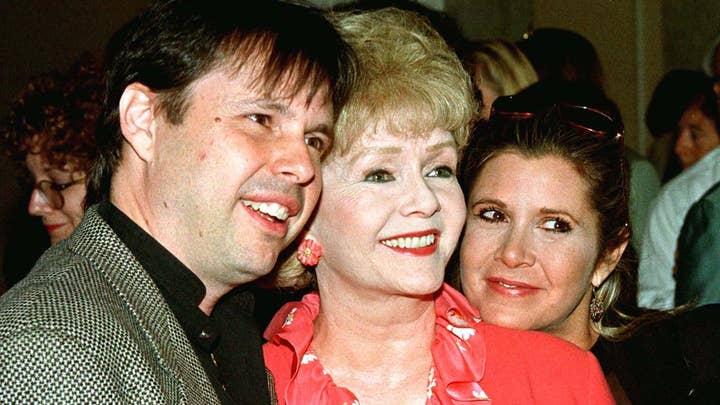 In her later years, Reynolds continued performing her show, traveling 40 weeks a year. She also appeared regularly on television, appearing as John Goodman’s mother on “Roseanne” and a mom on “Will & Grace.” Her books included the memoirs “Unsinkable” and “Make ’Em Laugh.”

In 2016, Reynolds died one day after her daughter Carrie. She was 84. Fisher later wrote a memoir about growing up with the two women titled “My Girls.”

“… Losing a mother and a sister so close together, it’s devastating,” he told Fox News at the time. “I think what was even more heartbreaking was the effect that it had on my niece. Watching the side effects of it are also very difficult… [But] looking at my mother, in particular, she would be furious if you were to go into depression and just become a recluse. She would want you to step out of it.”

“Now, of course, everybody needs to deal with it,” Fisher continued. “I’m a Christian. I happen to believe that we’ll all meet again… My mother was a Christian. She believed that. Carrie believed it. We’ll all meet again… Also, [Carrie] visits me in my dreams, and I appreciate that, too… It was very cathartic, writing the book. It was heartbreaking… But I had to do it. Without Carrie there to write all the family stories, I’m the last man standing. If something happened to me, those stories would be lost.”