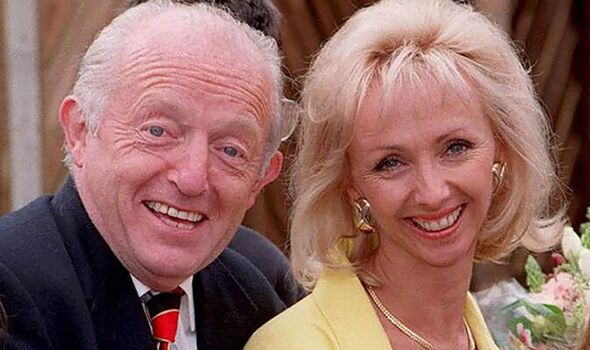 Debbie, 63, said: “Paul genuinely lit up a room when he walked in. “This cruel disease stripped him of everything within a few short weeks to the point where he collapsed on the bathroom floor and I held him as he wept and asked me what was happening to him.” Debbie was told the bleak diagnosis in February 2016 and tried to make Paul comfortable at their Berkshire home.

She said: “We had been given a prognosis of two months – in the end we had just one month and five days.

“We spent every moment together. When Paul was well enough we would stroll around the garden down to the water’s edge.

“We watched movies together and ate ice cream. Paul was never able to talk about his diagnosis but of course knew he was dying.

“On numerous occasions the GP would say I don’t think Paul will be here tomorrow.

“But Paul carried on as if he was willing himself to stay alive. We continued to share a joke until just two days before he died.”

Paul died on March 17, 2016, with Debbie at his side. Her words – revealed for the first time – were first told to Brain Tumour Research a year after Paul’s death.

Debbie gave her blessing to air her story to raise awareness.