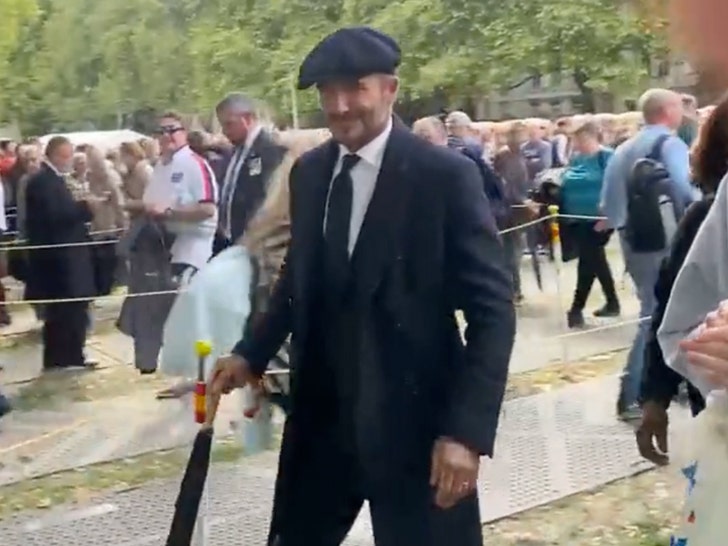 David Beckham jumped in line to pay his respects to Queen Elizabeth II on Friday morning … waiting hours with thousands of mourners to eventually see Her Majesty’s coffin.

Beckham told reporters at the line that he showed up to the London queue at 2 AM hoping to avoid massive crowds — but he said “everybody had that in mind,” so he’s been hanging patiently with normies for a while as the throngs of people slowly make their way into Westminster Hall.

Beckham dressed to the nines despite knowing the hours of standing he’d have to do to pay his respects, wearing a suit, shirt, tie and hat.

He said while waiting that he felt it was important to be there.

“I grew up in a household of Royalists and I was brought up that way,” the soccer legend said. “So if my grandparents were here today, I know that they would have wanted to be here so I am here on their behalf and on behalf of my family and to celebrate with everybody else here.” 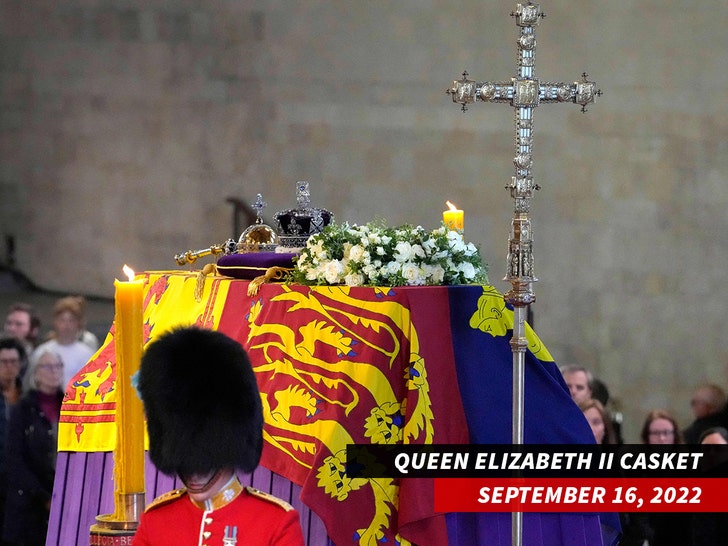 It’s been reported that lines to see the Queen could last as long as 14 hours on Friday … but Beckham made it clear he didn’t mind spending the time to make sure he got a glimpse of it all.

Queen Elizabeth — the longest-serving monarch in British history — died on Sept. 8. She was 96 years old.